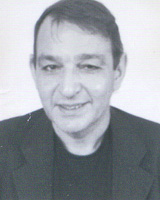 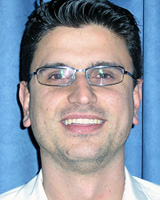 Kamaratos A, Lentzas I, Papathanasiou M, Gerakari S, Mariolis A, Alevizos A, Salvanos L, Kokkoris S, Melidonis A.  The role of general practitioners in the follow up of type 1 diabetic patients with insulin pump therapy . Rural and Remote Health 2007; 7: 657. https://doi.org/10.22605/RRH657

A quarter of a century after its introduction, continuous subcutaneous insulin infusion (CSII) is widely used in clinical practice; it is estimated (largely from pump sales) that there are now more than 200 000 patients with diabetes worldwide using CSII for their everyday treatment, with more than 130 000 in the US alone1. General practitioners are the cornerstone of most national health systems. The role of general practice and outpatient diabetes clinics in the management of diabetes is still a matter of debate2. This letter reports our initial clinical observation on the contribution of rural GPs in the management of type 1 patients with diabetes treated with insulin pumps.

Twenty-two patients (9 males) from the rural regions of southern Greece, treated with CSII, were followed up from January 2002 to January 2003 in our diabetes center. The mean age at initiation of CSII was 33 years (SD:11) and diabetes duration 18 years (SD:9). Every month the patients provided to the GPs and rural doctors of their regions information concerning their metabolic control; and every 3 months the patients were examined for weight, HbA1c, cholesterol, HDL, triglycerides, aminotransferases, urea, creatinine, total protein in 24h urine collection, as well as the frequency of blood glucose monitoring, insulin doses, number of insulin injections per day (prepump), emergency department visits, hospitalisations, infusion site infections, and episodes of severe hypoglycemia and referred to diabetes specialist. A program of structured meetings was implemented, during which GPs were educated by experts on the implementation of CSII therapy.

This study suggests that the role of GPs in the follow up and metabolic control of patients on CSII is important. Our results showed that frequent visits to GPs and diabetic specialists led to substantial improvement of metabolic parameters (HbA1c, daily insulin requirements), fewer hypoglycemic episodes and better quality of life. The role of GPs could be critical regarding the implementation of CSII therapy in type 1 patients with diabetes, with poor glycemic control who live in remote rural regions. These patients seem to have difficulty in making contact with specialised diabetes centers.

The close cooperation of the diabetes specialist with the GP, as well as continuous education and psychological support of patients are of cardinal importance in DM therapy in regions where contact with specialised diabetes centers is difficult due to geographical conditions.

Our study implied that the results of diabetic patients' care on CSII treatment in the context of distant rural practice are encouraging. Properly trained rural physicians can provide medical care of high quality to patients with diabetes. These findings reinforce the concept that the involvement of GPs in advanced diabetes care can represent a valid solution to the problem of the rising prevalence of the disease.

This PDF has been produced for your convenience. Always refer to the live site https://www.rrh.org.au/journal/article/657 for the Version of Record.