Clinical case of the late diagnosis of type-II schizencephaly 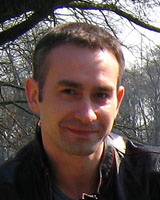 © Andrey Sitnikov 2007 A licence to publish this material has been given to ARHEN, arhen.org.au

The management of patients with epilepsy in rural areas is often hampered by the lack of diagnostic facilities and neuro-radiologists. There are many congenital abnormalities which can present with seizures only, or in combination with other neurological symptoms. This case report examines the occurance of the rare brain abnormality schizencephaly in a 14 year old boy, following a chain of management errors and incorrect treatments.

The management of patients with epilepsy in rural areas is hampered by the lack of diagnostic facilities and often by the absence of professional neuro-radiologists who can interpret CT scans or MRI data. There are many congenital abnormalities which can present with seizures only, or in combination with other neurological symptoms and these can be misdiagnosed. Knowledge of these conditions and proper management at the primary healthcare stage can avoid incorrect treatment and help select patients appropriate for surgical treatment.

There are two major forms of this rare brain abnormality: closed-lip schizencephaly (type I), with narrow clefts and lips fused in certain areas (pial-ependymal seam); and open-lip schizencephaly (type II), with widely separated walls encompassing an excessive cerebrospinal fluid space1. The sides of the clefts are generally lined with heterotopic gray matter2, which can cause abnormal neuronal activity resulting in epilepsy.

This case report is of a late diagnosis of schizencephaly which resulted in a chain of management errors and incorrect treatment of the patient.

The patient, a 14 year old black male, presented with repeating seizures (2-4 per day) and left-sided hemiplegia since birth. The seizures began in the left arm with following extension to the left leg, and secondary generalization. There was no pediatric history of other complications. His was a normal delivery at term from healthy parents.

On examination the child's general health was good. His HIV-status was negative and no signs of congenital or chronic infections were present. The patient was admitted to hospital several times with epileptic seizures, and he had been taking phenytoin as an anti-epileptic treatment (150 mg daily as a single dose) without any obvious clinical effect for 14 years.

A neurological examination revealed the following. The patient was fully conscious, Glasgow coma scale was 15. No meningeal symptoms were found. His pupils were equal in size, with photoreaction and corneal reflexes symmetrical and normal. A slight paresis of the facial muscles innervated by right VII, XII and IX cranial nerves was noticed. A left-sided hemiparesis with decreased muscles tonus and muscle sub-atrophy was also found. No abnormal reflexes were detected.

On cranial MRI, images of right-sided unilateral parietal clefts were detected lined by gray matter. The clefts were typical of open-lip schizencephaly, showing communication of the lateral ventricles and subarachnoid space (Fig 1).

The septum pellucidum was partially underdeveloped. The optic nerves and chiasm were normal and the interhemispheric fissure was intact. Compensatory enlargement of the right lateral ventricle was also detected, without a midline shift.

He was commenced on combined anti-epileptic therapy of carbamazepine 800 mg/daily and valproic acid 300 mg/daily (in divided doses).

After 4 days' treatment the seizures stopped and did not recur during 2 months' observation. No side-effects of the treatment were noted.

Many factors having a toxic influence on pregnancy (eg viral infections, genetic factors, and vascular or metabolic involvement) have been suggested as the cause of schizencephaly3. One hypothesis involves a developmental defect in the blood vessels supplying the cerebral cortex4, resulting in tissue death and cleft formation due to lack of oxygen.

Intractable seizures are frequently noted in schizencephaly. Several types of seizures have been reported, including generalized tonic-clonic, partial motor, and sensory seizures. Infantile spasms have been seen in a few children.

However, the presentation of epilepsy with severe local neurological symptoms, pathological changes of the cerebrospinal fluid or uncontrolled seizures requires a compulsory MRI, or CT-scan (sometimes both) for adequate epilepsy management. The management of different varieties of epilepsy requires the proper administration of anti-epileptic drugs, considering the cause of epilepsy and the pharmacological mechanism of the drugs' action. Doctors involved in primary health care in rural areas, where epilepsy is not a rare pathology, must select patients with these conditions for further investigation and the correct treatment.

8. Porteus MH, Bulfone A, Ciaranello RD, Rubenstein JLR Isolation and characterization of a novel cDNA clone encoding a homeodomain that is developmentally regulated in the ventral forebrain. Neuron 1991; 7: 221-229.

This PDF has been produced for your convenience. Always refer to the live site https://www.rrh.org.au/journal/article/661 for the Version of Record.