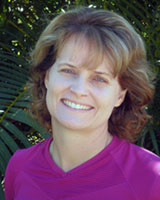 To build a ‘home grown’ local Northern Territory (NT) medical workforce in Australia, Flinders University established the NT Medical Program (NTMP) in 20111. Updated data are provided on graduation rates, the Indigenous student experience and the proportion of NTMP graduates working in the NT. Data are from administrative records of student progression and publicly available data of medical registration with the Australian Health Practitioner Regulation Agency (AHPRA).

A total of 90 students had entered the program via the graduate entry pathway, with 77 graduating, seven withdrawing and six still studying (86% graduation rate). A total of 56 students entered the program through the Bachelor of Clinical Science double degree undergraduate entry pathway, with 47 graduating, six withdrawing and three still studying (84% graduation rate).

A total of 22 Indigenous students enrolled between 2011 and 2017, of whom seven graduated, 12 withdrew and three were still studying. Their graduation rate (32%) was statistically lower compared to non-Indigenous students (χ2= 31.5, p<0.01). The NTMP conducted a series of interviews (n=9) with Indigenous students and applicants in 2016 to identify barriers and facilitators to entry, progression and graduation. The feedback highlighted issues including family, finances and work–life balance pressures, feeling isolated, lack of experience with academic practices and university systems, and pressures of working and studying part-time. A more culturally safe environment and increasing Indigenous content in the course curriculum were also recommended and are continually being worked on in the NTMP.

Our high proportion of NTMP graduates working in the NT supports the value of locally trained medical practitioners. That one in three Indigenous entry students have graduated is a positive outcome, and an increase on the 14% NTMP graduation rate reported by Worley et al1. Future research will be longitudinal, tracking work locations over time and examining factors associated with working in the NT.

This PDF has been produced for your convenience. Always refer to the live site https://www.rrh.org.au/journal/article/6662 for the Version of Record.