‘Nothing ordinary: the story of the Northern Ontario School of Medicine’: book review 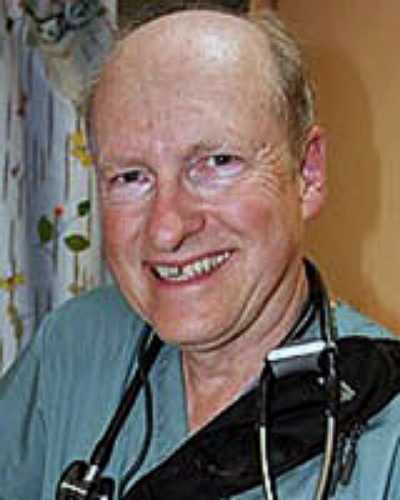 Nothing Ordinary, Larry Krotz’s recently published book, captures the story of the Northern Ontario School of Medicine1. The Canadian author has put together an interesting read that will resonate with and inform those interested in advancing rural medical education and improving rural health.

This fascinating story comes alive with ‘voices’ of the Northern Ontario School of Medicine (NOSM) students and interviews with key Indigenous and other community leaders.

So many factors, forces and people must work together to develop a new rural medical school that it is a rare event. This commentary highlights the ‘where’, ‘what’, ‘when’ and more of the NOSM’s history.

My perspective includes my involvement in 2000–2001 as chair of the Northern Ontario Rural Medical School (NORMS) Medical Education and Design Team2 and in 2004–2016 as dean of the Faculty of Medicine of Memorial University of Newfoundland, a Canadian rural-focused medical school audaciously established in 19673.

Northern Ontario, Canada, has approximately 800 000 people residing in an area of over 800 000 km² – about the size of Britain and France combined. Only five communities are large enough to be considered cities; the two largest, Sudbury and Thunder Bay, are 1000 km apart. The rest are rural, with many remote Indigenous (First Nations) communities accessible only by air or water. In contrast, Southern Ontario has over 10 times the population in one-tenth of the area and had all five of their medical schools before NOSM.

In common with so many rural/remote regions around the world, access to health care in the 1980s and 90s was limited and often difficult and distant for the people of Northern Ontario, and not even close to equitable. No matter how many doctors were educated in big Canadian cities, rural and remote communities remained desperate to recruit and retain them. Despite outreach medical education programs from McMaster and Ottawa medical schools and recruitment incentive programs, even the regional centers of Thunder Bay and Sudbury remained underserved. For decades some visionaries had dreamed of a Northern Ontario medical school that would educate doctors for the North, in the North, by the North.

As the shortage of rural physicians spread across the province of Ontario, the government appointed a commission that recommended the province increase training of rural physicians and consider creating a new medical school to focus on rural and remote medicine. ‘The doors to a northern rural stand-alone medical school had been opened by at least a crack’1. A medical education design team was convened to develop a bold collaborative proposal for a Northern Ontario Rural Medical School (NORMS), ‘born from the conviction that Northern Ontario cannot meet the health needs of its population through dependency on expertise concentrated outside of the region’1. It would be nothing ordinary.

The Medical Education Design Team proposed a Northern Ontario Rural Medical School that would be a partnership between Laurentian University in Sudbury and Lakehead University in Thunder Bay ,with a network of learning sites in small and larger communities throughout Northern Ontario. The NORMs curriculum would be a patient-centered, clinical problem-based curriculum with a significant health determinant focus and Indigenous health content and context. Small-group learning in a distributed learning network with advanced information technology support would provide a living and learning experience for students throughout their medical education. Early learning would include experience in remote and First Nations communities spread throughout the North. A preceptorship model envisioned for clerkship would include intensive learning experiences in rural, remote and Indigenous settings with consolidation in the fourth year. NORMS would graduate highly qualified physicians with state-of-the-art medical education, with enhanced knowledge, skills, and interest in Indigenous, rural, northern and underserviced healthcare areas2.

Establishing NORMS faced a universal truth: ‘Academic argument, however couldn’t carry the day on its own. Politics were also critically important’1. Many from traditional medical schools were skeptical, and many, even in Northern Ontario, felt it couldn’t be done well. Advocacy, action, collaboration and cooperation were needed from federal, provincial and municipal governments, universities (especially Laurentian and Lakehead), communities and their leaders, and Indigenous people.

As a behind-the-scenes advisor to many of these groups, I saw how complicated the approval process was and how close to failure it came. For example, the initial political announcement in 2001 – support for a Sudbury-centric medical school – was a misstep that almost fouled the NORM's fundamental dual-campus model partnership with Indigenous, rural and regional communities throughout both north-eastern and north-western Ontario. Urgent strong advocacy from key stakeholders resulted in final approval of the dual-campus, multi-community partnership model based on the Medical Education Design Team’s NORMS proposal. Krotz highlights many of the key people and some of the discussions.

The Northern Ontario School of Medicine (NOSM) was chosen as the name. With the hiring of Dr Roger Strasser as the founding dean in July 2002, it was full speed ahead. As the head of the School of Rural Health at Monash University in Australia, Dr Strasser had developed a well-deserved reputation as a global leader in rural medical education. His vision and drive would not only successfully launch NOSM but develop it into a world leader in social accountability and innovative learning methods. But first, so much had to be done to get the new medical school up and running. With big opportunity comes big organizational challenges. These included establishing a workable, semi-autonomous administrative and funding model with the two partner universities located 1000 km apart with conflicting philosophies.

Developing and supporting learning sites in rural/remote/Indigenous communities all over Northern Ontario became an urgent priority and a model of community engagement. This was vital for the success of Module 106, a mandatory month-long immersion of all first-year medical students in Indigenous communities and cultures.

I saw first-hand the disparities in health outcomes and all determinants of health, starting from the basic right of clean water1. (NOSM class member of 2013)

I continue to apply lessons I learned from that posting1. (NOSM charter class member of 2009, now a pediatrician in Northern Ontario)

This was contentious for some; a lot of people had reasons why they didn’t want to leave Sudbury or Thunder Bay for eight months. But it’s a really important part of the curriculum, and I think the school made the right decision by being absolute about it. It was a key step to the school’s success1. (NOSM charter class of 2009)

The admissions process was highly selective and aligned with the rural and northern focus of the school.

From the first intake, 92% of NOSM MD students have grown up in Northern Ontario, and the other 8% have come from remote and rural parts of Canada1. (Roger Strasser, NOSM Dean 2002–2019)

NOSM has published extensively on its programs and has become recognized as a global leader in rural medical and community-engaged education. Medical students come from and learn in communities all over Northern Ontario and are well prepared to practice in the northern and rural settings.

Since 2009, there have been 595 MD graduates of whom 62%, almost twice the national average, have chosen family medicine (predominantly rural) [residency training]1. (Larry Krotz)

The book highlights many communities throughout Northern Ontario that have benefited from the NOSM graduates now practicing there: ‘NOSM was a game changer’, ‘NOSM brought hope’ and ‘NOSM basically saved our community’1. Beyond education, NOSM has developed community-engaged research focused on improving population health and health care. NOSM’s education and research activities have had a significant positive economic impact throughout northern Ontario.

Dr Sarita Verma became NOSM’s second dean in July 2019 and, along with the school’s notable successes, also inherited its criticisms, from which the book doesn’t shy away. Krotz remarks on ‘a growing discontent that the school had neither fulfilled the promised surge in doctors for Indigenous communities and the targets for training Indigenous young people;1. A NOSM-commissioned 2016 report on how the school was meeting its social accountability targets ‘acknowledged that a yawning gap remained’. Indigenous student enrolment, at 6.7%, was about half of the proportion of the Indigenous population (12%) in Northern Ontario1. This is disappointing, especially in light of the Truth and Reconciliation Commission of Canada report and recommendations4. There has also been ‘push back against the school’s statistics about doctors for the north. Yes, NOSM graduates stay in the north. But they have collected predominantly in the cities and big towns rather than in the rural communities …’1.

After the book was written, COVID-19 spread worldwide in 2020; what a challenge and a time to be a new dean. And there’s more. In February 2021, Laurentian University in Sudbury (one of NOSM’s two partner universities) declared bankruptcy. Raising NOSM out of this crisis, the Government of Ontario passed legislation in June 2021 to make NOSM the first stand-alone medical university in Canada. NOSM currently enrolls 64 MD students and 60 first-year residents. In March 2022, the Government of Ontario announced 30 medical degree and 41 residency spots will be added to NOSM University. The future for the Northern Ontario School of Medicine University looks strong and exciting.

Nothing ordinary: the story of the Northern Ontario School of Medicine is an enjoyable and informative book that will appeal to anyone interested in rural medical education. Larry Krotz describes the vast Northern Ontario setting, with its healthcare problems that fueled the drive for a medical school for the North, in the North, by the North. The story comes alive with descriptions of places and accounts of the people closely involved as this vision develops into a successful socially accountable rural-focused medical school. The difficulties encountered and the continuing challenges requiring complex adaptive solutions provide an important reality check that will help others considering or on a rural medical school development journey.

1 Krotz L. Nothing ordinary: the story of the Northern Ontario School of Medicine. Toronto: Cormorant Books, 2021.

This PDF has been produced for your convenience. Always refer to the live site https://www.rrh.org.au/journal/article/7634 for the Version of Record.