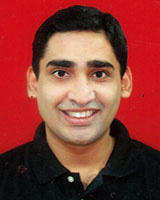 A single cigarette is said to reduce a person's life span by 11 minutes1. Fortunately, the prevalence of smoking and tobacco use is declining in the western countries like the United States of America2 where smoking is banned in most public places and offices. Many organizations proclaim themselves to be 'a no smoking organization' and recruit only non-smokers! However, the use of tobacco continues to increase in the developing world, and South-East Asian countries in are no exception to this. I wish to highlight the situation in rural India, where the prevalence of smoking is high3.

I propose that the Ministry of Health deputise doctors and dentists to train and teach people in the particular communities and settlements to deliver health education. Once trained, these local residents could deliver the health message to others who, in turn, could act as grass-roots workers or village health guides. Trained village health guides could be offered a stipend or incentive for their services.

Referral to tobacco 'quit lines' could be made by the village health guides. Local folk plays or dramas could be used as a means to deliver the message of the hazardous effects of tobacco. Religious leaders can also play a major role in disseminating this information.

In addition, legislation could bring about a dramatic reversal in the number of tobacco users if it was mandatory to deliver information about the harmful effects of tobacco on the match boxes used to light cigarettes, gas stoves or for any other domestic purpose. This could reach a large number of rural people. Further, a pictorial representation of a cancerous condition with a "NO( X ) to cigarettes" symbol could be added. This method could also be used to spread other health messages to the rural public.

In these simple ways I believe a difference could be made to the number of rural people in developing world who are ex-smokers. Importantly, young people could be discouraged from ever beginning this toxic habit that is so destructive to health.

This PDF has been produced for your convenience. Always refer to the live site https://www.rrh.org.au/journal/article/813 for the Version of Record.