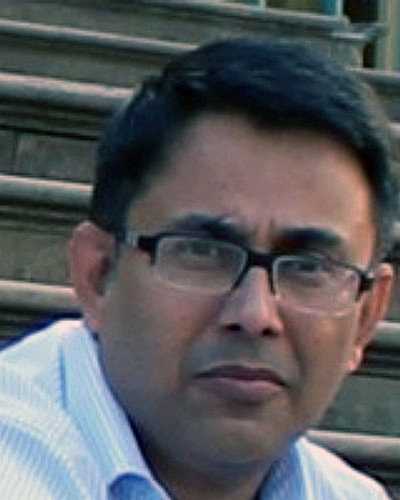 Mukherjee A, Sarkar A, Saha I, Biswas B, Bhattacharyya PS.  Outcomes of different subgroups of smear-positive retreatment patients under RNTCP in rural West Bengal, India. Rural and Remote Health 2009; 9: 926. https://doi.org/10.22605/RRH926

© Abhijit Mukherjee, Anirban Sarkar, Indranil Saha, Bijay Biswas, Parthasarathi S Bhattacharyya 2009 A licence to publish this material has been given to ARHEN, arhen.org.au

This record-based study was undertaken at Bagula Tuberculosis Unit, Nadia, West Bengal, India to compare outcomes among sputum-positive TB retreatment patient groups (relapse, failure and treatment after default) at completion of therapy, under the Revised National Tuberculosis Control Program (RNTCP).
Methods: A total of 234 registered cases of TB retreatment (category II) between January 1999 and June 2005 were analysed and compared by Z-test for proportion.
Results: There was a uniform distribution in terms of age, grades of sputum positivity and sputum conversion at 3 and 4 months among the three groups. In spite of this, a favourable outcome was most likely for relapse cases, and cases with a low grade of sputum positivity in all three subgroups. Unfavourable outcome was most likely among the treatment failure subgroup and those with high grades of sputum positivity.
Conclusion: The results are likely to be due to an increased incidence of multi-drug resistant TB in these patients. In rural areas of the developing world, as in India, there is a heavy burden of TB and resources are limited. Culture and drug sensitivity patterns prior to commencing therapy should be performed for failure and default patients who present with an initially high load of bacilli in their sputum.

In India, the Revised National Tuberculosis Control Program (RNTCP) standardizes the care of all patients with tuberculosis, nationwide. When a patient reports a cough of at least 3 weeks' duration accompanied by fever, chest pain and weight loss, concurrent sputum samples are collected over 3 days. Patients subsequently diagnosed with TB are then categorized according to RNTCP criteria as category I, II or III (Fig1). Some additional RNTCP guideline definitions used in this study are provided (Fig1)1.


The RNTCP category II consists of a heterogeneous group of patients, most of whom are smear-positive retreatment cases. Relapse, failure after category I, and treatment after default (TAD) are the different subgroups that comprise the smear-positive retreatment group. These subgroups are different bacteriologically and pathogenetically. However, all these patients are treated with the same regimen (category II) under the program.

The RNTCP treatment regimen for category II patients includes an intensive phase of thrice weekly oral rifampicin (450 mg), isoniazid (600 mg), ethambutol (1200 mg), pyrazinamide (1500 mg) and IM streptomycin (750 mg) for the first 2 months, and rifampicin, isoniazid, ethmbutol and pyrazinamide for the next 1 month. If the sputum smear is negative at the end of 3 months' treatment, continuation-phase therapy is commenced for the next 5 months. If the sputum smear is positive at the end of 3 months, the intensive phase is prolonged by 1 month with oral rifampicin, isoniazid, pyrazinamide and ethambutol, followed by a repeat sputum smear examination. However, irrespective of the sputum status at 4 months, the patient commences a continuation treatment phase for 5 months. This 5 months' therapy consists of oral rifampicin (450 mg), isoniazid (600 mg) and ethambutol (1200 mg). Ingestion of all the intensive phase drugs and the first weekly dose of the continuation phase are supervised (directly observed treatment, DOT).

Bagula Tuberculosis Unit (TU), Nadia, West Bengal, India, serves a population of approximately 0.5 million, most of whom are from the lower socio-economic strata. The present study was performed at the Bagula TU, and its aim was to identify the effectiveness of the category II regimen and to compare outcomes among patients in the three subgroups (relapse, failure and TAD).

This was a records-based study of 234 category II patients recorded in the Bagula TU tuberculosis register between January 1999 and June 2005. Diagnosis, classification and chemotherapy were performed according to the WHO guidelines2, and outcomes following treatment were noted. It was ensured that all patients adhered to their drug regimens, and that retrieval of missed doses was performed according to the RNTCP guidelines3.

The designated microscopy centres (DMCs) in the TU are staffed by trained laboratory technicians overseen by a senior TB laboratory supervisor. The DMCs are attached to peripheral health institutions. All personnel involved in patient treatment (including medical staff) are trained in RNTCP methodology through distant and on-the-job training, and supervised practice.

The collection of participants' sputum samples, Zeihl Neelsen staining, binocular microscope examination, sputum grading (based on the number of bacilli per field) and disposal of waste was performed according to the RNTCP guidelines4.

The records of all patients who receive antitubercular treatment are kept in the tuberculosis register at the TU. Treatment details are updated regularly and the patients' final outcome is recorded at the end of their treatment. The final outcomes of the three different groups of category II patients were analysed and compared using the Z-test for proportion. A Z-test for mean and χ2 test were applied to examine the difference between two means, and the association among categorical variables.

Table 2: Mean age, number and percentage of low and high grade sputum positivity, and sputum conversion according to subgroup

Although in most Indian studies5-7 TAD patients comprised the largest group of category II cases, in our study the largest group consisted of relapse cases (63.24%), followed by failure (22.22%) and TAD (14.52%). This was similar to a study from Morocco8.

As in previously published reports8 we observed a favourable outcome in most cases of relapse. This is because most of the patients who relapse after a regimen to which they were initially sensitive have bacteria that remain susceptible to the same drugs. The current category II treatment regimen, which adds parenteral streptomycin to the drugs used in category I, should therefore be adequate for most of these patients. It seems justified to carry on with this regimen in patients in the relapse subgroup of the retreatment cases.

In the other two subgroups (failure and TAD) of retreatment cases, the majority of patients are classified 'chronic' cases in their final outcome, possibly due to the development of multi-drug resistant (MDR) TB. The standard RNTCP regimen followed for category II patients fails to cure these patients. In these cases a retreatment regimen using second line drugs is necessary. A study from Peru found that category I failure patients have a five-fold greater chance of favourable outcome on therapy with second line antitubercular drugs9.

Other factors known to influence the final outcome of category II patients are: age10, sputum sterilization at 2 and 3 months11, HIV seropositivity12 and the prevalence of initial drug resistance13,14. In the present study, no difference was found among the subgroups at the initiation of therapy in terms of age and sputum conversion at 2 and 3 months. The proportion of high- and low-grade sputums in the three subgroups was also similar. Initial drug resistance and HIV seropositivity were not included in the present analysis. However, the low incidence of HIV seropositivity in this geographic area (0.88% in West Bengal STD clinics15) suggests that this may not be an important factor in the final outcome of patients. And although initial drug resistance patterns were not available for Bagula TU patients, the low national average (1-3%16) suggests that this can also be excluded as a cause of unfavourable outcome.

The most important factor for adverse outcome, therefore, seems to be acquired drug resistance. A Taipei study found the prevalence of resistance to one drug among patients with relapse, TAD and failure was 33.3%, 42.1%, and 69.7%, respectively; while the prevalence of MRD TB in these groups was 12.9%, 19.3% and 66.7%, respectively17. Another study failed to find a single case of MDR TB among 39 relapse cases; however, 80% of failure cases had MDR14. A study from Peru reported isolated MDR TB strains in 93.8% of 160 failed patients18. In Lima, 73% of 38 patients who failed to category I treatment had MDR TB strains isolated, although treatment irregularity was not a predictor of treatment failure in these patients19. Other studies have also found an increased incidence of MDR TB in patients treated for more than 20 weeks with an antitubercular regimen20,21.

The present study demonstrated an increased incidence of unfavourable outcomes with higher sputum grades among all three subgroups. A similar relationship between higher initial sputum grades and final outcome has been reported in another study10.

In rural areas of the developing world, as in India, where there is a heavy burden of TB but limited resources, it is not possible to perform culture and sensitivity for all retreatment cases. Even after excluding the relapse cases that have a favourable response on the standard retreatment regimen, the number of patients in the other two subgroups, category I failure and TAD, are high. Culture and sensitivity of sputum for all these patients would not be possible under the present program conditions. Among patients in the TAD and failure groups, those with lower grades of sputum positivity have a greater than 70% chance of a favourable outcome. Therefore, we propose that culture and sensitivity, followed by treatment with sensitive second line drugs, be reserved for those patients in these two subgroups who present with an initially high bacillary load in their sputum.

A correction has been made to the following sentence in the abstract results section: "There was a uniform distribution in terms of age, grades of sputum positivity and sputum conversion at 3 and 4 months among the three groups".
The original sentence stated "2 and 3 months" incorrectly.

This PDF has been produced for your convenience. Always refer to the live site https://www.rrh.org.au/journal/article/926 for the Version of Record.