Population health needs beyond ratifying the Kyoto Protocol: a look at occupational deprivation 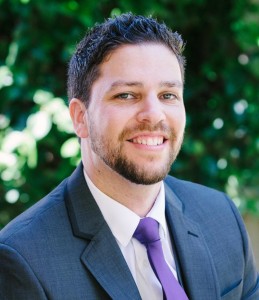 © Robert B Pereira 2008 A licence to publish this material has been given to ARHEN, arhen.org.au

The dramatic impact of climate change is physically and economically affecting the world, a consequence of neglecting scientific information known since the 1960s and 1970s. International discussion has focused on the needs of the physical environment and general health concerns (such addressing greenhouse gas production and population health issues); however, little acknowledgement has yet been made of local human issues, such as the effect of climate change on the mental health of those in rural communities. This commentary takes an occupational science perspective to describe new ways of classifying potential mental health problems associated with climate change and its impact on the rural environment. It challenges policy makers to take a proactive approach to addressing the current impacts of climate change on the future mental health of individuals in rural communities.

Due to the newly elected Australian government's decision to ratify the Kyoto Protocol1 to promote a more 'green friendly' world, it is timely to discuss how such a decision could have a flow-on effect to the mental health and resilience of Australian regional, rural and remote communities2. There exists a strong body of knowledge in the health, social and environmental science literature that emphasises the important, essential and arguably innate symbiotic relationship between humans, nature and the natural environment. Physiological studies such as those conducted by Ulrich and colleagues (in Maller et al3 p.47-48have demonstrated that 'natural settings elicit a response that includes a component of the parasympathetic nervous system associated with restoration of physical energy'. Researchers have suggested that humans require nature to meet not only our material needs (such as for food and water), but also to meet our psychological, emotional, spiritual and wellbeing needs3. Kaplan and Kaplan (in Ebden and Townsend4,5) determined that the indirect impacts of nearby nature lead to increased life satisfaction; while Ebden and Townsend's research showed positive mental health outcomes for sufferers of mental illness when engaged in 'contact with nature' volunteering activities4,5.

Over the past few decades, the effects of global warming, increased greenhouse gas production per capita5, climate change, worsening drought and national chronic water shortages (especially in rural Australia) have had an increasing economical impact on ecological sustainability, and an emotional impact of people living in rural areas. In addition, WHO has identified the detrimental affect on vulnerable populations of trends in climate change impacting on the 'fundamental' determinants of health (eg air, food, water and shelter)6. This commentary focuses on discussing how climate change has adversely affected rural communities' mental health, and has led to new ways of classifying and understanding mental health problems that arise from the weather. An occupational science perspective, applying the concept of 'occupational deprivation'5 to the potential flow-on of human distress and trauma7 caused by climate change, shapes the discussion.

The emotional impact of environmental change

Delay in ratifying the Kyoto Protocol by some developed nations (notably the United States of America and Australia) has uncovered a previously unaddressed health problem directly related to climate change and drought. Researchers have named this 'psychoterratic illness...defined as earth-related mental illness where people's mental wellbeing (psyche) is threatened by the severing of "healthy" links between themselves and their home/territory'4. Albrecht et al was not surprised that the environmental damage produced by humans globally was linked to a negative relationship between humans and their natural support environment4. Unfortunately, environmental changes due to such a relationship are now a fact worldwide.

Environmental activism is now seen not merely as a movement, but a necessity. Environmental activism not only protects ecological sustainability at policy level both nationally and internationally, but also enables population health incentives such as mental health promotion8 by incorporating nature and nature-based therapeutic activities and interventions4 in order to counter the effects of the negative relationship between humans and their natural environment.

Emotional distress such as psychoterratic illness is experienced in rural areas4, where communities battle against the negative effects of the weather. Such battles are compounded by other ecological issues unique to rural communities, including substantial economical loss due to crop failures, geographical isolation and community attrition7. The psychoterratic illness of rural people is often unacknowledged by outsiders, used to such people 'doing it tough'. However, such emotional problems may lead sufferers to a previously unaddressed, unique and debilitating emotional disorder, different from and more complex than a diagnosis of 'depression'. However, historically these issues have been 'classified' similarly, sharing as they do common symptomatologies.

Occupational science, an international discipline that shares its theoretical basis with the disciplines of anthropology, sociology, psychology, creative arts, education and gerontology, is the study of humans as occupational beings5. As such, it aims to explore the relationship between humans' ways of 'doing' and their occupational interactions with the world. From an occupational science perspective, psychoterratic illness3 is consistent with occupational deprivation, defined by Wilcock as 'deprivation of occupational choice and diversity because of circumstances beyond the control of individuals or communities'9, where occupation is defined as 'everything that we do (or experience in a "doing" environment) on a day-to-day basis that brings meaning and purpose to our lives'8.

Understanding this, the psychological effects of drought can be seen as having led to occupational deprivation among individuals beyond communities affected by global warming, such as farmers and other workers in regional, rural and remote areas. The flow-on effect of drought can also be seen in other populations; for example, the occupational engagement of older adults who once enjoyed leisure activities such as gardening, an activity that may enhance older adults' sense of wellbeing and quality of life10,11. The impact of drought and water restrictions on such at-risk populations may be significant - more of this below. However, whatever the population, policy challenges include assessing the potential economic and health burden of psychoterratic illness7, as well as devising specific mental health interventions3.

Psychoterratic illness and the flow-on effect of mental ill-health: solastalgia

'Solastalgia' is one type of psychoterratic illness that is set apart from other psychological disorders (such as depression), having direct correlation with 'the lived experience of profound environmental change'7 . Solastalgia is defined as the distress or pain 'caused by the loss of, or inability to derive, solace [comfort one is given in difficult times] connected to the negatively perceived state of one's home environment'7. In the case of farming communities, solastalgia is evident when drought has severed the link between the land (unyielding crop, water shortages and barren lands that were once plentiful) and one's livelihood. 'Livelihood' in this sense goes beyond the provision for one's family to the pride of occupational accomplishment in one's role.

Mental ill-health through psychoterratic illnesses such as solastalgia can lead to a spiralling descent in affect and general emotional wellbeing, due to the severing of previously experienced 'healthy' links between the farmer and their home/territory. Some examples include a preoccupation with the land and the negative influence of local environmental change leading to negative reinforcement and loss of role (eg 'I need my crops to grow'; 'I need it to rain'; 'I don't want to have to sell the land where my family has lived and farmed for generations').

Similar effects can be experienced by older adults who once found solace in their garden and home environment. At the age of retirement, some individuals engage in new leisure activities to combat the loss of their worker role. For such people, gardening and cultivation may also promote quality in their lives. As in urban environments, Australia rural communities may be subject to water restrictions for home use due to chronic water shortages in main reservoirs. This threatens meaningful leisure occupations like gardening, and accompanying aesthetic appreciation of the home environment is threatened. Varying degrees of solastalgia may result.

Whether farmer or gardener, occupational or leisure activity restrictions can precipitate psychoterratic symptoms in at-risk populations. Older adults may be vulnerable to the flow-on effect of solastalgia in the presence of age-specific risk factors such as loss of a spouse or partner, loneliness, chronic illness and comorbidities, declining physical and social health, as well as the ability to autonomously engage in daily occupations.

Considering the vulnerability of those in the rural community, including older persons, to the mental pathology associated with effects of climate change, rural communities should not be neglected by policy-makers. A two-tiered approach is recommended. First, public health policy development is indicated to assist in identification, treatment and prevention of newly described mental illnesses that result from climate change. Second, policy driven towards positive population health should take account of ecological sustainability, and be strengthened by research into psychiatry and environmental science.

This article has described the unique mental health problems due to the impact of global warming that may affect rural people, as well as others experiencing occupational deprivation in less isolated areas. Being deprived of occupational choice, whether this amounts to not being able to cultivate the land or water one's flowerbed, can have a devastating effect on an individual and even lead to a psychoterratic illness7. The most worrying aspect of this is that the effects of climate change have only been recognised in terms of the environmental impact, without acknowledgement of the human experience in terms of disease burden. It is time to take a wider view.

This PDF has been produced for your convenience. Always refer to the live site https://www.rrh.org.au/journal/article/927 for the Version of Record.