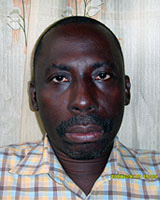 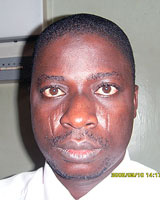 © Michael A Odewale, Muhammed Afolabi 2008 A licence to publish this material has been given to ARHEN, arhen.org.au

Heterotopic pregnancy (HP) is the co-existence of intrauterine and ectopic pregnancies; it is said to be rare. We report the case of a 22 year old woman with HP after unsuccessful attempts at abortion. This report illustrates the treatment difficulties encountered in a delayed presentation, and the nature HP is assuming in rural practice. It also highlights the role of family physicians in reducing maternal mortality in resource-limited settings.

A 22 year old woman, a student of a polytechnic, was brought to our practice on 20 May 2006. The 20 bed clinic manned by two trained family physicians is located in Ejigbo, a rural settlement approximately 40 km from Osogbo, the capital city of Osun State, south west Nigeria. It has a functioning laboratory and ultrasound scan facilities. Our practice provides the only surgical services in the area and therefore attracts a high patient load.

The patient presented with 2 weeks' history of vaginal bleeding following an attempted induced abortion of a confirmed pregnancy. Her last menstrual period was 15 February 2006 making the gestational age 8 weeks. The patient had lower abdominal pain and intermittent vomiting but no change in bowel habits. There was no associated vertigo, fainting or urinary symptoms. She had taken several unknown medications in the preceding weeks with the intention of terminating the pregnancy. She later had a uterine evacuation in a private clinic. Vaginal bleeding did not stop after the procedure despite medication, hence the presentation at our practice. The patient had a history of multiple unprotected sexual intercourse and previous treatment with antibiotics for recurrent vaginal discharge, itching and lower abdominal pain.

General examination revealed a lethargic, moderately pale young woman. Her pulse was 90 beats/ min, regular but of low volume while her blood pressure (BP) was 80/50 mmHg (normal 120/80). There was suprapubic distension, with associated tenderness and guarding. Vaginal examination showed no active bleeding, a closed cervical os, and cervical excitation tenderness was positive. A clinical assessment was made of an incomplete abortion complicated by pelvic peritonitis. Her packed cell volume was 23% (normal value: 33-48%; haematocrit = 7 g/dL, normal range 10-13 g/dL); her blood group was O positive; white blood cell count was 6500/mm3

The clotted and non-clotted blood in the peritoneum was evacuated, and a right total salpingectomy was performed.

The patient sustained clinical improvement throughout the first week after surgery. She had, however, some vaginal bleeding on 10th postoperative day and a diagnosis of incomplete abortion was made with the aid of ultrasound. Gentle uterine evacuation was performed and she was discharged home on 14th postoperative day. She was seen in follow-up clinic a week after discharge. At that time she was a healthy-looking woman and her PCV was 32%. She was counseled about now having only one fallopian tube, and educated about the danger of damage to this remaining tube due to infection or a repeat ectopic pregnancy.

Heterotopic pregnancy is associated with a very high maternal morbidity and foetal loss. This is probably due to delayed diagnosis resulting from confusing clinical features, especially when diagnostic facilities are not available5. This presentation is similar to the two cases reported by Lam et al6, the diagnoses of which were initially missed. In our patient, the history of attempted abortion with unsterilized instruments in an unhygienic environment as well as post-abortal vaginal bleeding and lower abdominal pain were suggestive more of incomplete abortion rather than ectopic pregnancy. However, the worsening clinical condition despite adequate treatment demanded further investigation. Thus, simple ultrasonography assisted in the diagnosis of heterotopic pregnancy, especially in confirming the live intrauterine foetus and co-existence of a ruptured tubal pregnancy. The use of ultrasonography, especially the three-dimensional transvaginal sonography in reproductive medicine has been reported to be useful in early diagnosis of heterotopic pregnancy7. However, such a diagnostic device is not available in our practice. A high index of clinical suspicion aided by our limited facilities prompted the quick surgical intervention.

The patient underwent multiple transfusions because she lost a large amount of blood preoperatively. This was similar to the experience of Wooley8 when he transfused his patient with seven units of blood. In addition, our patient had an abortion of her intra-uterine pregnancy. This was similar to the experience of Wooley8 but differs from the progression of the pregnancy to term and eventual normal delivery, reported in our neighbouring centres9-11. This outcome may due to the fact that the patients were managed in tertiary health centres compared with our resource-constrained rural practice. The stress of the illness due to delayed presentation may also contribute to the eventual abortion of the intrauterine pregnancy in our patient.

Nevertheless, our patient benefitted from the obstetric skills of the family physicians, although she could have been referred to a secondary health centre which was a considerable distance from our practice. The life of the patient may be endangered during transfer due to an inefficient transport system. Thus, the training of medical graduates in family medicine should be encouraged because they may be required to supplement the services of core specialists when meeting the medical needs of a large rural population, as in this case.

A high index of clinical suspicion is required for the early diagnosis of heterotopic pregnancy. This is an important lesson for rural practitioners because the diagnosis and management of heterotopic pregnancy should not be limited to the core specialists, especially in settings where such medical resources are inadequate or unavailable. A family physician should be able to attend adequately to this condition, especially in rural settings where facilities are limited. Early diagnosis by the frontline doctor and prompt treatment or immediate referral will ensure survival of the patient, and contribute positively to the achievement of the United Nations' Millennium Development Goals12.

This PDF has been produced for your convenience. Always refer to the live site https://www.rrh.org.au/journal/article/979 for the Version of Record.