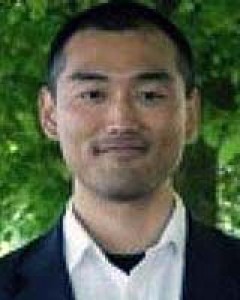 Introduction: The aging of society continues to progress in Japan. As aging is more pronounced in rural than in urban societies, rehabilitation can contribute to rural elderly patients’ discharge to home after hospitalization for various causes. The relationship between rural elderly patients’ improvement of motor and cognitive function in relation to activities of daily life (ADL) through rehabilitation and their discharge to home has not been clarified in rural communities. The purpose of this study was to clarify whether an improvement of ADL can enable elderly hospitalized patients to discharge to their home in a rural community.
Methods: This retrospective cohort study included 783 consecutive patients aged over 65 years with frailty and multimorbidity who were admitted with acute diseases and underwent active rehabilitation at a rural community hospital. This study ran from April 2016 to March 2020. The following patient data were collected from the electronic medical records: age, sex, body mass index (BMI), serum albumin, diagnosis on admission, the Charlson Comorbidity Index, living with family or alone, the duration of disease from the onset of symptoms to the start of rehabilitation, the duration of rehabilitation, care level based on the Japanese insurance system, the cognitive and motor components of the functional independence measure (FIM) as the measurement of the level of ADL at both admission and discharge, the change in these components of the FIM, and to where patients were discharged (home or facility). Two groups of patients were distinguished based on whether the discharge was to home or a facility. Logistic regression was performed to investigate the relationships between patients’ characteristics and the effects of rehabilitation determined as a change in the FIM on one hand and to where patients were discharged on the other. The variables with statistically significant differences in the logistic regression were further analyzed to calculate sensitivity, specificity, and likelihood ratio with the area under the curve for predicting discharge to home.
Results: Patients’ average age was 82.1 years, and 33.5% were male. A high score in the motor component of the FIM after rehabilitation and short duration of rehabilitation were statistically related to discharge to home. The cognitive component of the FIM was not associated with discharge to home. The motor-FIM cutoff after rehabilitation was calculated to be 60, resulting in sensitivity, specificity, and positive likelihood ratio to predict discharge to home of 0.86, 0.78, and 4.00, respectively.
Conclusions: This study showed that elderly patients' motor aspect of ADL after rehabilitation in rural community hospitals might predict discharge to home in rural settings. Rehabilitation in rural community hospitals can be effective in rural elderly patients with frailty and multimorbidity. The improvement in physical abilities was more important than cognitive functions for the effective discharge of the elderly patients in this study to their rural homes. By respecting patients’ and their families’ desires, effective rehabilitation may enable elderly patients to live at home.