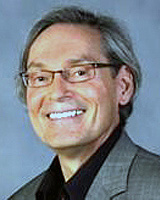 Hans Schmalzried, Ph.D., Associate Professor of Public Health Dr. Hans Schmalzried received his Bachelor of Education from the University of Toledo in 1978. He received a Masters of Science in Education of Public Health in 1982. Dr. Schmalzried earned his doctoral degree in public health administration from the University of Toledo in 1990. He is a 1996-1997 graduate of the Centers for Disease Control and University of California Public Health Leadership Institute. Prior to going to Bowling Green State University (BGSU) as a fulltime faculty member in 2005, Dr. Schmalzried served concurrently (1987-2005) as Health Commissioner for two county health districts (Fulton County and Henry County, Ohio). While there, he led a staff of over 85 providing both traditional public health services and innovative programs including Home Health, Hospice, a regional dental center, and a mobile migrant medical services project. Prior to being a health commissioner, Dr Schmalzried spent seven years (1980-1987) with the Ohio Environmental Protection Agency (OEPA), first as an Environmental Scientist and then as a Certified Environmental Engineer.