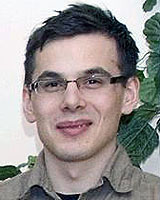 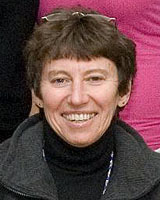 © Richard Oster, Ellen Toth 2009 A licence to publish this material has been given to ARHEN, arhen.org.au

Populations that are developing (westernizing) are suffering the highest rates of increases in diabetes incidence and prevalence worldwide, with the most notable and documented increases in Canada seen among the First Nations. Less is known about the Métis (mixed blood) or the rural populations in general. To date, no studies have assessed the contributions of ethnicity to diabetes risk-factors. Our objective was to examine diabetes risk factors in First Nations, Métis and non-Aboriginal individuals residing in rural or remote locations, investigating whether ethnicity contributed to any differences.
Methods: From the databases of three separate community-based diabetes screening projects in Alberta we created a unique subject pool of 3148 adults without diabetes (1790 First Nation, 867 Métis, and 491 non-Aboriginals). Age, body mass index (BMI), waist circumference, reported history of gestational diabetes (GDM) or babies over nine pounds (females only), hemoglobin A1c (A1c) fasting plasma glucose (FPG) or random plasma glucose (RPG) were assessed. Chi-square tests and logistic regression analysis were used to identify between-group differences.
Results: The highest mean values for waist circumference (104.7 cm) and BMI (31.2) were found in First Nations subjects (p<0.01). First Nations individuals had the highest prevalence of overweight/obesity (84.4%), abnormal waist circumference (76.8%) and history of GDM (9.0%) (p<0.01). The RPG was also higher in First Nations, but there were no differences between groups with respect to mean FPG and A1c levels, and there were no differences with respect to the prevalence of pre-diabetes or undiagnosed diabetes. Métis (OR 0.80; p = 0.01) and non-Aboriginal individuals (OR 0.62; p< 0.01) were less likely to be obese after age/gender adjustment, compared with First Nations. Métis (OR 0.70; p<0.01) and non-Aboriginals (OR 0.35; p<0.01) were also less likely than the First Nations group to have abnormal waist circumferences. Individuals in the non-Aboriginal group had a lower prevalence of pre-diabetes (OR 0.50; p = 0.01) compared with both the Métis and First Nations groups.
Conclusions: First Nations individuals had more risk factors for diabetes than Métis and non-Aboriginal individuals, although Métis rates appeared intermediate. While these risk-factor differences did not translate to more undiagnosed diabetes or pre-diabetes, they are consistent with known rates of diagnosed diabetes in Alberta.

Despite varied cultural, historical, geographical and genetic backgrounds, many Aboriginal populations around the world are experiencing dramatic increases in diabetes prevalence1. In Canada, approximately 5% of the population has been diagnosed with diabetes2. There are ethnic differences in diabetes prevalence1,3-6, and Canadian Aboriginals (First Nations, Métis [those of mixed blood] and Inuit) are considered a high-risk population7. Prevalence rates are reportedly 2 to 5 times higher among First Nations individuals than the general Canadian population8-10. Although the eruption of diabetes has been relatively well-characterized in First Nations and the general Canadian population from administrative or survey methodology1,9,11, there is much less information with respect to diabetes risk-factors or the prevalence of undiagnosed diabetes.

In the province of Alberta we accessed databases of three separate community-based diabetes and diabetes-risk screening projects12-14, creating a unique subject pool of First Nations, Métis and non-Aboriginal adult individuals without diabetes. In Alberta approximately 40 000 First Nations (treaty or status) individuals live on reserves negotiated by federal treaties, while another 60 000 live off reserves15. Approximately 8000 Métis individuals live on Métis Settlements with distinct land bases in rural northern Alberta. The Métis have a unique cultural identity different from First Nations. Many other Métis (approximately 75 000) do not live on settlements and have no land base (these individuals identify with the Métis Nation)15. We tested whether ethnicity was a factor contributing to differences in diabetes risk-factors, or to the prevalence of undiagnosed diabetes in rural Alberta.

The 'Screening for Limb, I-Eye, Cardiovascular, and Kidney complications of diabetes' (SLICK) project has travelled to each of the 44 Alberta First Nations communities (most of which are remote or rural) since 2001 providing diabetes risk assessment, diabetes complications screening and community-based care13. Since 2003, the Mobile Diabetes Screening Initiative (MDSi) has travelled to rural Aboriginal 'off-reserve' and remote Alberta communities providing diabetes screening14. Approximately 50% of MDSi clients live in Métis settlements. Finally, Believing we can Reduce the Aboriginal Incidence of Diabetes (BRAID) has been screening the on-reserve population of a single rural Alberta First Nation for diabetes since 200312. Each project received approval from the Ethics Review Board of the University of Alberta. The data presented in this article were collected between October 2003 and June 2007.

Adult subjects (≥18 years old) without known diabetes were referred or self-referred from within the Aboriginal communities or rural towns by local bookers (community members who helped to arrange for potential subjects to engage with the screening program) and health professionals, with help from local advertising. A total of 3148 subjects were included (1037 males and 2111 females). Off-reserve subjects self-defined their ethnicity, and on-reserve subjects were assumed to be First Nations (status or non-status) unless otherwise noted. The following groups resulted: First Nations (n = 1790), Métis (867) and non-Aboriginal (491).

Each project deploys mobile clinics equipped with healthcare personnel and portable technology into the communities. Detailed methodology has been reported elsewhere13. All subjects were counseled on-site regarding testing results, and encouraged to follow up with their physicians, particularly with respect to re-assessment or confirmation of abnormalities of fasting plasma glucose (FPG; ideally with an oral glucose tolerance test). Age, reported history of gestational diabetes (GDM) or babies over nine pounds (females only), body mass index (BMI), waist circumference, hemoglobin A1c (A1c), FPG and random plasma glucose (RPG) were measured. We assessed the presence of overweight (BMI 25-29.9), obesity (BMI >30), abnormal waist circumference (>102 cm males, >88 cm females)16, undiagnosed diabetes (FPG >6.9 or RPG >11.0 or A1c >7.0%) and pre-diabetes (according to both the Canadian [CDA] and American Diabetes Association [ADA] criteria: FPG 6.1-6.9 and FPG 5.6-6.9, respectively)7,17.

Blood pressure (BP) and serum lipids, as well as the prevalence of hypertension (BP >140/90), hypercholesterolemia (total cholesterol >5.24 mmol/L), high total to high-density lipoprotein (HDL) cholesterol ratio (>3.94), hypertriglyceridemia (fasting value >1.44 mmol/L) and metabolic syndrome16 were also assessed (because information about anti-hypertensive and lipid-lowering medications was not always reliably collected these data were not a focal point of our interpretation).

Prevalence results are listed (Table 1). The proportion of individuals who were overweight/obese or who had abnormal waist circumferences was highest in the First Nations group (84.4% and 76.8%, respectively; p< 0.01). The highest prevalence of a history of gestational diabetes (GDM) was found in First Nations women (9.0%), compared with 4.5% and 5.2% of the Métis and non-Aboriginal groups, respectively (p<0.01). Significant differences (p<0.01) were apparent when using the ADA criteria for pre-diabetes, with Métis having the highest prevalence (43.9%). There was no difference in the prevalence of undiagnosed diabetes. Individual p-values for comparisons between First Nations/Métis, as well as First Nations/non-Aboriginal are given in Table 1 for statistically significant overall comparisons. First Nations were more likely to be obese (p<0.01), whereas Métis were more likely to be overweight (p = 0.04).

We have shown that rural First Nations individuals have more risk factors for diabetes, including higher RPG, higher rates of obesity and of abnormal waist circumferences, and higher prevalence of self-reported GDM compared with rural Métis and non-Aboriginal individuals. A gradient whereby Métis individuals have some intermediate results emerged. Additionally, our results reveal high rates of obesity, undiagnosed diabetes and pre-diabetes among rural adults, regardless of ethnicity.

According to survey data, approximately 58% of the adult Canadian population was overweight or obese in 200518. First Nations, Métis and rural non-Aboriginals groups reported on here had much higher rates (84%, 83% and 78%, respectively), although interpretation requires caution as individuals were self-referred or selected because of presumed risks (such as obesity or family history of diabetes). Regardless, the advantage of this data is that anthropometrics were measured (self-reports tend to be an underestimate). Other reports have confirmed a higher prevalence of obesity in rural Canada19-21, and high rates of undiagnosed diabetes were related to obesity among First Nations individuals8,22. From administrative database analysis it was also recently shown that the greatest increases in diabetes incidence are among rural men (compared with rural women, or urban men or women), regardless of ethnicity23. However, urban/rural differences in the prevalence of obesity and its related co-morbidities do not appear to be universal; in-fact, in many countries the prevalence rates of both diabetes and obesity are slightly higher in urban compared with rural areas1,24.

From 2005 administrative data, the prevalence of diabetes in First Nations and non-First Nations individuals in Alberta was 12% and 5%, respectively9. No comparable data on the Métis is available, but survey data estimated a prevalence rate of 6% in 200026. Taken together, differences we observed in weight, waist circumference, metabolic syndrome and GDM are therefore consistent with known differences in diabetes prevalence between First Nations, Métis and non-Aboriginals. This is consistent with international data, showing higher rates of obesity and diabetes for many Aboriginal populations in the United States, Australia, Polynesia and other countries in comparison with respective general populations1,27-30.

Potential reasons for our reported differences found cannot be determined from this study, but may include genetics and/or socioeconomic factors. For example, a single nucleotide polymorphism was discovered in transcription factor HNF-1α among the Oji-Cree of northwestern Ontario and Manitoba that was associated with increased type 2 diabetes risk31. However, nothing is known about this mutation in Alberta First Nations populations. Numerous other susceptible genes associated with type 2 diabetes have been identified in different populations, and recent research suggests that these genetic factors may need to be modified by environmental factors for overt diabetes to develop32,33. A 2004 report by the Canadian Institute for Health Information revealed that Aboriginals experience inferior social, economic and environmental conditions compared with other Canadians, leading to increased disease burden34. Low household income has been associated with higher diabetes prevalence35, and census data found 40% of First Nations and 28% of Métis were in a low income bracket, compared with 16% for other Canadians in 200034.

An important limitation was that subjects were not from a population-based sample and may have been those most health-concerned; however, this would have been true for all groups. Although our results may not be representative, they provide novel community-based information comparing obesity and diabetes risk among rural First Nations, Métis and non-Aboriginal individuals.

In conclusion, rural First Nations adults have more diabetes risk-factors compared with rural Métis and non-Aboriginal adults, but there seems to be a gradient whereby Métis have intermediate risk.

The authors thank all of the subjects and leaders who welcomed SLICK, MDSi and BRAID into their communities. Thanks are also due to the field team members, the Alberta Aboriginal Diabetes Initiative committee, and to Sheri Pohar for providing data analysis. Funding was provided by CIHR (Canadian Institutes of Health Research), the University of Alberta, Health Canada (Canadian Health Information Partnership Program - CHIPP) and Alberta Health and Wellness.

12. Kaler SN. The BRAID study: believing we can reduce the Aboriginal incidence of diabetes. University of Alberta, Edmonton; 2005. (Thesis)
This PDF has been produced for your convenience. Always refer to the live site https://www.rrh.org.au/journal/article/1170 for the Version of Record.