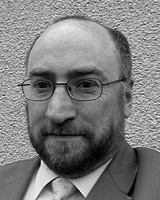 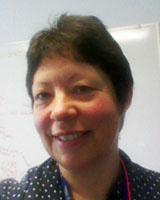 The novel H1N1 virus has appeared in many countries. United Kingdom policy is to contain the virus where possible in order to provide time for service preparation and vaccine development. Cases appeared in the Cowal penninsula on the west coast of Scotland in late May 2009. These cases were unrelated to travel. By 9 June 2009, there were 107 confirmed cases of the H1N1 strain in the area.

The Cowal peninsula, population 23 000, and the neighbouring island of Bute, are served by local community hospitals (Cowal Community and Victoria Hospitals). We would like to describe the initial lessons learned in responding to this incident.

As UK policy is for containment, confirmed and possible cases meeting agreed definitions have to be identified and treated with anti-viral drugs. Close contacts of confirmed cases require anti-viral prophylaxis. If cases occur in schools, a risk assessment is required and prophylaxis and school closure are options.

There was an intense demand for public health advice, and for decisions on issues such as school closures. We moved rapidly to a shift system, rather than our usual on-call arrangements, to accommodate the volume and intensity of work required. Initial work was on contact tracing, but this later expanded to include numerous clinical queries.

Existing public health staff were used for incident management, liaison with national organisations, provision of advice, and development of guidance and information material. Senior management in NHS Highland identified other managers and staff available to undertake administrative, management and contact tracing duties. Establishment and management of a database of cases and contacts was essential.

Constant telephone calls made work difficult, and a helpline system had to be established with details being collected and then calls returned in batches by the appropriate staff. Staff with expertise in IT and telephone systems were needed, and support was also obtained from NHS 24, a national NHS helpline.

The identification of cases, and the need to offer prophylaxis to contacts, had a major impact on local services. A local operational control room was essential, and daily planning meetings were established, including telephone conferences with Public Health.

In order to allow primary care services to function as normally as possible, anti-viral distribution centres were established in Cowal Community Hospital and later at the Victoria Hospital, with extended opening hours. In Dunoon, it was possible to separate symptomatic people from those attending to collect prophylaxis.

As with the public health experience, computer systems had to be developed rapidly to handle the volume of information, and to ensure that adequate records were maintained. Close liaison was required with other agencies, particularly the Education Department of Argyll and Bute Council. If a school closure was recommended and prophylaxis required, the Education Department informed parents, and parents were asked to attend the anti-viral distribution centre to collect drugs and information before collecting their child from school.

Rural areas globally will be developing their own response plans. We trust our experience may assist others in this major and urgent task.

This PDF has been produced for your convenience. Always refer to the live site https://www.rrh.org.au/journal/article/1249 for the Version of Record.