Typhoid fever presenting as a depressive disorder - a case report 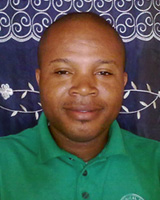 © Kingsley Ukwaja 2010 A licence to publish this material has been given to James Cook University, jcu.edu.au

Neuropsychiatric complications associated with typhoid fever are relatively common in the tropics; however, typhoid fever with associated depression is rare and can present a diagnostic challenge to rural clinicians.
Issue: This case report describes a 12 year old female with no documented psychiatric history who developed signs and symptoms of delirium with depressive elements while also infected with typhoid fever. At the time of presentation to a community health centre in Abeokuta, Nigeria, the patient had been misdiagnosed as suffering from primary psychiatric morbidity and therefore mismanaged. Following investigation and appropriate therapy she made a complete recovery.
Lessons learned: A rural physician working in an area with an inadequate safe water supply can expect to encounter several cases of typhoid fever with neuropsychiatric presentation. In order to make a correct diagnosis clinicians must maintain a high index of suspicion of primary medical morbidity in patients presenting with depressive features associated with a febrile illness.

The Family Health Centre, Okeilewo, is a Comprehensive Health Centre of Abeokuta-south local government area in south-western Nigeria. It receives referrals from three primary health centres and 12 rural health posts. Approximately 20 000 patients visit the hospital annually for consultations. A 12 year old female with typhoid fever presenting as delirium with depressive features was received and managed at this centre.

On 29 May 2009, a 12 year-old female developed a moderate grade continuous fever without chills or rigors with generalized body weakness, insomnia and vague abdominal pain. On the second day of her illness these features persisted and she became anorexic. She was given artesunate and an antipyretic purchased by her parents at a drug store but there was no improvement. On the third day, she began talking irrationally, expressing inappropriate guilt and feelings of worthlessness.

She had no prior psychiatric history, nor had there been any family stresses. Apart from occasional febrile illnesses (treated as malaria) her medical history was unremarkable. She lived with her parents and attended a day secondary school.

On days 4 and 5 of her illness she was taken to a church where prayers were made for her 'deliverance'. On the sixth day she was taken to a community psychiatric center where plans were commenced for her management as a patient with a primary psychiatric disorder. However a social worker in her treatment team had recently been involved in the treatment of two cases of probable typhoid psychosis in adults. The social worker suggested that the patient should be evaluated by a clinician initially, and she was referred to our hospital.

The patient was admitted to our hospital on 5 June 2009 for medical evaluation and management. On admission she was found to be an unkempt, poorly nourished adolescent female who was conscious, disoriented in time and who occasionally obeyed verbal commands. She was found to have a depressed mood, poor concentration, and episodes of irrational speech with expressions of inappropriate guilt and worthlessness accompanied by related psychomotor disturbance (intermittently kneeling and begging for forgiveness). She was febrile (37.9°C) and moderately dehydrated. There were no focal neurologic deficits, her pulse rate was 92/min and BP 100/80 mmHg. Chest and abdominal examinations were unremarkable.

After physical examination a differential diagnosis was made of malaria and typhoid fever with depressive features, or sepsis syndrome. Investigations revealed a PCV of 30% with normal total and differential leucocyte counts. Rapid diagnostic testing for Plasmodium falciparum showed mild parasitaemia. A Widal test revealed Salmonella typhi O and H titres of 1:360 and 1:160, respectively; and 1:160 for O titres of Salmonella paratyphi A and B. H titres of S. paratyphi A, B and C, and O titre of S. paratyphi C were all below 1:80.

By the 3rd day of admission, her psychomotor disturbances had reduced but she remained febrile and her altered mental state persisted. On the 4th day, when investigation results were available, metronidazole and ciprofloxacin were withdrawn and she commenced IM chloramphenicol 500mg 6 hourly.

On the 5th day of antibiotic therapy she became afebrile and her mental state, appetite and sleep pattern improved. She was discharged on the 6th day of admission on oral chloramphenicol 500 mg 6 hourly for 10 days. At discharge she had normal sensorium with a Folstein's mini-mental score of 30/30. On follow up at 2 weeks and 1 month after discharge she was without medication and her clinical state was unremarkable.

Two Nigerian studies found that psychiatric morbidities in typhoid fever were common among children and young adults4,6; however, the reason/s for this were not clear. The current patient developed features of depression at the height of her fever. While she remained febrile her psychiatric morbidities endured. This suggests that fever caused by salmonella endotoxemia may be implicated in the development of depression in patients with typhoid fever. However there is controversy about the role of fever in the pathogenesis of neuropsychiatric complications associated with typhoid fever. In some series a relationship was found to exist, while others it was not1,3-4,6.

The pathogenesis of neuropsychiatric manifestations of typhoid fever is unclear. Several factors have been suggested, including neuro-endotoxin interactions, altered immune response, fluid and electrolyte imbalance, and nutritional disturbances1,3-6. The presence of pyrexia, dehydration and high titres of S. typhi antigens in our patient are consistent with reports suggesting such factors play a role4,9.

Our patient's delirium may have been due to malaria. However, she completed artemisinin monotherapy (artesunate) prior to presentation, and on admission received a complete dose of amodiaquine with no change in her clinical or mental state. Studies have shown that in malaria endemic areas, as many as 80% of children in the community may be parasitaemic13.

Other relevant biochemical investigations were not available from our laboratory. Blood culture, for example, was not performed to confirm S. typhi infection, and controversies exist regarding the role of a single Widal test in the diagnosis of typhoid fever14,15. However, studies in Nigeria have suggested that a high index of suspicion combined with a single Widal test (using a cut off of at least 1:160 for O and H antigens of salmonella infection) has high sensitivity and specificity, and is sufficient for the initiation of typhoid fever treatment16-18. This is practiced in our centre. It was not possible to demonstrate a rising titre during the patient's illness and recovery due to treatment costs.

Self-medication and the common belief that psychiatric problems are caused by demons resulted in a delay in presentation for our patient. However, one wise decision by a social worker in a community psychiatric center meant that she eventually received appropriate care.

I thank the reviewers for their useful suggestions and the editorial team for their assistance during the preparation of this report. Also, I acknowledge the contribution of the laboratory scientists that participated in the management of this patient.

18. Taiwo SS, Fadiora SO, Oparinde DP, Olowe OA. Widal agglutination titres in the diagnosis of typhoid fever. West African Journal of Medicine 2007; 26(2): 97-101.
This PDF has been produced for your convenience. Always refer to the live site https://www.rrh.org.au/journal/article/1276 for the Version of Record.