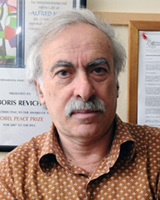 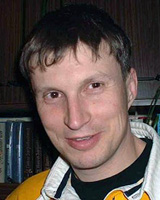 © Boris Revich, Dmitry Shaposhnikov 2010 A licence to publish this material has been given to James Cook University, jcu.edu.au

Although the health impacts of heat waves and, to a lesser extent, cold spells in big cities in moderate climates have been well documented, little is known about the same impacts in the circumpolar region. An epidemiological study in an Arctic town presents considerable difficulties for the statistician because of small population sizes. When daily mortality counts are mostly 0, 1 or 2, they are not normally distributed and do not fit the independence assumption. The aim of this study was to take these difficulties into account and assess the impacts of extreme temperature events on mortality rates in Yakutsk, a city with a strongly continental climate, situated near the north pole.
Method: Long-term distributions of daily mean temperatures were analyzed for identification of heat waves and cold spells during the study period of 1999 to 2007. The authors investigated daily mortality from all non-accidental causes, coronary heart disease and cerebrovascular causes among the age groups 30-64 years and 65 years and over. Statistical analysis was in two steps. Step 1 involved Student's t-tests of samples, which consisted of cumulative mortalities during each heat wave. This provided a measure of the average health effect of all identified heat waves, and the same analysis was performed separately for cold spells. At Step 2, the authors compared the observed cumulative mortality during each individual temperature wave with expected seasonal mortality, using χ2 tests.
Results: The analysis of the impacts of six heat waves and three cold spells provided sufficient evidence that cardiovascular and non-accidental mortalities increased in Yakutsk during both heat waves and cold spells. The magnitude of established health effects was approximately the same for heat and cold. No significant differences were found between the two analyzed age groups in terms of relative excess mortality. Coronary heart disease mortality increased more than two-fold during some of the identified temperature waves, while non-accidental mortality increased by approximately 50%. The time lags between the temperature wave and observed increase in mortality varied between 8 and 14 days, which indicated that the health effects of temperature extremes were delayed rather than immediate. The evidence obtained of the effects of temperature waves on cerebrovascular mortality was not conclusive. Addressing the methodological implications of dealing with small cities, the authors linked the sensitivity of the applied statistical tests to arithmetic means and relative standard deviations of daily death counts, and to the duration of temperature waves.
Conclusions: The proposed methodology can be applied in other medium-sized towns (populations >200 000, approximately); however, only large relative increases in mortality will be statistically significant. For example, relative risks of less than 2.0 for coronary disease mortality and 1.4 for non-accidental mortality are likely to be non-significant.

There are at least two compelling reasons for focusing on public health in northern cities with a continental climate. First, greater seasonal and diurnal variations of temperatures are likely to have more pronounced health consequences. Second, most climate models predict that circumpolar regions will experience greater climatic changes than global averages. Recently observed climatic changes in Siberia were noticeably greater than the global trends. If the average global surface temperature increased by 0.65°C over the last 50 years1, then in central inland parts of Siberia, the average annual temperature increased by 1-3°C, and average winter temperatures increased by 3-5°C during the same period2. This study concerned Yakutsk in Russian East Siberia, located approximately 4° (450 km) below the Arctic Circle. It is the capital of the Sakha (Yakutia) Republic, with a population of 210 642 according to the 2002 Census. Yakutsk is one of the coldest cities on earth, with January temperatures averaging −40.9°C. The coldest temperatures ever recorded outside Antarctica occur in the basin of the Yana River to the northeast of Yakutsk. However, July temperatures may exceed 30°C, placing the region among those in the world with the greatest seasonal temperature variations.

The relationship between extreme temperature events and mortality has been well documented in moderate climates, where the greatest observed increases in total mortality typically reach 60-85%3-5, while the documented impacts of cold spells were generally more modest at 10-15%6,7. Most researchers agree that cardiovasclular and respiratory deaths contribute most to these increases. Unfortunately, little is known about the same relationship in circumpolar regions. One obvious reason is the absence of large cities, which makes direct epidemiological studies difficult. This study attempted to fill this gap and proposed a statistical framework to estimate variations in mortality that can be applied to cities where the total daily mortality is relatively low (4-6 deaths per day).

The purpose of the current study was to assess the impacts of extreme temperature events on mortality rates in the selected age- and cause-specific categories of mortality, and to identify the most vulnerable population groups.

The results of this study may be used to establish population alert thresholds for when a specific climatic event (either heat wave or cold spell) is anticipated. Because most climate models predict widespread changes in extreme temperatures1, the projected increases in the frequency of extreme temperature events may be combined with the results of the current study to estimate the potential direct effects of climate change on mortality in circumpolar regions.

The study period spanned the 9 years between 1999 and 2007. A database of daily mortality counts was developed and subdivided into 6 categories by age and cause of death (Table 1). No distinction was made between the sexes. The two selected age groups represented the able-bodied population: 30-64 years and retired people aged 65 years and over; the number of deaths among those aged under 30 years was too small to analyze. The selected causes of death reflected our current understanding of climate-dependent causes: non-accidental deaths and cardiovascular mortality were analyzed. Based on absolute numbers of deaths, the two most significant causes were analyzed among cardiovascular deaths: ischemic (or coronary) heart disease (IHD) and cerebrovascular diseases (CVD). Mean daily temperatures for this study were calculated on the basis of 3 hour air temperature data recorded by Yakutsk weather station, which belongs to the network of Federal Service for Hydrometeorology and Environmental Monitoring (Roshydromet).

Six heat waves and three cold spells were identified in Yakutsk during the study period, which varied in length from 9 to 19 days. It was assumed that the duration of the mortality response would be approximately equal to the duration of causative temperature wave. Thus, any slow changes in mortality, which have typical temporal scales of longer than approximately 4 weeks, had to be filtered out prior to the analysis of the impacts of discrete weather events.

For this purpose, the observed daily mortality Mt was treated as the sum of a fast component Ft, which responds to day-to-day variations of meteorological parameters, and a smooth function of time Yt, which models all longer-term trends. The latter was modeled as a weighted moving window average of Mt, with the width of the moving window equal to the number of degrees of freedom (DF):

All days of the study period, including temperature wave days, were included in the estimation of Yt. The weights vi in [1] were determined as a compromise between smoothness of function Yt and goodness of fit:

where λ is a parameter, 0<λ <1, which ultimately defines the degree of smoothing. By varying this parameter, it was easy to select the desired amount of smoothness of the Yt function, as has been described8. Goodness of fit is inversely proportional to the sum of the residuals

Because of this it was necessary to either rectify these problems or to use non-parametric tests, which do not require assumptions about the underlying parent distributions. In fact, both were attempted, and eventually a two-tiered research strategy was arrived at, which consisted of the following sequence: Tier 1 - screening analysis of cumulative impact of all six heat waves identified during the study period; Tier 2 - analysis of the health impacts of individual heat waves. The same strategy was then applied to cold spells.

The goal of Tier 1 analysis was to normalize the parent distribution of daily mortality rates and use dispersion analysis of independent samples drawn from this distribution. Because all the heat waves were observed in different years, their health effects were assumed to be independent from each other. In the Tier 1 analysis, the average, or cumulative, health impacts of all six heat waves were quantified, pooled into one sample, and categories of mortality identified where the impacts were statistically significant. Thus, Tier 1 was essentially a screening analysis, because it reduced the number of categories of mortality to be analyzed during the second tier (where the impacts of individual waves were studied).

RSD is the relative standard deviation of the parent distribution of daily mortality rates from Table 1;

n is the number of heat waves (or cold spells) included in Tier 1 analysis;

w is average duration of a temperature wave; in the study setting w=11. It is noteworthy that Equation [3] illustrates why short heat waves should be excluded from analysis in small cities.

To give the reader the feeling of what to expect from a Tier 1 analysis of a pooled sample of six heat waves in a small city like Yakutsk, RRc=1.40 for IHD mortality and RRc=1.18 for non-accidental mortality in the age group 30-64 years. Smaller relative risks will be factored out during the Tier 1 analysis. Equation [3] shows why relative standard deviation of daily death rates is so important for the sensitivity of Tier 1 tests, which is not the case with Tier 2 analysis. Using Pearson's χ2 test, the critical value of relative increase in deaths during an individual temperature wave was given by the simple expression:

This PDF has been produced for your convenience. Always refer to the live site https://www.rrh.org.au/journal/article/1338 for the Version of Record.