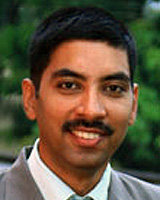 © Durgesh Tadepalli, Adada Srinadh, Kalava Balaji, Dixon Thomas 2014 A licence to publish this material has been given to James Cook University, jcu.edu.au

In rural communities, acute diarrhea contributes to a significant number of hospitalizations and deaths of children1. Poor sanitation and hygiene, as well as lack of awareness and money spent on child care, could be some of the reasons for aggravation of acute diarrhea in this patient population2. Early use of oral rehydration, continuation of breast feeding, and proper dilution of formula feeds are important steps for decreasing hospitalizations3. Short-term zinc supplementation is important in children with malnutrition to avoid diarrhea4. Irrational use of some antimicrobials can cause diarrhea, as well as increasing the chance of microbial resistance5.

We studied the prescribing pattern for managing acute diarrhea requiring hospitalization. The study was done for 7 months from January to July 2012 at the Rural Development Trust Children's Hospital, Bathalapalli, Anantapur, Andhra Pradesh, India.

In this study, all patients admitted to the hospital with diarrhea were included. In the total of 147 inpatients, 59% of the cases admitted for diarrhea were in the age group of 3-12 months. All of the mothers were asked to continue breastfeeding their children. Breastfed children less than 6 months of age were less likely to die of diarrhea than infants who were not breastfed (Fig1)1,3.

All pediatric prescribers followed a treatment protocol of acute diarrhea based on Indian Academy of Paediatrics guidelines. The average hospital stay of each patient was 3 days. The defined daily doses of zinc acetate, cotrimoxazole, and amikacin per 100 bed days were 3.904 mg, 0.5057 mg, and 0.433 mg respectively. The prescribed regimen which managed diarrhea in most cases was oral rehydration salts, zinc, and probiotics in 76 (51.7%) patients. Average cost of medicines in such patients was 38 Indian rupees (Rs 38). Acute gastroenteritis with severe dehydration was on average four times costlier (Rs 157) than treating similar conditions with mild dehydration. It should be considered that child mortality and the financial burden on the caregiver could be decreased by creating awareness about the prevention of dehydration of children at home, as well as rational prescribing of patterns of antibiotics and other medications.

This PDF has been produced for your convenience. Always refer to the live site https://www.rrh.org.au/journal/article/2746 for the Version of Record.