How safe is GP obstetrics? An assessment of antenatal risk factors and perinatal outcomes in one rural practice 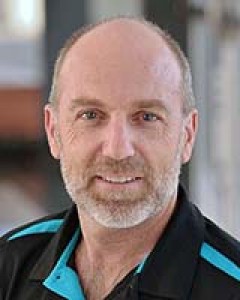 © Andrew B Kirke 2010 A licence to publish this material has been given to James Cook University, jcu.edu.au

Introduction: Approximately one-fifth of Western Australian women deliver their babies in rural and remote regions of the state. The medical workforce caring for these women is predominantly non-specialist GP obstetricians. This article explores how safe is rural GP obstetrics. It reviews one rural obstetric practice in detail. In particular it asks these questions: What are the antenatal risk factors? What are the obstetric outcomes for the mother? What are the obstetric outcomes for the baby?
Methods: This study is an audit of the author's obstetric practice over a two-year period from July 2007 to June 2009. The audit criteria included all obstetric patients managed by the author through to delivery and immediate post-partum care. Hospital and practice notes for 195 singleton pregnancies were reviewed. Antenatal risk factors, intrapartum events and immediate post-partum events for all patients cared for by the author through to delivery were recorded and compared with averages for Western Australia from published 2007 figures.
Results: The maternal population had mean age of 28.5 years, 2.1% were Aboriginal. Body mass index (BMI) at booking was a mean of 27.1 (range 18-40). Those with a BMI > 40 were referred elsewhere. Significant antenatal risks included smoking (14.9%), previous caesarean section (14.4%), hypertension (13.3%), pre-eclampsia (5.1%) and gestational diabetes (8.2%). Intrapartum there were high rates of induction (33.5%), epidural/spinal (34.7%) and shoulder dystocia (3.6%). Type of delivery was predominantly spontaneous vaginal (65.6%), vacuum (14.9%), forceps (2.6%), elective caesarean (9.7%) and non-elective caesarean (8.7%). Post-partum events included post-partum haemorrhage (10.3%), transfusion (1.5%), retained placenta (2.1%), neonatal jaundice (21.1%), neonatal seizures (1.5%) neonatal sepsis (1.5%) and neonatal special care or intensive care (SCU/NICU) admission (9.8%).
Conclusions: The audit population was a group of relatively low risk pregnant women. Despite referral of more complicated patients to specialist services either in Kalgoorlie or to Perth, there remained a significant number of women who developed antenatal risk factors. There was a high rate of induction of labour, which reflected the high rates of hypertension and diabetes, both relative indicators for induction at term. There was a reassuringly high rate of spontaneous vaginal delivery and low rates of elective and non-elective caesarian section. Post-partum clinically significant events still occurred for mother and baby, although not at rates higher than expected elsewhere. The results of this audit show that in a rural setting where options for referral may be less than in an urban setting, it is still possible to practice obstetrics safely. These results support the hypothesis that it is safe to practice GP obstetrics particularly in a rural setting. An unexpected result in this audit was the high rate of gestational diabetes, which is significantly greater than the average published for Western Australia. Further investigation of rates of gestational diabetes in other rural populations is warranted to explore this further.

Western Australia had 29 622 obstetric deliveries in 2007, of which 7213 or 24.4% live in rural or remote regions1. Of these, 5651 or 18.8% delivered in rural and remote regions1; therefore, about 80% of women resident in country areas deliver in or near their region of residence2. The medical workforce servicing these patients is made up predominantly of general practitioner (GP) obstetricians, 137 of whom were identified working across the state in 2007. There were just six specialist obstetricians of which four were in one town, Bunbury3. Thus the burden of obstetric care in rural Western Australia falls to non-specialist doctors or GPs with an interest in obstetrics.

As a GP obstetrician, the challenge is to refer high-risk patients to an appropriate centre in a timely fashion and develop and maintain the skills to adequately deal with whatever else occurs. In addition there are well-recognized aspects of rural populations that make them a higher risk as a group. These factors include higher rate of Aboriginality, remote locations and poor access to health services and, in some areas, poor socioeconomic indicators. Given these challenges, it is worthwhile to look at what is actually happening in a rural GP obstetric practice.

The audit population comprised all deliveries conducted by the author over a two-year period from July 2007 to June 2009.

All patients delivering in Kalgoorlie hospital and in whose obstetric care and delivery the author was involved were reviewed for the two-year period from July 2007 to June 2009. There were 195 patients identified, which is about 15% of the total number of deliveries at Kalgoorlie Hospital for this period. Not included in this audit were patients seen antenatally and referred elsewhere. This included those patients electively choosing to be seen privately by an obstetrician in Perth, patients with high antenatal risks such as insulin-dependent diabetes or morbid obesity who were referred to King Edward Memorial Hospital, the sole tertiary centre for Western Australia or those patients transferred out in pre-term labour prior to 35 weeks gestation, which was the cut off for managing these pregnancies in Kalgoorlie.

Results are presented in Table 1. For each measurement there is a comparison with figures published elsewhere. Comparisons were made with the most recent Western Australian data where possible. This was obtained from the Midwife Notification Report data in the Perinatal Morbidity Report1.

The patient cohort in this study was a relatively low-risk obstetric group, given the low rate of Aboriginality and referral of the more complicated patients to specialist services. Despite this, a substantial number of antenatal complications occurried including particularly hypertension, obesity, pre-eclampsia and a significantly high level of gestational diabetes. There were a number of intrapartum and post-partum complications, although mostly these were in line with expected levels. In particular, maternal sepsis, antepartum haemorrhage, shoulder dystocia, failure to progress and foetal distress occurred at rates similar to the averages for Western Australia. Post-partum haemorrhage at 10.3% seems high but is also on a par with the Western Australia state averages and only 2% required transfusion.

There were 195 live births from 195 singleton deliveries. These were better than expected results in this audit for high vaginal birth rate, low caesarean section rate and a relatively high vaginal birth after caesarian rate. These figures make the case that despite a significant number of antenatal and peripartum complications it is possible to have a safe outcome for mother and baby in a selected obstetric population. It supports the hypothesis that GP obstetrics can be practiced safely in rural Western Australia.

About a fifth of Western Australian women deliver their babies in rural and remote regions of the state and 77.5% of those living in rural areas choose to deliver in rural areas2. In absolute numbers that was 5587 births in 20072. Perinatal morbidity data from Western Australia tells us that certain rural regions fare worse than others6. Data from the 12th Report on Perinatal and Infant Mortality6 show that the perinatal infant mortality rates were significantly higher in the Kimberley and the Great Southern regions than in metropolitan areas. The report from the previous triennium showed higher mortality rates in the Goldfields and the Pilbara6. Perinatal mortality is the tip of the iceberg of antenatal and perinatal morbidity and one of the more obvious differences is the higher rate of Aboriginal women giving birth in rural and remote regions and the disproportionately high rate of Aboriginal babies represented in the perinatal morbidity statistics6. Other contributing factors that apply to all people in rural areas regardless of ethnicity include reduced access to all levels of health care due to physical isolation or distance from facilities and fewer numbers of health personnel per head of population, particularly obstetrically qualified doctors and midwives. In Western Australia, the medical workforce caring for these women is predominantly non-specialist, that is GP obstetricians3. Data from the BEACH study7 reflects a similar trend Australia-wide, showing that rural GPs see a significantly higher number of obstetric consultations than their urban colleagues. In summary, a significant proportion of the total births for Western Australia occur in rural regions. We know from perinatal mortality data that some of the highest risk groups are in the remotest regions. Access to a tertiary centre is problematic in emergencies and difficult even for planned consultations. And the majority of doctors providing obstetric care in rural Western Australia are GPs with an interest in obstetrics.

The safety of remote and rural centres has been looked at elsewhere. For example, Grzybowski et al. conducted a five-year prospective review of obstetric outcomes in a remote rural community in Canada8. In that study all deliveries in one small remote hospital over a four-year period were reviewed. The outcome measures included perinatal mortality, low birth weight, neonatal transfer and low Apgar at 5 minutes. A total of 286 women were included and there were 6 perinatal deaths of which 5 were very premature births. Predictably there were no significant differences between these extreme endpoints and expected results. It was calculated that the study would have to continue for 85 years to collect enough cases to test for significant differences in perinatal mortality8.

Morbidity outcomes rather than mortality allow for a more meaningful comparison when there are small numbers of patients. Mortality figures are effectively the tip of the iceberg when compared with morbidity data. Because mortality events are so infrequent, it is difficult to get meaningful sample sizes, particularly in smaller communities. Morbidity data reports more frequent events and a comparison in smaller sample sizes is possible The results reported in this study looked at similar numbers of patients to the Canadian study but reviewed antenatal and perinatal complications and outcomes in greater detail. The absence of any perinatal or maternal mortality in this study is reassuring but of no statistical consequence due to the small numbers. The results for factors such as hypertension, pre-eclampsia and diabetes can be meaningfully compared with expected averages.

The isolated and scattered environment of rural health often means that there are fewer resources per head of population in rural and remote areas than urban areas. However rural people still need adequate and appropriate health care. This study supports the argument that appropriately trained generalist doctors can safely care for rural obstetric patients in areas where specialist services are less accessible.

The results of this audit show that in a rural setting where options for referral may be less than in an urban setting it is still possible to practice obstetrics safely. These results support the hypothesis that it is safe to practice GP obstetrics particularly in a rural setting. An unexpected result in this audit was the high rate of gestational diabetes, which is significantly greater than the average published for Western Australia. Further investigation of rates of gestational diabetes in other rural populations is warranted to explore this further.

8. Grzybowski SCW, Cadesky AS Hogg WE, Rural obstetrics: a 5-year prospective study of the outcomes of all pregnancies in a remote northern community. Canadian Medical Association Journal 1991; 144(8): 987-994.

This PDF has been produced for your convenience. Always refer to the live site https://www.rrh.org.au/journal/article/1545 for the Version of Record.