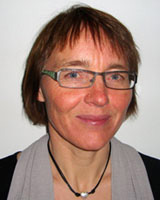 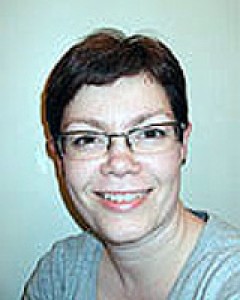 © Margrete Gaski, Marita Melhus, Trygve Deraas, Olav Helge Førde 2011 A licence to publish this material has been given to James Cook University, jcu.edu.au

Lack of access to health care, especially in early childhood, is one of the major determinants of inequality in health1. While there are many studies describing problems and barriers in access to care among Indigenous patients2-4, there are few quantitative studies that assess disparities in the utilization of healthcare services between Indigenous groups and the majority population. A study in Australia found a higher rate of hospitalization among Aboriginal people5. This article explores the utilization of health care among the Indigenous Sami people in Norway.

Variations in healthcare expenditure has been an issue in health service research for many years6. Variations in hospital rates are often described in the literature using aggregated data and small area analysis6-8, or in studies of access to services9. Regarding geographic access, it is widely acknowledged that the nearer one is to services the better is one's access10. When considering health-delivery system characteristics, it has been established that those living in areas with more services (eg more physicians) have superior access to health care7,9. Hospital use is also related to the characteristics of the patient and population. This is often based on qualitative studies, and this socio-cultural literature examines cultural access and the way linguistic problems and cultural differences shape barriers for effective communication and treatment11-13. However in studies based on aggregated data, information revealing linguistic and cultural barriers to care is not easy to include in a model.

Since the 1960s in Norway there have been political and professional concerns about persistent health gradient differences between the northernmost county (Finnmark) where many Sami people live, and the counties further south. In 1980, a study of a Sami village observed a gap between Sami people and other Norwegians in their primary healthcare utilization14,15. While the average consultation rate in Norway was 3 times a year, subjects who considered themselves to be Sami had 0.5 visits per year, and other villagers 1.4 visits. Fugelli suggested that linguistic and cultural barriers prevented Sami patients from consulting a doctor. A more recent study suggested ethnic barriers to Sami youths accessing health services, although Sami and non-Sami youths were found to use health services with equal frequency16. Apart from these studies there is little documentation of health service utilization among the Sami people.

The objective of this study was to explore whether somatic hospital services and specialist care are under-utilized among Sami people by comparing health expenditure in predominantly Sami municipalities and non-Sami municipalities.

Data on the expenditure of hospitals and specialist services were retrieved from the Norwegian Patient Registry (NPR) for the period 2002-2006. However data from 2008 was used to ascertain the number of specialists in private practice, the number primarily public funded and attached to hospitals, and the specialist service level (data from 2002 to 2006 were not available). Mean annual expenditure rates express the number of out-patient contacts and hospitalizations. Each individual may have more than one out-patient contact or more than one hospitalization.

In Norway there are no official health-related or other statistics for people in the ethnic group Sami. Even the number of Sami who live in Norway is unknown, and no clear ethnic border between Sami and Norwegians has been established. However a geographical delimitation is often used in Sami policy instruments. In 1992, six rural Sami municipalities in Northern Norway (Kautokeino, Karasjok, Porsanger, Tana, Nesseby and Kåfjord) were described as the administration area for those who speak the Sami language. For the purposes of the present study, these were considered the main area of Sami habitation (Fig1).

Municipalities are well defined population units and valid constituencies for studying variations in the use of hospitals and specialist services across the country.

Figure 1: Map of the main area of Sami habitation, including comparison areas and hospital locations.

Age- and sex-adjusted expenditure rates at the municipality level were calculated using a direct method of standardization, with the Norwegian population of 1 January 2004 as standard, and comparison age groups of 0-19, 20-34, 35-49, 50-64, 65-79 and 80 years and older.

When using aggregated data from the NPR alone, it is not possible to distinguish patient characteristic effects such as linguistic or cultural barriers, on the supply of care, access to care, or substitutes for hospital care. When controlling for structural variables, the objective was include explanatory variables and confounders, and discuss direction in which those variables influenced/affected the results. Travelling time to care from the centre of the municipality to the hospital was used as a simple measure of access to care, and expressed as short, medium or long (<1 hour, 1-2.5 hours, >2.5 hours, respectively).

Data from the NPR were provided as an SPSS Windows v15.0 (www.spps.com) data file, with SAS statistical software for Windows v9.1 (www.sas.com) used for calculations.

This study is a part of the project 'What creates different expenditure rates for hospital services in Norway', and was approved by the Norwegian Social Science Data Services. The purpose of the project is to investigate whether variation in the rate of health expenditure among municipalities can be associated with municipalities' characteristics or primary health care.

The yearly expenditure rates for both out-patient treatment and hospitalization measured at municipality level vary from year to year. In 3 of the 6 municipalities in the main area of Sami habitation, out-patient treatment expenditure ranged from above to below the national average during the period 2002-2006. The annual variation is largest in the smallest municipality, where the range (highest-lowest yearly rate) is 17 % of the mean annual rate. The annual rates of hospitalization varied even more (up to 33% of the mean annual rate). Taking yearly variation into consideration, the results are presented using mean annual rates for the 5 year period.

Expenditure rates within the main area of Sami habitation vary

Table 1: Mean annual rate of expenditure on out-patient treatment and hospitalization per 1000 inhabitants 2002-2006

Highest expenditure in the middle-aged population in Sami municipalities

Lowest expenditure in the oldest population in Sami municipalities

The study aim was to explore whether there is an under-utilization of somatic hospitals and specialist service among Sami people, based on the rate of health expenditure of Sami municipalities. A major limitation in a geographical analysis like this is that aggregated data may be misleading when the population studied is heterogeneous14, as is the case in the main area of Sami habitation which contains a Sami population and other inhabitants. Inhabitants of the main area of Sami habitation who are not Sami have been included, while Sami people living outside the main area of Sami habitation (including those in cities) have been excluded. However, there is no reason to believe that the heterogeneity of this area challenges our main conclusion, for what is under discussion is the Sami municipalities with the largest proportion of Sami people. Regarding the Sami municipalities with the lowest proportion of Sami people (Porsanger and Kåfjord), a marginal under-utilization of health care among the Sami would be more difficult to detect.

There are, however, two potential limitations to the study. First, the NPR data contains very little information on the background of those consuming healthcare services. Second, only one year (2008) of out-patient expenditure on private practice was available for analysis, so these data are less reliable than the 5 year average for public expenditure.

In the following discussion of the results, consideration is given to the modernization of Sami people, supply and access to care (supply of GPs and distance to care), and the characteristics of the healthcare delivery system (replacements for general hospital beds). Variables such as out-of-pocket payment for services and insurance coverage were not considered in the present study because minimum variance can be expected due to the Norwegian publicly-funded universal healthcare system.

Consequences of modernization and assimilation of the Sami on healthcare consumption: The reduction in the earlier observed differences in healthcare expenditure between the Sami and the rest of the population is probably closely related to the modernization and assimilation of the Sami people. The traditional Sami way of life is rarely followed now, and many Sami people do not speak the Sami language. As the Norwegian Sami population has become modern and heterogeneous, the Sami people have integrated into the Norwegian social system26. High levels of education and good health among the Sami people are the consequences of this assimilation, with no health differences between Sami people and other Norwegians today27. This is in contrast to other Indigenous peoples, for in North America, Australia and New Zealand, the healthcare barriers of poor communication, rural location and low socio-economic status continue to disproportionately affect indigenous populations2.

Travelling time to care: It is widely acknowledged that medical care is easier to access when it is located nearby. Therefore 'travelling time to care' as a proxy for access to care is often considered an important factor when explaining differences in healthcare expenditure. None of the Sami municipalities had access to a hospital within 1 hour of travelling time; however, Karasjok is one of 2 municipalities in Finnmark that hosts an out-patient clinic. The location of this clinic might explain the very high out-patient expenditure in Karasjok. Kautokeino is the Sami municipality located furthest from a hospital (>2.5 hours) and this may explain its lower expenditure on public out-patient services. However the use of specialists in private practice in Kautokeino was equal to the national level. While specialists in private practice are located mainly in the urban areas of Norway, there are some specialists located within 2 hours' travel of Kautokeino.

Studying the current healthcare expenditure among Sami people in Norway is relevant because former studies have concluded that linguistic and cultural barriers prevent Sami people from using healthcare services, and recent official 'white papers' have assumed an under-utilization of health services among Sami patients. The present study results on the healthcare services expenditure of 6 Sami municipalities do not indicate that barriers prevent the inhabitants from using somatic hospital and specialist services. However the fact that cultural differences and linguistic problems often shape communication failure between patients and providers must still be taken into consideration. Although this study does not support that being an inhabitant of a Sami municipality is significant in terms of expenditure on health services, it cannot be excluded that Sami patients experience a patient-physician relationship of lesser quality than other Norwegians.

Concerns related to somatic hospital services for Sami people should concentrate on the quality of care, rather than assumed under-utilization.

15. Fugelli P. Morbidity and health service among the women in a Lappish-Norwegian village. Nordic Council for Arctic Medical research Report 1982; 33: 141-142.

28. Abelsen B, Baeck UDK (Eds). Lav stillingsstabilitet som utfordring for fastlegeordningen i Finnmark og Nord-Trøndelag. [Turnover and locums: a challenge for the list-doctor system in Finnmark and Nord-Troendelag] Alta and Tromsø: Norut, 2005. (In Norwegian).

29. Carlsen B, Norheim OF. Introduction of the patient-list system in general practice: Changes in Norwegian physicians' perceptions of their gatekeeper role. Scandinavian Journal of Primary Health Care 2003; 21(4): 209-213.

This PDF has been produced for your convenience. Always refer to the live site https://www.rrh.org.au/journal/article/1655 for the Version of Record.