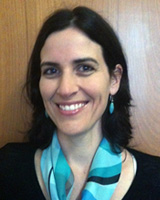 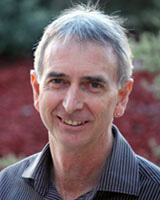 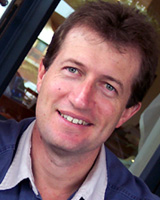 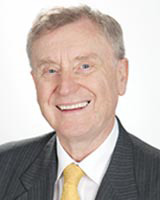 Introduction: Acute Q fever is an important zoonotic disease in some parts of rural Australia. Q Fever can lead to chronic disease such as endocarditis, this complication occurring more commonly in patients with underlying heart valve pathology or an impaired immune system. Untreated Q fever endocarditis has a high mortality rate, but even with appropriate therapy, 10% of patients will die. Cardiac assessment can identify patients at risk. The aim of this review was to examine recorded cardiac assessment of hospitalised Q fever patients within the regional area of Hunter New England (HNE), New South Wales (NSW).
Methods: Medical records of patients with Q fever admitted to hospitals in HNE during the period 2005-2009 were identified through the NSW Notifiable Diseases Database and the NSW Inpatient Statistics Collection. A standardised medical record review tool was used to undertake the review.
Results: Eighty-nine records were reviewed. Over 50% of patients were admitted to a district hospital staffed by local GPs. Cardiac assessment was not routinely documented and for 91% there was no record of a cardiac history being taken. Approximately 25% had no record of a cardiac physical examination and only 6 cases had a record of a complete cardiac examination.
Conclusion: Q Fever remains an important disease in some parts of rural Australia. Q Fever endocarditis is a serious sequel to acute Q fever and underlying heart valve pathology. Due to its indolent progression and poor outcome when diagnosis is delayed, a thorough cardiac assessment of all patients with suspected or confirmed Q fever is important. The level of documentation of cardiac assessment for Q fever patients is of concern because it may indicate cardiac assessments were not performed. General practitioners, especially in rural and regional areas, are encouraged to conduct cardiac assessments for all patients with acute Q fever to identify patients at risk of developing Q fever endocarditis.

Q Fever is a notifiable zoonotic disease caused by Coxiella burnetii infection1-5. It is commonly found in rural areas in people with close contact with livestock such as cattle, sheep and goats. Abattoir workers, farm workers and veterinarians are most at risk of infection1-4. More than half of human infections are asymptomatic and most other infections result in a mild self-limiting febrile illness that occurs 2-3 weeks after inhaling Coxiella-containing aerosols1. However, acute disease can be severe with atypical pneumonia or hepatitis1-4. The diagnosis is usually made through serology 2-3 weeks after the onset of disease and tetracycline treatment remains effective. Nevertheless, Q fever can have a major impact on people's lives6,7. A recent study found that 93% of Q fever cases required time off work or school with a median of 21 days, and reported a high proportion (63%) with ongoing health issues many weeks after illness onset7. Post-Q fever fatigue syndrome (QFS) is a well-recognised sequel sometimes lasting for many years8,9. A safe and effective vaccine has been available in Australia since 198910,11. People having the vaccine are required to undergo pre-vaccination testing in order to prevent hypersensitivity reactions due to previous exposure to Q fever12.

In Australia, Q fever remains the most commonly reported zoonotic disease with 450 notified cases in 200713. The incidence of the disease is likely to be higher due to cases that remain undiagnosed and the passive disease surveillance system for Q fever relying on laboratory investigation by clinicians and notification to public health officials. There is no active case finding program for Q fever. Over 85% of Q fever notifications are from residents in Queensland and New South Wales (NSW)13. In 2008 there were a total of 164 cases in NSW with the majority residing in rural northern NSW14. Of all cases in NSW, 42 (26%) were from the regional area of Hunter New England (HNE) in north-east NSW. Of these, 15 (36%) were hospitalised. A recent serological survey of 2438 serum samples conducted in the HNE area health service found a seroprevalence for Q fever phase II antibodies of between 6% and 12%15. The highest seroprevalence was found in patients from rural areas.

The HNE regional area has a population of approximately 840 000 and covers a geographical area of more than 130 000 km2. It includes two tertiary referral hospitals both located in Newcastle, four rural referral hospitals and a number of district and community hospitals (clinical services are usually provided by local GPs).

Acute Q fever progresses to chronic Q fever in 5-30% of patients3,15,16, the most serious form being culture-negative endocarditis accounting for 60-73% of chronic Q fever cases1,2,17. Although endocarditis commonly develops within 3-6 months of the acute attack18, it may only become apparent after 5-20 years3,19. Q Fever endocarditis occurs almost exclusively in patients with pre-existing cardiac valve defects, prosthetic heart valves or an impaired immune system1,2,20. Pre-existing valve defects most commonly involve insufficiencies of the mitral and/or aortic valve; however, patients with a prosthesis seem at greater risk of developing endocarditis20. In some cases of Q fever endocarditis, pre-existing valvulopathy has been minor, such as bicuspid aortic valve, mitral valve prolapse and trivial mitral valve insufficiency21. The risk of endocarditis in patients with valvular disease has been estimated at 39%20, of which almost 75% are male with a mean age of 60 years18,20,22. Diagnosis is usually made by applying the modified Duke criteria, a set of indicators used to diagnose infective endocarditis23,24. The original criteria have been modified to include a single positive blood culture or positive serology result for chronic Q fever. As an alternative to serology and blood cultures, diagnosis can be made by real-time quantitative polymerase chain reaction (qPCR) on the patient's blood25. If Q fever endocarditis is untreated, most patients will die, but even with appropriate therapy the mortality rate remains at 10%1,2. Thus, early diagnosis and prompt antibiotic treatment is important1; however, the mean diagnostic delay for Q fever endocarditis has been reported as 6 months22.

To prevent Q fever endocarditis, some Q fever experts recommend identifying patients at risk through screening for a clinical history of valvulopathy20, or a systematic echocardiography for all acute Q fever patients21,26.

All residents of HNE area health service admitted to a HNE hospital from 2005 to 2009 with an acute Q fever diagnosis were identified through:

A standardised medical record review tool was used to collect patient demographics and details of hospital admission, cardiac history and cardiac examination (by IH or PM). Cardiac examination was defined as a complete examination if the patient had a record of heart and chest auscultation, jugular venous pressure assessment, presence of hepato- and/or splenomegaly and peripheral oedema. When there was no record of a cardiac assessment or when there were statements such as 'nil else' it was assumed the assessment was not performed. Cardiac echocardiography was not reviewed due to unavailability of this diagnostic test in most district hospitals in the regional area of HNE.

Eighty-nine hospitalised Q fever cases were included in the study (Fig1). Seventy-eight cases were identified through the Notifiable Diseases Database (6 excluded) and 83 through the NSW Inpatient Statistics Collection (31 already identified through Notifiable Diseases Database). The additional 52 potential cases from the NSW Inpatient Statistics Collection had their laboratory diagnosis reviewed and 17 were confirmed hospitalised Q fever patients.

The characteristics of hospitalised Q fever patients are described (Table 1). Over 50% of patients (n=48) were admitted to a district hospital while one-third (n=29) was admitted to a rural referral hospital. Most patients (n=67; 75%) were diagnosed with Q fever after discharge, following receipt of positive follow-up serology. Twenty patients (22%) received the Q fever diagnosis while in hospital and 2 patients (2%) were known to have Q fever on admission to hospital.

The majority (n=79; 91%) of medical records of patients who were suspected of having Q fever (Q fever diagnosis made during or after hospital admission) had no record of a cardiac history being taken (Table 2). Of all hospitalised Q fever cases, only 2 patients (2%) had a record of being asked about previous rheumatic fever, and no patients had any record of previous cardiac valve disease or surgery. Of the patients who were known or suspected to have Q fever, the majority of cases had a record of heart auscultation (66%) and chest auscultation (76%). However, only 6 cases (7%) had a record of a complete cardiac examination.

Table 3: Comparison of Q fever cases admitted to a district hospital versus
those admitted to a rural or tertiary referral hospital

Assuming a conservative estimate of chronic Q fever developing in 5% of patients with acute infection16 and endocarditis accounting for 60% of chronic Q fever patients1,2, between two and three patients of all the acute Q fever cases reviewed in this study (n=89) could potentially develop Q fever endocarditis. It was expected that a known Q fever diagnosis would prompt the treating doctor to conduct and document a thorough cardiac assessment to identify patients requiring further follow up and treatment, however this was not found. No patient in the present study received a full cardiac assessment and no patient was identified as being at risk. Nevertheless, the medical record review identified 3 patients with endocarditis.

This study has several limitations. Medical record review may not accurately reflect the history-taking and clinical examination of the admitting practitioner. Previous studies indicate that the standard of medical records are not necessarily parallel to the quality of care received29. However, the low level of documentation is of concern because it may reflect the level of cardiac assessment being conducted.

Only hospital medical records were reviewed and it is possible that the admitting doctor in rural towns may have seen the patient in private practice immediately prior to admission and maintained private practice medical records. This might explain the significantly lower level of documentation of patients admitted to district hospitals. Further, it is possible that a thorough cardiac assessment was conducted in a follow-up appointment either by the treating GP or in an outpatient clinic of a larger rural or tertiary referral hospital. Future research could explore the management of diagnosed Q fever patients who were followed up by GPs and in outpatient clinics, to determine whether cardiac assessment may be conducted at a later stage.

A further weakness was that only HNE-area hospital medical records were reviewed and thus the results may not be generalisable to other sites in Australia.

Efforts to encourage cardiac assessment in patients with an acute Q fever diagnosis have been made in NSW since the results of this study became available. Pathology North Hunter, which provides pathology services to the majority of HNE, has added a reminder about the importance of cardiac assessment with positive Q fever serology results (S Graves [co-author], pers. comm., 28 October 2010). NSW Health has included cardiac assessment in the 'how is it treated' section of the recently updated factsheet on Q fever30. Other efforts could include: the development of clinical guidelines for Q fever for GPs and physicians; education of GPs and physicians, specifically aimed at the rural workforce, through regular professional development seminars; and education and information provided to patients diagnosed with Q fever.

Q Fever remains an important disease in some parts of rural Australia. Q Fever endocarditis is a serious sequel to acute Q fever and underlying heart valve pathology. Due to its indolent progression and poor outcome when diagnosis is delayed, a thorough cardiac assessment of all patients with suspected or confirmed Q fever is important.

The authors thank April Worley for following up serology results and all the medical record staff and managers in Hunter New England Area Health Service for their collaboration in this project.

This PDF has been produced for your convenience. Always refer to the live site https://www.rrh.org.au/journal/article/1763 for the Version of Record.