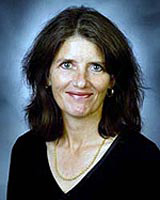 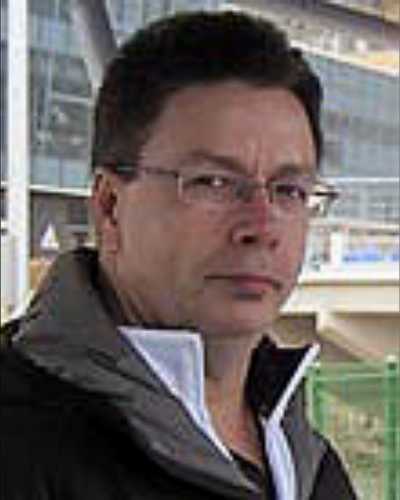 © Cindy Hardy, Karen kelly, Don Voaklander 2011 A licence to publish this material has been given to James Cook University, jcu.edu.au

In the present study, Canadian data collected in 2002 in the CCHS on Mental Health and Well Being Cycle 1.215 were analyzed to answer three specific questions:

Data were from the CCHS on Mental Health and Well Being Cycle 1.215,16, conducted in 2002. The sample was selected using a multi-stage stratified cluster design based on the Canadian Labour Force Survey. One person aged 15 years or older was randomly selected from sampled households. Younger people (15-24 years) and older adults (≥65 years) were over-sampled to ensure adequate sample sizes. Most interviews were conducted in person (86%), with the remainder conducted by telephone. Further methodological details are available elsewhere16. Data analyses were conducted using SPSS (www.spss.com) at a Statistics Canada Research Data Centre. This study was approved by the University of Northern British Columbia Research Ethics Board.

Survey questions designed to detect the presence of specific symptoms were used to identify participants who were likely to have met diagnostic criteria for an anxiety or mood disorder17. This method permits estimates of the number of people who have a probable anxiety or mood disorder independent of access to professional diagnostic services, which may be lacking in some communities. The presence of some mental disorders of interest, such as schizophrenia and dementia, cannot be captured accurately using self-report methods, whereas other disorders of interest, such as eating disorders, were assessed via self-report in the CCHS Cycle 1.2 but were not considered in this study due to their low prevalence17,18.

Dichotomous outcome variables reflecting participants' use of each of four types of professional services for mental, emotional, and/or alcohol or drug problems were derived from responses to questions about mental health service use. The outcome variables reflect whether, in the year prior to the survey, the person had a session of counselling or therapy of 15 min or longer with a professional, either in person or by telephone. The categories of mental health professions examined were: (i) family doctor or GP; (ii) nurse, social worker, counsellor or psychotherapist; (iii) psychiatrist; and (iv) psychologist18. Nurses, social workers, counsellors, or psychotherapists were grouped together because their mental health services (ie counselling) are similar. They are referred to as 'counsellors' throughout the remainder of this article. Psychiatrists and psychologists were defined as specialists whereas GPs and counsellors were defined as non-specialists. A set of 17 predictor variables was selected for inclusion in regression analyses (Table 1). All 17 variables were significant predictors of mental health service use when considered individually.

Cross-tabulated counts and 99% confidence intervals (CI) based on bootstrapped variance estimates were used to examine associations between presence/absence of an anxiety or mood disorder, rural/urban residence, and any service utilization, or use of specialist services, in the previous year. Multivariate logistic regressions were used to evaluate associations between use of professional services and the predictor variables. Four regression analyses were conducted, one for each of four types of professional (family doctor/GP, counsellor, psychiatrist, psychologist). Using the Bonferroni correction, α was set at p <0.01 (4 tests, α of .05/4 = .0125). Adjusted odds ratios (OR) with 99% CI based on bootstrapped variance estimates guided interpretation. The findings can be generalized to the population of Canadians aged 15 years or older living in private dwellings in the 10 provinces. The sample excluded people living in institutions, on Aboriginal reserves, and in some remote regions. The findings should be generalized only to urban and rural (but not remote) community-dwelling Canadians.

From among the total sample (n = 35140), 7.9% had sought professional mental health services in the past year. Among the people who sought help from professionals, the weighted percentage that had seen each type of professional was: family doctor/GP 66.4%; counsellor 30.7%; psychiatrist 24.2%; psychologist 24.7% (the values sum to >100% because participants may have seen multiple professional types in the past year).

Table 2: Factors predicting whether people did or did not talk to a given type of professional
about mental, emotional, or drug and alcohol problems in the past year

The objective of this population-based study was to evaluate the role of rural residence in relation to utilization of different types of professional mental health services. Place of residence was considered along with other demographic, social, and health status factors that predict use of professional services. When considering people with probable anxiety or mood disorders, rural residence was not an important factor in predicting any service use or use of specialized mental health services. Use of particular types of services varied as a function of age, sex, race, level of education, degree of psychological distress, chronicity of distress, and the presence of probable anxiety or mood disorders. These findings imply that if rural residents have a probable anxiety or mood disorder, they receive professional and specialized mental health care at similar rates to urban residents. The findings indicate that the mental health system in Canada must continue to provide a variety of professional services in order to meet the preferences of diverse groups. In view of these diverse preferences, mental health specialists must find and use strategies to provide appropriate supports to non-specialists who provide care to people with mental disorders21. Involvement of specialists in assessment of complex conditions, treatment planning, and when individuals do not respond to standard care, would reduce demands on specialized services while maximizing benefits.

This study has limitations that affect generalization and interpretation of the results. The rural residents represented in this analysis did not live in Aboriginal reserve communities, remote communities, or Canada's northern territories, and the findings cannot be generalized to these communities, which are likely to have more restricted access to mental health professionals. The numbers of rural residents seeking professional help were relatively small, resulting in large confidence intervals. Some of the predictor variables were likely to be correlated with location of residence, but interactions among location of residence and other predictors could not be evaluated due to the relatively small number of rural residents who sought professional care. Residence location was measured at the time the survey was completed and might have changed in the previous year. The professionals identified as non-specialists are likely to have a wide variety of training and experience in mental health service provision, whereas the specialists might or might not have experience in treating anxiety and mood disorders. Finally, the quality and effectiveness of mental health services were not examined, and if examined, they might reveal important differences between rural and urban Canada.

Future research should focus on identifying elements required for treatment success for particular disorders and whether those elements vary across communities of different sizes. Small scale studies of service models specifically designed for rural communities would further our understanding of how to serve rural residents more effectively.

This research was funded and supported by the British Columbia Rural and Remote Health Research Institute. The research and analysis are based on data from Statistics Canada and the opinions expressed do not represent the views of Statistics Canada.

14. Drapeau A, Lesage A, Boyer, R. Is the statistical association between sex and the use of services for mental health reasons confounded or modified by social anchorage? Canadian Journal of Psychiatry 2005; 50: 599-604.

This PDF has been produced for your convenience. Always refer to the live site https://www.rrh.org.au/journal/article/1766 for the Version of Record.