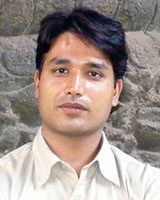 © Prashant Jarhyan, Bir Singh (The Late), Sanjay K Rai, Baridalyne Nongkynrih 2012 A licence to publish this material has been given to James Cook University, jcu.edu.au

Introduction: Despite a widespread public health system, the private healthcare sector is the major provider of health care in rural India. This study describes the profile and medical practices of private rural health providers (PRHPs) in rural Haryana, India.
Methods: A cross-sectional study was conducted among PRHPs practicing in the villages of Comprehensive Rural Health Services Project (CRHSP) at Ballabgarh block located in the Faridabad district of Haryana State. The CRHSP is an Intensive Field Practice Area (IFPA) of the Centre for Community Medicine, All India Institute of Medical Sciences, New Delhi.
Results: Eighty PRHPs participated in this study (response rate 93%). The majority (96%) did not possess a qualification in any formal system of medicine. Half of the PRHPs had a separate space (private area) for the examination of patients. Almost all had stethoscopes, thermometers and blood pressure apparatus. The PRHPs were involved in a wide range of practices, such as dispensing medicines (98.7%), providing injections (98.7%) and intravenous fluids (98.7%), and conducting minor surgery (78.5%). Dumping biomedical waste was a common practice among these practitioners. Some PRHPs (8.7%) were involved in national health programs.
Conclusions: Unqualified PRHPs provide substantial outpatient healthcare services in rural Ballabgarh, India. Their biomedical waste disposal practices are inadequate. There is a need for training in waste disposal practices and monitoring of safe injection techniques among PRHPs. Consideration should be given to utilising PRHPs in important public health programs such as disease surveillance.

In India, allopathic doctors exceed 0.5 per 1000 population (one allopathic doctor for 1440 population) and if qualified Ayurveda, Unani, Siddha, Naturopathy and Homeopathy (AYUSH) doctors are included, the doctor-to-population ratio is more than to 1 per 1000 (one doctor for 750 population)4. Despite the large number of trained medical practitioners available in the country, the majority of medical graduates (74%) serve in urban areas5. In 2010 there was a shortfall in the total requirement for male health workers at Sub-Centres (64%) and allopathic doctors in PHC (10.3% of approximately one doctor per PHC)6. When considered according to Indian Public Health Standards which recommend two medical officers per PHC for adequate, quality health care7, the shortfall is more acute. This situation is compounded by endemic absenteeism among government health personnel in rural health centres8. As a result, unqualified private practitioners are likely to provide health care, especially to those living in urban slums, and remote rural and tribal areas9.

In rural areas, the private health sector provides approximately 81% of outpatient care and 56% of inpatient care10. The private health sector in rural areas consists mainly of unqualified medical practitioners11-13. There are few studies on the profile and practices of unqualified rural medical practitioners in India. This article presents the profile and medical practices of private rural health providers (PRHPs) in rural Ballabgarh, located in Haryana State.

The study was conducted at the Comprehensive Rural Health Services Project (CRHSP), Ballabgarh, located in Haryana, India. The CRHSP is an Intensive Field Practice Area (IFPA) under Centre for Community Medicine, All India Institute of Medical Sciences (AIIMS), New Delhi. The IFPA consisted of 28 villages catering for a population of 85 590 in 2008. Public healthcare services in these villages are provided via two PHCs.

Data were collected from July 2007 to June 2008. The study subjects included all PRHPs practicing in the study area for more than one year who had a healthcare facility (clinic or hospital). Private Rural Health Providers were defined as13:

Traditional healers were excluded from the study. A list of the names, addresses and telephone numbers of all practicing PRHPs in the area was prepared with the assistance of key informants such as health workers and PHC medical officers.

The PRHPs were visited three times before they were classified unavailable. Written informed consent was obtained from all participating PRHPs. Interviews were conducted using a pre-tested interview schedule and data were entered and analysed using Microsoft Excel.

There were a total of 101 PRHPs in 28 villages, of which 87 were eligible. Of these, four declined participation and three PRHPs could not be contacted, giving a total of 80 PRHP participants (response rate 93%).

Approximately half the participating PRHPs had completed up to 12th standard education. Most were unqualified; however, three providers claimed that they had received formal training in one of the Indian systems of medicine (Table 1).

Table 1: Distribution of private rural health providers according to their profile (N=80)

A half of the PRHPs had a separate space or a screened area for patient examination. Five (6%) had laboratory facilities and two (2.5%) had an X-ray facility. Three PRHPs had a separate labour room and a dressing room. One unqualified PRHP had an emergency room, an operation room and a 15 bed ward. The average patient load per day per PRHP was 19 (range 2-100). All PRHPs had a stethoscope (100%), and almost all had a thermometer (99%) and blood pressure apparatus (96%). A nebuliser, weighing machine and needle destroyer were available for 22.5%, 8.7% and 2.5%, respectively.

Two-thirds of the PRHPs reported that they disposed of infectious and pharmaceutical waste with the general waste. Dumping 'sharps' (eg needles, scalpels, broken vials and ampoules) was reported by 43.7% of the PRHPs. Other waste disposal practices were reported to be burial and burning. Nine (11.3%) mentioned that they sold used syringes and needles to junk dealers.

Most PRHPs (93%) expressed a need for training. For one-third this need was for information about new diseases and new medicines, and for 7% it was for training in injection practices (techniques) and medicine dosages.

The finding that most of the PRHPs were unqualified is similar to that of past studies13-20. According to the 53rd Annual report of AIIMS in 2008-2009, the total number of patients seen by PHC under CRHSP Ballabgarh was 43 090 in one year, which is equivalent to approximately 60 patients per PHC/day21. In contrast, the PRHPs in the present study reported seeing approximately 19 patients per day (total for all 80 PRHPs = approximately 1520 patients per day [19 x 80]). Therefore, the average number of patients seen per day by PRHPs in the field practice area was much higher than the outpatient departments of the two PHCs in the area (1520 vs 120), demonstrating that PRHPs cater for the most of the patients in this rural area.

The PRHPs were not actively involved in national health programs. Successful utilization of unqualified medical practitioners in implementing family planning and malaria programs, and AIDS awareness campaigns has been reported by health authorities in the Khammam District of Andhra Pradesh23, and also in the National Tuberculosis Control Program in Bangladesh24. The wide availability of rural PRHPs represents an untapped resource for supervised involvement in national health programs25.

Although most of the PRHPs were unqualified and worked with only basic health infrastructure, they provided a wide range of health services (eg consultation, prescription and dispensing of medicines, administration of injections and IV fluids, minor surgical procedures). While past studies have reported poor knowledge and skills among PRHPs in managing common ailments26-28, unqualified PRHPs are the preferred providers due to their wide availability13 and accessibility11. The Indian Medical Degrees Act, 1916, Section 6-A(1)29 and the Indian Medical Council Act1956, Sections 15 & 2530, have been enacted to punish those who impersonate qualified practitioners in western medical science, and those not registered with state medical councils. However, to date these acts have been unable to check the existence of unqualified private practitioners23, or to regulate their harmful practices. However, because they often serve as the first community contact in rural health care, it is recommended that unqualified PRHPs be utilized for disease surveillance, prevention and education programs.

Unqualified PRHPs do provide substantial outpatient healthcare services in rural Ballabgarh, India. This study revealed their inadequate biomedical waste disposal practices and the need for monitoring and training them in this and safe injection techniques. It is strongly recommended that they be utilised in important public health programs such as disease surveillance.

The authors acknowledge the staff and health workers of PHC Chhainsa and PHC Dayalpur who helped in approaching PRHPs in the villages at CRHSP Ballabgarh.

This PDF has been produced for your convenience. Always refer to the live site https://www.rrh.org.au/journal/article/1953 for the Version of Record.