Nutritional extremes among school children in a rural Brazilian municipality 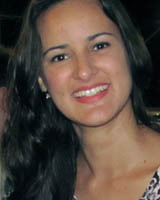 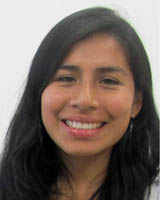 © Glaucia Justo, Gabriela Callo, Luciana Carletti, Maria C Molina 2012 A licence to publish this material has been given to James Cook University, jcu.edu.au

Introduction: Latin America is undergoing rapid demographic and nutritional transitions with the accompanying tendency to overweight as is common in countries emerging from poverty. In Brazil, changes due to the nutritional transition have affected the whole population, both urban and rural. Overweight in a large number of Brazilian children is one of the greatest public policy challenges. The objective of this 2009-2010 study was to estimate the prevalence of nutritional extremes among children from 7 to 10 years of age in a rural municipality on the state of Espírito Santo, Brazil.
Methods: The sample consisted of 901 school children. Socio-demographic (sex, school location, age and skin color) and anthropometric (weight and height) data were collected, as well as information on eating habits (breakfast, number of meals and presence of a companion during meals). The nutritional status was classified according to BMI per age with the cut-off points: BMI for age < 3rd percentile = underweight and BMI per age > 97th percentile = obesity.
Results: A prevalence of 3.4% underweight and 5% obesity was observed, the latter higher in urban areas (p<0.05). Living in an urban area and the habit of eating four or fewer meals/day were associated with obesity among children. Among urban located children 7.5% obesity was found, approximately twice that of rural children.
Conclusion: Underweight has been regressing, possibly due to improvements in access to health and better living conditions, even in rural areas. However obesity was associated with this in the urban location of the area studied. Children who studied and lived in rural areas showed a lower prevalence of obesity, possibly due to lower socioeconomic conditions and more intense physical activity in their daily activities. The habit of eating four or fewer meals was associated with obesity. This could be explained by the alteration it causes to biological mechanisms. The promotion of physical activity is proposed, mainly in urban areas, and nutritional education aimed at improve eating habits in both urban and rural areas.

Latin America is undergoing rapid demographic and nutritional transitions with the accompanying tendency to overweight, as is common in countries emerging from poverty. This change in weight can be explained by changes in eating habits and an increase in sedentary leisure activities. In Brazil, population weight changes due to the nutritional transition have been independent of socioeconomic status, and obesity is one of the greatest public policy challenges1. Being overweight is now the most common health issue that affects children in Brazil2.

Although the nutritional status of children living in urban areas has been widely studied few studies have sought to understand the nutritional perspective of children in rural environments. A study of school children aged 5-9 years old in a rural state school in the Federal District of Brazil found a low prevalence of overweight when compared with the urban population, and none of the children were underweight3. Among specific populations in the rural regions of other countries, similar or even more severe situations were observed, some affecting 20% of children between 7 and 9 years of age4,5.

The object of this study was to estimate the prevalence of nutritional extremes among school children aged between 7 and 10 years, living in a rural municipality in the Brazilian southeastern region.

A cross-sectional study of children from primary schools was conducted in 2009-2010 in the municipality of Santa Maria de Jetibá, Espírito Santo (ES). Santa Maria de Jetibá is located in the mountainous region of ES and is 87 km from the capital Vitória (Fig1). The approximately 34 000 population of this rural municipality are of European origin and 70% live in rural areas where poultry farming and agriculture are the main economic activities. The municipality is known nationally for its organic agricultural produce (www.pmsmj.es.gov.br).

Figure 1: Map of the locations of the study Santa Maria de Jetibá-ES, Brazil.

The sample was planned for this study in order to geographically cover the whole municipality, and the following criteria were used: 2385 school children between 7 and 10 years, an anticipated prevalence of 10% excess weight (overweight and obesity), an error of 3%, design effect of 2, and 5% level of significance. Randomized stratification was used for sampling in two stages. Firstly the total number of children in the regions schools (urban and rural) was considered, subsequently the school size (small: up to 50 students; medium: from 51 to 200; large: more than 200 students). This was proportional to quotas and based on the number of students enrolled in 2008. The minimum number of students calculated was 662 and in order to achieve this, 1000 school children were randomly selected and invited to participate. Children younger than 7 or older than 10 years at the time of data collection were excluded from the study, as were those without an informed consent form signed by their parents or guardians.

A pilot study was performed in a state school with 40 children prior to data collection. Trained undergraduate health discipline students who lived in the region collected data for the main study. During data collection each trainee was responsible for the measurements or questionnaire in order to reduce variability among evaluators.

Anthropometric measurements were performed at schools. Weight was measured in kilograms to 100 g precision using Tanita scales (Family BWF model; Tanita, IL, USA). All children were measured wearing minimal clothes and without shoes, standing at the center of the scales, facing forward and with their arms along their bodies. Height was measured in centimeters to 1 mm precision using a SECA mobile stadiometer (model 206; Seca, Hamburg, BRD) fixed on a flat wall without a baseboard. All children were measured facing forward, barefoot, with loose hair and their back and heels touching the wall. The BMI was calculated and WHO anthropometric standards were used as reference6. The following cut-off points were used: BMI for age < 3rd percentile = underweight and BMI per age > 97th percentile = obesity.

Information on the child's eating habits and physical activity in the school environment was obtained using a standard questionnaire which included: eating breakfast (yes or no); number of meals per day (≤ 4 or > 4); ate lunch with other people (yes or no); school location (urban or rural); sex (female or male); age (7, 8, 9 or 10 years) and skin color. The last variable was obtained by two interviewers who were trained to classify skin colors as white, black, brown or yellow. When the two interviewers disagreed, a third internee would evaluate and the skin color was classified as 'white' or 'not white'.

To assess differences between proportions a X2 was performed with a statistical significance of 5%, using SPSS statistical software v18.0 for Windows (www.spss.com).

The research project was approved by the Research Ethics Committee from the Center for Health Sciences at the Federal University of Espírito Santo (no. 060/90).

Regarding eating habits, 81.6% ate lunch with a companion, 60.7% ate more than 4 meals a day and 90% ate breakfast every day. The prevalence of nutritional extremes according to socio-demographic variables is also provided (Table 1).

However a significant difference was found in the children's home location (urban or rural area) with 7.5% obesity found among the urban children, which was approximately twice that of obese rural dwellers. Among the school children who ate 4 or fewer meals a day the prevalence of underweight and obesity were 3.4% and 8.2%, respectively. However, the prevalence of those who ate more than 4 meals 3.5% and 2.9%, respectively.

The nutritional transition in Brazil, as in other developing countries, has presented a public health problem in the coexistence of malnutrition and overweight in the same social group, contributing to an increase in non-communicable diseases1. In this study the percentage of underweight was found to be relatively low both in urban and rural areas of the region studied. The phenomenon of reduction in the incidence underweight has been observed throughout Brazil in the past three decades. This change has been associated with an increase in purchasing power among the poorest of the population, and also the public investments that allow universal access to essential services such as education, health and sanitation7.

The prevalence of obesity found in the municipality of Santa Maria de Jetibá is lower than the 10.9% observed in a study of the rural municipality of Arapotí, Paraná state8 with 1647 school children. Triches and Giugliani9 performed a study in Rio Grande do Sul with school children aged 8-10 years and found a similar prevalence of obesity, in the rural region (3.9%), and 8% in the urban region. In the present study, children who lived and studied in the urban area had twice the chance of being classified as obese, compared with rural dwellers. Furthermore, obesity was associated with a low frequency of eating breakfast, which is in accordance with a sample of children and teenagers that showed those who eat breakfast to be less prone to overweight10. The authors also suggested that an inadequate or no breakfast can contribute to poor food choices during the day, thus promoting obesity10. Another plausible hypothesis is that not eating breakfast interferes with appetite control, leading to obesity11. Regarding the number of meals, the results of this study were similar to those found among German school children, in which obesity prevalence was more frequent among those who eat 4 or fewer meals each day12.

In the present study BMI was used as an indicator to diagnose nutritional status; however, the cut-off points used in studies with children vary and this hindered the comparison with prevalences reported in other studies.

Eating four or fewer meals a day was associated with obesity, possibly due to alterations in biological mechanisms, such as insulin and lipogenesis, as well as being a probable indicator of low diet quality12, although the possibility of biased information cannot be discounted.

We conclude that underweight, as an historical problem in Brazil, has been reduced, possibly due to improvements in health access and living conditions, even in rural areas. The other extreme, that is obesity, was associated with home location. This could be explained by lower socioeconomic conditions and greater physical activity in daily tasks in the rural area studied.

This PDF has been produced for your convenience. Always refer to the live site https://www.rrh.org.au/journal/article/2220 for the Version of Record.