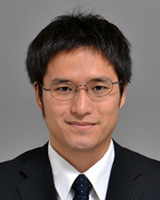 © Yuki Okada, Daisuke Okamoto, Shigeki Matsubara 2013 A licence to publish this material has been given to James Cook University, jcu.edu.au

Relatively inexperienced physicians working alone at remote facilities may encounter situations that require surgical techniques to save a patient's life. This was one reason for the Japanese government introducing a new residency system in 2004, requiring a surgery residency rotation for all medical university graduates. However, in 2009 this surgery residency became elective rather than mandatory. Here we report that a young doctor (the first author), who had completed a surgery residency rotation, performed immediate peritoneal drainage for colonic perforation, saving a patient's life.

The patient was a 68-year-old male construction worker who complained of sudden severe abdominal pain on Ogasawara Hahajima Island (population of 500 and 1000 km from the mainland; Fig1). The island health facility had only one doctor (the first author), a pediatrician with 5 years' medical experience who had undergone a surgery residency rotation. Computed tomography revealed sigmoid colon rupture, requiring immediate surgery or drainage. Helicopter evacuation was not possible due to a typhoon.

With the assistance of another non-clinician doctor staying on an adjacent island (the second author), an oblique 4 cm incision was made in the patient's left lower abdomen. In the absence of a laparotomy kit, the two doctors struggled for one hour to open the abdomen, which was found to contain fecal material. Deterioration in the patient's condition (systolic blood pressure 60 mmHg, pulse 120 bpm, SaO2 80%) suggested septic shock. However, Salem sump tube (Covidien, Dublin, Ireland) was the only tubing available and it was too soft and flexible to use for surgical drainage.

Two approaches were then considered and performed. First, a stylet (tracheal intubation guide wire) was inserted into the tubing to increase its stiffness. Second, tubing was placed in both the sub-diaphragmatic area and the recto-vesical space. The patient was placed in semi-Fowler's position and saline was poured in sub-diaphragmatically (cephalad) to wash the abdomen, and drained from the recto-vesical space (caudal) in order to prevent the spread of the fecal material throughout the abdomen. With tubes in place, continuous 'cephalad-to-caudal drainage' was performed.

Initially, abundant fecal material was expelled but the saline solution eventually became clear, indicating appropriate drainage. The operation time was 6 hours. Arterial blood gas analysis was pH 6.9 and base excess -20 mEq/l. The drainage was continued overnight and next morning the patient was transferred by helicopter to a medical center on the mainland where laparotomy and colostomy were performed, revealing large idiopathic sigmoid colon perforation. The abdomen was almost free of fecal material, indicating effective drainage.

Two lessons were learned from this case. First, laparotomy and drainage may be one of the most fundamental surgical skills for a physician who works in a remote location. Acidosis, the presence of massive intra-abdominal fecal material, and septicemia predict high mortality in colonic perforation1,2, and all were present in this patient. Thus, we believe that laparotomy and drainage saved the patient's life, and that the procedures employed were 'best choice' considering the circumstances. Second, a quickly devised strategy triumphed in this extremely serious patient situation. The first author focused on the fundamental tenet that 'fecal material should be at the pouch of Douglas'. Employing a stylet, which he learned to do during his anesthesiology rotation, and establishing continuous 'cephalad-to-caudal drainage' which worked effectively.

We previously reported that a quickly devised strategy saved the life of a patient with severe epidural hematoma on this island3. The addition of the present case demonstrates the importance of the fundamental techniques learned during a surgery residency rotation, and also that innovative strategies may be required to quickly cope with unexpected situations. We cannot conclude that surgery residency rotation should be mandatory; however, because relatively inexperienced doctors have the opportunity to work in a remote health facility, we believe that learning the fundamentals of surgery is essential.

The authors are grateful to Professor Naohiro Sata (Department of Surgery, Jichi Medical University) for critically reading this manuscript. They are also grateful to Clinical Research Support Team Jichi (CRST) and the staff of JMU Support Center for Clinical Investigation (J-SENSATION) for their advice.

This PDF has been produced for your convenience. Always refer to the live site https://www.rrh.org.au/journal/article/2638 for the Version of Record.