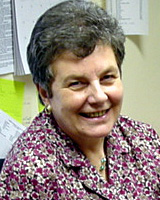 © Dorothy Logie 2004 A licence to publish this material has been given to ARHEN, arhen.org.au

Developing countries need to balance resources for treatment and prevention. In Southern Africa, only 100 000 out of 4.1 million people who need HIV/AIDS anti-retroviral therapy (ART) are able to access it. The drop in the price of ART has led to opportunities to increase the numbers receiving treatment, but problems remain. Increasing health service focus on HIV might poach staff and resource from other important programs like TB, malaria or child health. It depends on good organisation and laboratory support. It may medicalise the epidemic and distract attention from the need for education and prevention. There is now good evidence that preventive strategies, including STD treatment, improved practices of blood transfusion and needle use, use of drugs to prevent mother child transmission, voluntary counselling and testing, increased condom availability and behaviour change are very effective in reducing spread. It is obvious that both treatment and prevention strategies are necessary. International aid is still inadequate. The European Union spends $50 billion on agricultural subsidies, but donates only $140 million for HIV in Africa. As funding increases, it is vital that it is well used and reaches the people who need it most. This is a major challenge for African countries. This article was first presented in the HIV/AIDS Workshop at the 2003 World WONCA Rural Health Congress in Santiago de Compostela, Spain, and is presented here as part of the series.

'Inequalities scar the world's health landscapes', says Lee Jong-wook1, the new Director of the World Health Organisation (WHO). Although African health services are in a state of collapse and urgent action is needed on the appalling AIDS pandemic, the continent has to watch while rich nations spend huge sums on diseases of affluence (and on a much smaller HIV/AIDS epidemic). The average annual Sub-Saharan health spend remains at a miserable $5-10 per head of population.

In 2003, the World Health Organisation declared the HIV/AIDS pandemic 'a global disaster'. In just two decades, the epidemic has killed 23 million people and 40 million are currently infected, 29 million of these in Africa alone2. Although we know much more about the epidemic than we did in the 1990s, our efforts and resources are still insufficient to stem the tide of infection and death.

It is estimated that only 100 000 HIV infected people, out of the 4.1 million who need it, have access to anti-retroviral therapy (ART) in southern Africa2. Most of these people live in the cities and can afford to pay for the drugs. Many believe strongly that universal access to anti-retroviral drugs is the only answer to stopping the epidemic. That is why the World Health Organisation has launched its revolutionary campaign to ensure that 3 million people in the poorest countries will be on ART by 2005 (the '3 by 5' slogan)3.

The price of ART has greatly reduced to approximately US$300 per year for a triple combination of drugs, but this is still out of the reach of many. There is no doubt that these drugs prolong lives, as has been shown in Europe, America and Brazil where a national program has allowed everyone with HIV to access free treatment. And although some express doubts about the capacity of African health services to cope with the scaling up of ARV treatment, a heated moral debate ranges round the argument: 'Why shouldn't Africans have the same treatment options as developed world?'

There are, however, concerns. I have heard many doctors in Africa warning caution about the mass distribution of ART. The reasons are 4-fold. First, where basic health services are disorganised and fragmented, there are dangers of over-emphasising one disease, important as it is, to the neglect of others. The problem is not the ART itself but the fact that African health services are so financially undermined by years of enforced public sector cuts. A huge emphasis (and funding) for one disease might poach staff and resources from other essential programs, like TB, malaria or childhood illnesses. That is why WHO emphasises simultaneous strengthening of health systems and supplying ART.

Second, the ART doesn't cure, it has to be taken for life and, if not carefully administered, resistance can occur. Third, if stigma and discrimination is rampant, as in many African countries, people don't come forward for testing. This is well illustrated by the stories in Part 2 of this series, from Nigeria. Fourth, and perhaps most contentiously, there is concern that the focus on drug treatment will distract from prevention.

What is meant by prevention?

There was outcry at the Barcelona Global AIDS conference in 2002 when some researchers, based in developed countries, quoted papers by Marseille4 and Creese5 that prevention measures were 28 times more cost-effective than delivering ART. The assumption was that the drugs should not therefore be available in cash-strapped Africa (although the authors didn't actually say that; they suggested that ART should be used initially in demonstration projects before scaling-up).

Many responded to this package by saying, 'Prevention efforts would be even better if ART were also on offer because people would be more motivated to do something positive'. They argue that more people will come forward for VCT and that, in turn, will impact on safer life-styles. This may be so, although the evidence is weak and does not take into account the huge stigma, fear and poverty-related issues, which are driving the epidemic.

What is driving this epidemic?

Before we examine the arguments for both treatment and prevention, we need to assess the factors which are driving the pandemic in Africa. In the slums of Nairobi, I have heard religious sisters who have worked there for years say that the fear of AIDS does not register in people's minds, as opposed to concerns about the daily grind of poverty, malnutrition, personal security. AIDS is some 'far-off' concern. There can be little argument that before people need drugs they need food and clean water. They also need diagnosis and treatment for basic infections (in other words, affordable health services). Women need assurance of sexual and other human rights. Severe poverty must be addressed. 'But this would take too long' is the counter-argument 'lets have the drugs now and address these issues later'.

Some argue caution at 'over promoting' ART

Given the seriousness of the epidemic there is no alternative but to demand a bold and ambitious response. However, it is important that the views of those who work in the field are heard. Some of their concerns about large-scale, ill-prepared use of ART are:

Many countries are struggling with these questions at the moment, and feel that they have to be answered before wide-scale use of ART comes about. Unfortunately the agenda now seems to be driven by political motives: in Uganda recently I heard that every politician wants an ART programme on his or her patch, regardless of the health service preparedness necessary for safe use.

One of the problems over the last decade has been that aid for health in developing countries has been grossly insufficient. In 2000 the EU contribution towards HIV prevention and treatment was only $140 million (or 3% of what was needed). This has been scaled up by the G8 to $1.3 billion over the next 5-years but the UN, under the auspices of the Global Fund for AIDS, TB and malaria, is asking for at least $10 billion annually7. If we remember that the EU currently spends $50 billion on agriculture subsidies, $10 billion is not a lot and could be delivered tomorrow, given the political will. But the Global Fund is running out of money as rich countries fail to honour their pledges7. Although more money is now becoming available through the 'Bush Fund', and other international agencies, it is important that it is well-used and reaches the people who need it. As WHO says, the strengthening of health systems must go hand in glove with ART distribution. If ART therapy and prevention was put in place in the most cost-effective and evidence-based way, the arguments over which is the most effective strategy might melt away.

There are no simple answers to many of these issues. There exists however an ethical imperative based on the principles of simple justice for the rich countries to help mount an effective response to the global HIV pandemic. This should include helping to scale-up treatment in resource-poor settings, improving prevention, delivering essential medical care, and caring for the ill and the dying. ART should be available wherever it can be used safely.

Finally, one should not lose sight of the wider drivers of this appalling epidemic. Factors which are important both to halting the epidemic and to ensuring better health services for Africa include:

Internationally, we too have a role to play as doctors to improve justice in the arena of trade and debt cancellation, which causes severe resource constraints in African economies8. As discussed by John Gillies in the final part of the series, plans to expand access to ART must be balanced by a commitment to improved global equity in health care, to resuscitate collapsing health systems in Africa, and to question the macro-economic factors which contribute to a very unfair world.

This PDF has been produced for your convenience. Always refer to the live site https://www.rrh.org.au/journal/article/283 for the Version of Record.