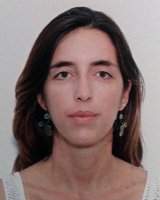 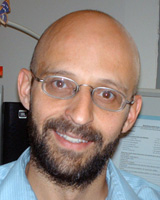 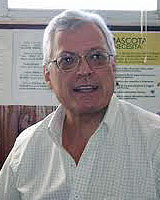 © Ana Molineri, Marcelo L Signorini, Héctor Tarabla 2015 A licence to publish this material has been given to James Cook University, jcu.edu.au

A 1-year prospective study was carried out to look for risk factors of farm-related injuries in Egusquiza, Santa Fe (Argentina). Information on demographic characteristics and occupational accidents was collected on (N=110, n=78) farm workers by means of personal interviews using a structured questionnaire. Monthly telephone contact was then maintained with the workers for 1 year to document all farm-related injuries. Data analysis included incidence rate, χ2 and logistic regression. Sixty-nine farm-related injuries were reported during the study period, six injuries being the maximum number affecting one worker. A total of 46.3% of the workers suffered at least one injury during the year. The incidence rate was 7.5 injuries/100 individual-month at risk. Medical assistance was needed in 26.8% of the cases and 5.8% of the injuries caused at least 1 day off work. Hospitalization for at least 1 day was required for 2.9% of the injured workers. Previous work-related injury in the family (p=0.005) (odds ratio (OR)=4.6, 95% confidence interval (CI)=1.6-13.3) and worker's activity (p=0.021) (OR=3.7, 95%CI=1.2-11.6) were associated with the dependent variable work injury. Agricultural and livestock farming are of great importance for the national economy. Workers' training on farm safety may play a key role to prevent work-related injuries and diseases.

Agriculture is one of the most hazardous occupations in the world1-5. In Argentina, agriculture has one of the highest injury rates of all industries, with an incidence rate of 96.3 farm-related injuries per one thousand injuries recorded in 20126. Farm workers are continually exposed to physical, chemical and biological hazards1,7,8.

The objective of this work was to estimate the frequency of farm-related injuries among farm workers and to identify possible risk factors.

An observational cohort study was conducted from May 2012 to April 2013 in the rural area of Egusquiza, Santa Fe Province, Argentina (31°5′42″ S, 61°37′37″ W). The unit of interest was the farm worker. In the town of Egusquiza, 110 out of approximately 500 inhabitants work in farming. Before the first interview, the purpose and importance of the study was explained to each respondent, emphasizing that the responses had to be anonymous because the researcher interest was not on the experience of any particular farm worker, but on the frequency of events at the population level. All interviews were performed by the senior author based on a structured questionnaire. Each worker was visited at least three times. Ninety four people decided to voluntarily participate in the study at the first interview.

Age and work experience were transformed into dichotomous variables to evaluate them as a potential risk factors for farm-related injuries. Using their medians as cut-off points, age was divided into >39 and ≤39 years and work experience into >22 and ≤22 years.

To quantify risk factors associated with farm-related injury, the analysis was performed in three stages. At the first stage, all demographic variables (independent variables) were compared to the dependent variable (farm-related injury 'yes' or 'no' during the year under study) using χ2 analysis. The second stage consisted of a backward logistic regression model. The estimation method was the maximum likelihood with a convergence criterion of 0.01 to a maximum of 10 iterations. Only the variables associated with the dependent variable after the χ2 test (p<0.20) were included in the model12. Finally, all independent variables were compared among each other using χ2 analysis to facilitate the interpretation of possible confounding variables and interaction. All statistical analysis was performed using InfoStat v2008 (http://www.infostat.com.ar).

This study was approved by the safety and ethics committee of the Facultad de Ciencias Veterinarias, Universidad Nacional del Litoral, protocol no. 160/2013, file 15817.

Most of the farms (64.1%) were dedicated to agriculture and livestock production (mixed farms), 34.6% were milk farms and 1.3% were beef farms. Nearly half of workers interviewed (47.4%) worked with animals, 38.5% were owners and 14.1% were tractor or machine operators.

Nearly half (46.3%) of respondents' households were in the town, whereas the remaining 53.7% were on the farm.

Medical assistance was needed by 26.8% of the injured workers and 5.8% of accidents caused at least 1 day off work (17.7 days on average, maximum=60 days). Only one accident required hospitalization (3 days).

Another 11 cases of injury (of various kinds) needed medical assistance but only two of them caused days off work (4 and 5 days off work, respectively). These were a foreign body in the eye and an arm tear caused by physical effort, respectively. All the other injuries were not severe enough to cause any kind of limitation to the worker.

The term 'physical effort' refers to the high physical strain associated with farm tasks. This could be due to heavy lifting or to forceful movements. Five cases were reported, two requiring medical assistance (one caused dorsal muscles contracture and the other an arm tear).

Farmers and farm workers face increased risks of skin cancer from exposure to solar ultraviolet radiation when working outdoors. Only one worker had suffered from excessive exposure to the sun, requiring neither medical assistance nor days off work.

The most common lesions were contusions and sharp injuries (43.5% and 24.6%, respectively), located mainly on hands (31.9%). All injuries involving machinery operation were caused by being 'trapped by a mower'.

The present study is one of the first cohort studies made in Argentina attempting to analyze risk factors for farm-related injuries. A limiting factor of the study was the dropout caused by workers changing jobs or moving to some other town. Nevertheless, 70.9% of the farm workers of the district completed at least 60% of the monthly telephone interviews.

In Argentina the Superintendencia de Riesgos del Trabajo (SRT) manages all workers' information about insurance and work-related injuries. The first limitation of this information is that many work injuries are not reported because the worker does not have work insurance. This occurs, for example, when the work is not declared or when the worker does not go to the doctor because it is a minor injury. In this study, most of the employees had work insurance so probably they did not require medical assistance because they thought lesions were not severe enough13,14, or because they did not have the means to go to the hospital. Indeed, in the interviews most workers said that the injuries were not severe enough to go to the doctor. They thought that, unless you cannot work at all, you do not need medical assistance. Finding a replacement to do their chores at the farm is also difficult1. This was something that interviewees emphasized often (mostly farm owners): they did not have anyone who could replace them at work, so they could not stop doing their chores at the farm. It is common practice for farm workers to not go to the doctorŽs office until pain does not let them work13,14. In the present study, medical assistance was requested by only 23.5% of the injured farm workers. A similar proportion was found in Brazil, where one-third of the injured farm workers used health services1.

A typical problem of observational studies, especially in cross-sectional ones, is memory bias. Previous studies made in the province of Santa Fe have shown that 54% of farm workers and 97% of veterinarians had at least one farm-related injury in the last year9,15. These studies were both cross-sectional and it is possible that the farm worker did not remember injuries suffered during the year very well. For that reason it was decided to conduct a cohort study. In the present study, monthly telephone interviews gave the farm worker the opportunity to remember what had happened the previous month.

Days off work were almost 10 times lower than those detected in other studies9. This could be due to the problem of finding replacements1 or because most injuries were minor injuries. Both explanations were confirmed by the interviewed workers.

Most frequent farm-related injuries were similar to those reported by the SRT6. Being bumped or cut by an object and worker's falls yielded higher incidence rates than other farm-related injuries. Hands were the most affected body part. Similar results have been reported in other countries1,13,16-18 and are related to everyday farm chores such as milking, repairing a fence, driving and repairing machinery, and using hand tools1,16.

From the present study's results it would appear that men, owners, workers who lived in the city and had family history of farm-related injury get injured more than the rest of the population interviewed. Different studies have found similar associations between gender and farm-related injuries2,16,17,19,20. However, Stallones and Beseler21 reported that gender influence may disappear when the number of working hours for men and women is taken into account. Probably the association found in the present study was caused by higher exposure of men to farm work because they dedicated more hours to the farm than women did. This also may explain why owners suffered more injuries than other farm workers. They work many hours and do many different chores at the farm, exposing themselves to several hazards (machinery, tractors, animals, hand tools, etc.).

The association found between family history and farm-related injury could be related to how the family approach each chore or to the fact that even when a family member is injured, nothing is done to prevent further accidents22. Another explanation could be that there is an association between sibling's injuries. It seems that family stress caused by an injury keeps the family at risk of having another one later23. The authors did not go deeply in this aspect but the findings were very interesting and they will be considered in future research.

The scientific information about incidence rate is very poor in the literature. This could be due to the cost of making cohort studies, and the need to follow each individual for a long period of time. Nevertheless the annual incidence rate (AIR) found is in the range reported by McCurday and Carrol24 in their review (0.5-16.6 injuries/100 workers) as well as within the values found by other authors25,26. In present study's data there was no explanation for the low incidence rate in Figure 2 for the month of March; this needs further consideration.

Agricultural and livestock farming are of great importance for Argentina's economy. The incidence of injuries is high, especially in farm owners and people with a family history of injury. These findings can be useful as a starting point to train rural workers to diminish the incidence of farm related injuries in Argentina.

14. Guivant J. Pesticide use, risk perception and hybrid knowledge: a case-study from southern Brazil. International Journal of Food and Agriculture 2003; 11(1): 41-51.

This PDF has been produced for your convenience. Always refer to the live site https://www.rrh.org.au/journal/article/2996 for the Version of Record.