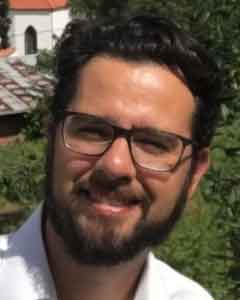 © Leonardo V Targa, Ian Couper, Paul Worley 2014 A licence to publish this material has been given to James Cook University, jcu.edu.au

There is now a broad evidence-base that demonstrates the health of rural populations is different from populations in urban areas1-4. These differences may be due to various environmental, geographic, economic and cultural factors that have been termed recently the 'rural determinants of health', but are also likely to be due to peculiarities of the healthcare system5. In relation to the latter, difficulties of access to services, lack of continuity of care, challenges to comprehensiveness of care and problems in coordination in the health system are among the organizational determinants of rural health outcomes6,7.

It is estimated that just under half of the global population lives in a rural area, but fewer than 25% of doctors and only 38% of nurses work in these areas8. In Latin America, all countries have geographical areas of health professional deficit, which contribute negatively to health and social indicators. In Brazil, for example, while there is one doctor for approximately 430 inhabitants in the more developed and urbanized capitals of the states of the Southeast, in rural areas in the North of the country, the ratio is 1: 89449. In Argentina, Buenos Aires has ten times more doctors than Tierra del Fuego; Paraguay has five times more nurses in Asunción than in the rest of the country; and in Uruguay, 80% of doctors are in the capital where only 45% of the population lives10. In particular, El Salvador, Haiti, Honduras, Nicaragua and Peru are cited as being in a crisis situation with respect to this maldistribution of the health workforce11.

Working to reverse this deficit picture, and following the release of the global policy recommendations by the World Health Organization, there is a growing movement in the Latin American region to increase access to health workers in rural and remote areas8,12. This movement has its origins in the historic Alma-Ata Conference13 and has led to a renewed focus on the organization of health systems, and in particular on universal access, equity, comprehensiveness and social participation14. Supporting this have been proposals regarding the need for greater focus on human resources15, better distribution of these resources8,16 and scaling-up and transforming the education of health workers17 towards achieving these goals. The Ibero-American Confederation of Family and Community Medicine (CIMF), in partnership with various rural health-related associations, has an important role to play in this movement, bringing people, governments and other organizations together, discussing and divulgating information about the shortage of health professionals in rural areas, the importance of primary care18 and adequately preparing health professionals for the real health needs of the population.

In addition to these efforts, there is now an important international ally in the form of the Latin American section of the journal Rural and Remote Health. Rural and Remote Health has become one of the most important global scientific vehicles for issues of rural health research, policy, practice and education. The Latin American section was formally launched at the 12th World Congress of Rural Health that took place in April this year in Gramado, Brazil, and is ready to receive submissions. Through this new section, it is expected that the production and exchange of knowledge relevant to the health of rural populations in Latin America will be stimulated and better disseminated.

The Latin American section thus welcomes submission of original research as well as review articles, clinical case reports, letters to the editor, conference reports (for other possible formats, go to at http://www.rrh.org.au/background/InformationForAuthors.asp), which have both relevance for rural health in the Latin American region and are of international significance.

Our aim is that the section will also contribute to international knowledge development in the field, and to the standard achieved by the journal since it was first published in 2001. Read the section, submit your articles, encourage your colleagues to write, and help publicize this new ally in the region!

16. World Health Organization. Migration of health workers: The WHO Code of Practice and the Global Economic Crisis. Geneva: WHO, 2014. Available: http://www.who.int/hrh/migration/14075_MigrationofHealth_Workers.pdf?ua=1 (Accessed 20 November 2014).

This PDF has been produced for your convenience. Always refer to the live site https://www.rrh.org.au/journal/article/3376 for the Version of Record.