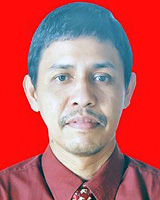 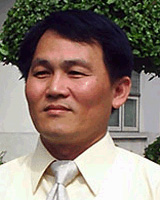 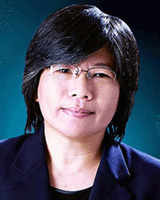 The earthquake-tsunami on 26 December 2004 was one of the most severe natural disasters to hit Indonesia1. It was reported that 126 741 persons were killed, 93 285 went missing, 500 000 lost their abodes, and 750 000 were suddenly unemployed2. The emergency health sector was also reduced to chaos3,4, with 517 health facilities destroyed5. Local health personnel played a minimal role in the response to the disaster, with about 245 health workers confirmed dead and 413 missing. The World Bank estimated the overall loss to the health sector at about $91.9 million, with $131.14 million being required for health facility reconstruction6,7. However, the full impact of the earthquake-tsunami was unknown8.

Apart from damage, ecological disruption, loss of human life, and worsened health status, people were exposed to high levels of immediate and long-term stress, for years9-12. WHO reported that up to 50.0% of the tsunami-affected people in Aceh experienced significant psychological distress and 5-10% developed diagnosable stress-related psychiatric disorders9,13.

After the tsunami, the Indonesian government, working with national and international organizations, launched a national disaster preparedness policy, including the management of mental health and psychosocial problems in tsunami-affected Aceh communities. The Community Mental Health Nurse Program (CMHNP), started in 2006, aimed to (1) provide psychosocial and mental health services for communities impacted by disasters and conflicts, (2) increase community participation in community mental healthcare dealing with disasters and conflicts, and (3) encourage community members to prepare for potential disasters and promote good mental health among communities in disaster-affected areas14-20. Medical doctors, nursing staff and community health workers with mental health training provide mobile outreach services in rural areas, which include treatment, education, and support, targeted at patients, their families and community members21.

This community-based descriptive household survey study was conducted in Aceh, in September and October 2014. The study population comprised community members representing three selected districts strongly affected by the tsunami: Aceh Besar on the west coast, Banda Aceh on the north coast, and Pidie on the east coast (Fig1). The inclusion criteria were (1) community member aged 18-70 years, living in the study area, who had experienced the earthquake-tsunami disaster, (2) voluntary participation in the study, (3) ability to communicate in Bahasa Indonesia. Community members who were deaf, sick at the time of data collection, and migrants from outside Aceh or who resided in the community after the rehabilitation and reconstruction of Aceh, were excluded.

In this study, the unit of analysis was the individual household. Sample size was calculated using the single proportion formula24, with 95% confidence interval. The sample size was based on 50.0% of population having good levels of disaster preparedness, since there was no published literature regarding the proportion of disaster preparedness among community members in these earthquake-tsunami areas. Precision was set at 5.0%, and sample size calculated as 384. The sample size was multiplied by the maximum design effect for clustering of two to give a sample of 768. To allow for an 8% non-response rate, the final sample size was 830. There were 220 villages in 17 subdistricts in three tsunami-affected areas. Of these, 40 villages were randomly selected using two-stage probability proportional to size sampling. For each village, systematic random sampling was used to select 20-21 representative household community members for interview by starting from the centre of the village and moving left to select every other household. One representative was selected for one household. The total study sample was 827, yielding a response rate of 99.6% (827/830).

Part II comprised 23 dichotomous items with 'true/yes', or 'false/no' format, to assess the community members' disaster knowledge. A score of 1 was given for a correct answer and a score of 0 for an incorrect answer. A score of up to 60% of the total score was 'poor', 61-80% 'moderate', and more than 80% 'good'. Cronbach's alpha was 0.748 for knowledge of disasters.

The study questionnaire was back-translated (Bahasa Indonesia-English-Bahasa Indonesia); the final version was pre-tested with 30 samples and revised before data collection in the main study.

Study data were edited, coded, and entered into the Statistical Package for the Social Sciences for Windows v18 (SPSS; http://www.spss.com). The general characteristics and other study variables were described by number, percentage, mean, and standard deviation. Factor analysis was used to analyze explanatory factors for the disaster-preparedness questionnaire.

Prevalence of knowledge of disasters, and good disaster preparedness

Although the community members in the study areas had direct experiences of a tsunami, the proportions of people with good knowledge of disaster (57.6%), and good disaster preparedness (26.0%) were much lower than the Aceh government target indicators, which were set at 70%. Only half of the community members had good levels of knowledge, in particular poor knowledge of disaster preparedness in relation to the storage of items. There may be too many items to remember.

This study included only community members in the tsunami-affected areas, unlike a previous study, which included samples from both tsunami-affected and non-affected areas in coastal Aceh26. That study found that people with direct experience of the tsunami had higher mean scores for knowledge, individual emergency planning and resource mobilization than those with indirect experience26. Another study from Thailand27 reported that people who experienced loss from the 2004 tsunami were more likely to participate in community activities and respond to earthquake hazards. The actual experience of loss can increase levels of disaster preparedness among these people. The finding in Aceh is inconsistent with the study in Thailand. One possible explanation is that Thailand has a clearer policy for disaster preparedness, drills and training. In the tsunami-prone areas, there are clear signposts, assembly points, forecasting, early-warning systems, and awareness of potential disaster risks and knowledge of disaster preparedness is actively promoted. People were encouraged by the village headman and staff to participate in disaster drills twice a year. In addition, the villagers are more likely to participate in community activities since disaster risk reduction is not just an individual effort. It can be fostered by social networking27.

The study found that the community-education intervention was ineffective. The educational intervention by the community mental health nurse, focusing on disaster preparedness and mental health status, seemed to be a common occurrence for the community members; this was the first evaluation of this national program. Since 2009, the CMHNP had not been re-orientated, and did not reflect the mental health promotion activities of the CMHNP, with no integration into routine public health service delivery to ensure the sustainability of the program28. Therefore, it is necessary to understand the culturally specific coping mechanisms of the Acehnese. They were quite familiar with the tsunami event. Many community members believed that the tsunami disaster was 'a punishment from God' due to the long-lasting civil war and their bad behavior. Therefore, they may have paid less attention to the community mental health nurses. The communities' strong religious faith had helped them to mitigate their pain, and accept and overcome negative events throughout their lives29. Like Buddhists in Thailand, they interpreted the tsunami disaster according to the 'law of karma', or cause and effect. They believed that life is to a certain extent predetermined and the result of one's own intent and actions30.

At present, few studies have reported on public health disaster preparedness in Banda Aceh. Well-prepared communities are more likely to participate in disaster recovery efforts, to deliver services more effectively, and to shorten the necessary disaster response28. A well-prepared health system can reduce disaster risk, but a response capacity is needed, especially an information system. The CMHNP might not be the best way to help communities prepare for a disaster, because of the large populations involved. Community participation and networking are also required.

The results of this study relied on self-reports, so there may be some reporting bias regarding disaster preparedness among community members. There were no baseline data regarding the evaluation of knowledge of disaster and disaster preparedness status in the study areas. Also, Aceh has up to eight local languages; there might be differential interpretations of questions and responses among community members.

This study provides baseline data for some outcome indicators of the CMHNP, but does enable assessment of the program's effectiveness. Disaster preparedness and knowledge of disaster education should be promoted and supported in remote rural Acehnese communities. Working at the community level can reduce the negative impact of disasters, such as injuries and loss of life, property damage and social disruption; however, the best way to manage the negative impact remains unresolved. Community participation may be needed, together with the establishment of networks to strengthen community capacity in the affected areas; this may be a more effective focus for the CMHNP. Qualitative research is recommended to elicit more detail about the quality of disaster preparedness and the disaster knowledge of community members.

The authors acknowledge the Governor of Aceh State, Republic of Indonesia, and the Human Resource Development Board of Aceh, who provided financial support during this study. They also gratefully acknowledge Universitas Muhammadiyah Aceh, Universitas Syiah Kuala Darussalam Banda Aceh, in particular Nazli Ismail, PhD for his commitment to leading the research team during the workshop and data collection. They are extremely grateful to Aceh Health Office, District Health Office, and the research participants, who in an intensely personal and collective disaster gave freely of their time and information. This study was partially supported by the China Medical Board, Faculty of Public Health, Mahidol University.

This PDF has been produced for your convenience. Always refer to the live site https://www.rrh.org.au/journal/article/3788 for the Version of Record.