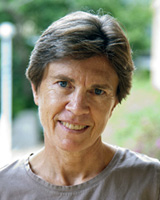 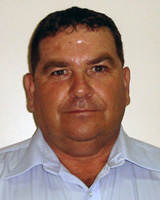 © Diann S Eley, Keith Hunter 2006 A licence to publish this material has been given to ARHEN, arhen.org.au

Context: In response to recent developments within the mental health services of south-east Queensland, the Toowoomba District Mental Health Service (TDMHS) has developed a Model of Service Delivery, which outlines the range of services provided for consumers across their lifespan. Indigenous consumers of the TDMHS come from a wide area of communities in the surrounding shires (Rural, remote and metropolitan areas (RRMA) 4-7). It was recognised by the service that Indigenous mental health consumers have unique needs and, because of these needs, this area of service delivery required greater attention and further development. In December 2004, a symposium was organised by the service to bring together a range of speakers and delegates working in the area of Indigenous mental health to discuss issues and work towards developing strategies to enable the service to better meet the needs of Indigenous consumers in this region of south-east Queensland.
Issues: The symposium program consisted of keynote speakers and invited papers and culminated with an afternoon workshop that collated the symposium's main issues and themes around building service capacity for Indigenous mental health consumers. The objective of the workshop was 'Identifying ways to meet Indigenous mental health needs'. This workshop gave the delegates a chance to reflect, discuss and brainstorm the major issues of concern relating to this question. A group facilitator guided the discussion and organised the delegates into groups to evaluate, debate and propose recommendations for each of the major issues that emerged.
Lessons learned: The feedback and discussion arising from the workshop is presented. Sixteen major themes emerged from the workshop. Seven of these were voted by the participants as being dominant and in greatest need of discussion: (1) communication; (2) cultural respect; (3) culturally appropriate clinical tools; (4) supportive management; (5) patient compliance; (6) career structure; and (7) empowerment. These seven themes are discussed and recommendations arising from the workshop are noted.

In line with these developments, the Toowoomba District Mental Health Service (TDMHS) in South East Queensland has developed a 'Model of Service Delivery'4 which outlines the range of services provided for all consumers across their lifespan. Indigenous consumers of the TDMHS come from a wide area of communities in the surrounding shires such as Charleville, Chinchilla, Dalby, Goondiwindi, Kingaroy, Roma, Stanthorpe, St George and Warwick (rural, remote and metropolitan areas (RRMA) 4-7). The TDMHS recognised that these Indigenous consumers have unique needs and that this area of service delivery required greater attention and further development. A symposium was organised by the service to bring together a range of speakers and participants to discuss issues and work towards developing strategies to enable the service to better meet the needs of Indigenous consumers in this rural region of south-east Queensland.

The Toowoomba District Mental Health Service Indigenous Mental Health Symposium was held on the 2nd and 3rd December 2004. The participants came from across Queensland and other Australian states to discuss the challenges of improving the delivery of culturally safe mental health services to Indigenous people accessing the service.

The theme of the symposium was 'Service Capacity Building'. Speakers and a workshop focussed on a wide range of topics with the aim of sharing knowledge and strategies for improving the mental health service delivery to Indigenous consumers. Presented in this report is an overview of the proceedings from this workshop.

An important aspect of this symposium was the mix of delegates who contributed. Ninety delegates attended, 40 of whom were Indigenous. The symposium was well attended by delegates from Central Australia, Cape York, Sydney and throughout Queensland, some of whom were experts in this area and invited speakers. A range of non-government and government agencies were represented by delegates who came from a range of disciplines such as psychiatry, psychology, social work, Aboriginal health/mental health, nursing and other mental health support fields. Table one shows the breakdown of professions represented by symposium participants. This mix of participants resulted in discussions that encompassed many disciplines and emphasised the multidisciplinary nature of the conference theme: service capacity building.

The symposium program consisted of key note speakers and invited papers, and culminated with an afternoon workshop that collated the symposium's main issues and themes. This gave the delegates a chance to reflect, discuss, debate and brainstorm their major issues of concern. A group facilitator guided the discussion and organised the delegates into groups to evaluate, discuss and propose action to be taken on each of the major issues raised at the symposium.

The objective of the workshop was, 'Identifying ways to meet Indigenous mental health needs'. The workshop consisted of four stages:

The feedback and recommendations arising from these small group discussions will be discussed briefly.

Table 2: Responses to, 'How can we meet the mental health needs of Indigenous people'?

The theme of cultural respect is closely related to communication. It relates to greater awareness of culture, leading to greater understanding, leading to greater cultural respect on the part of non-Indigenous mental health workers and clinicians toward Indigenous consumers5-8. Mandatory cultural awareness programs have been implemented across Queensland Health staff but more needs to be done to achieve the understanding to effectively communicate with Indigenous mental health patients. Recommendations included:

The issue 'culturally appropriate clinical tools' is also associated with communication such that it would stem from understanding and effective communication between health workers, clinicians and consultants and Indigenous consumers. This was seen as a 'Catch 22' scenario. In other words, in order to produce culturally appropriate tools, effective communication is vital5,6. However it is recognised that, fundamentally, communication is poor, so until that improves, producing tools to deal with Indigenous mental health consumers' needs will remain problematic. Recommendations included:

It was noted that both Indigenous and non-Indigenous mental health staff need more support from management. Management meant higher level supervisory staff who support mental health staff. Issues such as flexibility of rostering and more support for attending community programs and up-skilling opportunities were cited. The delegates agreed that this was related to career structure and discussion involved strategies to encourage team building as well as greater recognition of achievement and competencies9. Recommendations included:

Indigenous mental health workers need to have greater input into patient care. Inappropriate guidelines and outdated polices were partly responsible for the difficulties encountered by mental health workers with certain types of patients and in some regions. Likewise, there should be a movement toward a greater level of patient involvement in their own care. Again the group discussed the implementation of more education opportunities for the Indigenous workforce which relates directly to previous themes and corroborates this need. Better education of mental health workers would be conducive to greater ownership of the service by the Indigenous workforce9. Furthermore, it was recognised that greater empowerment on an individual level would also lead to better linkage between the services provided by these individuals and the community. Recommendations echoed those put forward for previous themes of career structure and supportive management discussed above but also included:

Further elaboration on the major themes and how they might be researched would have been a worthwhile exercise and outcome of the symposium. Unfortunately the time constraints of the workshop, which was held in one afternoon, would not allow this. A further limitation of these findings was the absence of consumers or mental health patients at the workshop. While this forum was intended to focus on the perspectives of those working in the system, clearly consumer perspectives also need to be considered in any policy changes arising from these conference recommendations.

The consensus of the participants was that the issues discussed were important and that research is needed in several areas to address these. The findings of this Indigenous Mental Health Symposium support the organisation of another symposium in 2006. Participants suggested a number of topics to be included in the 2006 symposium, and these, plus an update on related progress and action in the interim, will be considered.

Statements on the recommendations of this symposium are proposed for inclusion into two major documents within the TDMHS. These are the recommendations arising from the 'Indigenous Mental Health Needs Analysis'7 and the Queensland Indigenous mental health policy statement at the proposed TDMHS Aboriginal and Torres Strait Islander Mental Health one day planning forum in May 2005. These important documents provide the TDMHS with information to assist with development of a strategic framework to further improve its delivery of mental health service to Indigenous people accessing the service. The outcomes and further recommendations of this forum will be reported in a future publication.

Financial sponsorship was provided by the Toowoomba Hospital Mental Health Unit and Eli Lilly (Australia), and Astra Zeneca assisted by assisting in the costs of setting up and running the symposium.

This PDF has been produced for your convenience. Always refer to the live site https://www.rrh.org.au/journal/article/448 for the Version of Record.