The most rural conference?

© Ian Couper 2005 A licence to publish this material has been given to ARHEN, arhen.org.au

The annual meeting of the Rural Doctors Association of Southern Africa (RuDASA) took place this year from 7th to 8th August 2005 in what was arguably the most rural location ever utilised for such a conference (Fig 1). This year's meeting was a post-conference workshop following the National Family Practitioners Conference held At Walter Sisulu University in Mthatha, Eastern Cape. For this reason, it was decided not to have a full conference but to have a strategic planning workshop for RuDASA members to chart the way forward, as the organisation has been in existence in one form or another for close on 10 years. Thus, when Dr Will Mapham of Madwaleni Hospital, a remote rural hospital in the Eastern Cape, proposed to organise the meeting at Bulungula Backpackers on the Wild Coast of the former Transkei, Eastern Cape, the committee agreed. Motivated by the enthusiasm and commitment of Dr Mapham, the committee perhaps did not realise the full implications of its decision! There is no doubt that they were easily persuaded by talk of unspoilt, deserted beaches, broken only by the Bulungula river mouth, where the Backpackers is located. 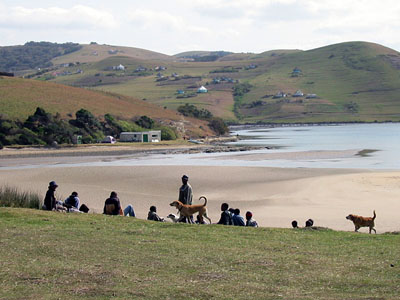 The workshop exceeded expectations in many different ways. Not only was the attendance much higher than expected, but also the frame of mind of the participants made for a very positive strategic planning process (Fig 2). There were many logistical problems, but these proved to be no barrier for intrepid rural doctors. 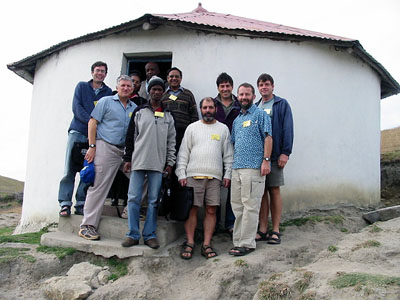 Getting there was the first issue. The nearest airport at Mthatha, which is more than three hours away, has two flights a day in and out from Johannesburg only. For those who chose to drive all the way did up to 12 hours of driving depending, on wherever they were coming from. Furthermore, the last hour of the journey was accessable by four wheel drive vehicle only (Fig 3). For those not having access to such, arrangements were made to leave their cars at a local trading store and be ferried from there by a vehicle from the backpackers resort. Some rural doctors chose to fly down by small plane, although the tides were not favourable and prevented them from landing on the beach as hoped, so they also had to drive the last part. 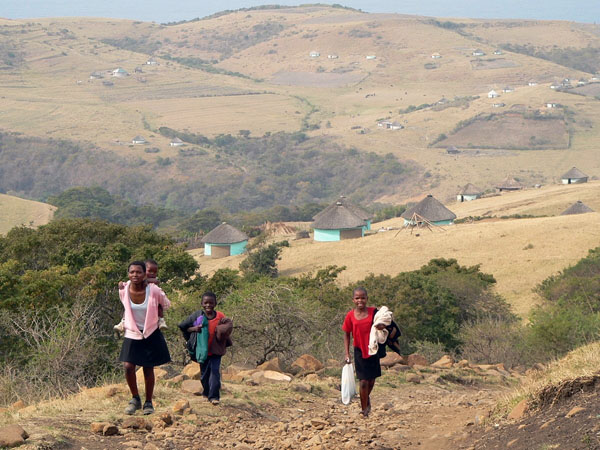 Figure 3: The road to Bulungula.

Accommodation was another issue. About 20 people could fit in the traditional-style rondavels which serve as the Backpackers normal accommodation (Fig 4). Additional people needed to be accommodated in tents. Much to our surprise more than 80 people registered for the conference, so there were many tents as well as people being accommodated in a fisherman's bungalow at Xhora river mouth, 2km down the beach, whence they were ferried across the river to get to the conference. 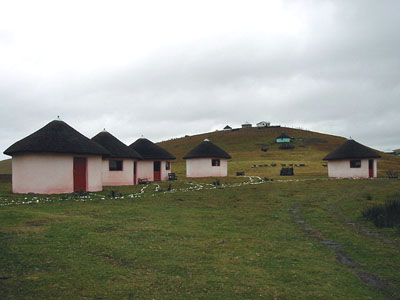 The resort is an eco-friendly venture. The only power available is solar generated and is switched on for a few hours at night, for lighting and re-charging of batteries, with other facilities such as fridges being powered by gas. (No PowerPoint presentations!) The toilets are urine-diversion pit latrines, which necessitated a lesson for delegates prior to first use - one of the technical skills they had to acquire at the conference. The resort owner complimented RuDASA members on their uncommon ability to use the latrines correctly, which showed bush experience! Another technical skill learnt was how to use the 'rocket shower', where water is heated by a small paraffin flame as it goes up the pipe, providing enough hot water for a 5 minute shower. The name comes from the roaring and exploding sounds emanating from the pipes during the shower.

Bulungula Backpackers is a unique venue in that it is run in complete cooperation with the local community, who move freely in and out of its grounds. As part of the relationship with the community the delegates were welcomed on the first night not only by the Head of the Provincial Department of Health, who made the journey all the way to the conference to indicate his support, which was most appreciated, but also by the traditional Chieftainess of the area, on whose land the lodge is built.

In terms of the conference sessions, it was more than just sleeping accommodation that was problematic. The Backpackers has only one communal living area/pub/lounge; this was used for parallel sessions, but could not accommodate the whole group. A marquee or large tent, very commonly used for funerals and weddings in rural areas in South Africa, was hired for this purpose, and was also used for parallel sessions. For the third set of parallel sessions, delegates were ferried on the back of an open van into the village (Fig 5), where they were dropped off at the bottom of a hill and walked up to a homestead on top to meet in a traditional hut which had been cleared for the purpose. It was a wonderful context in which to discuss support for rural hospitals and anaesthetic skills for rural doctors, which were the two sessions held in this hut. Meals were eaten outside on the grass, overlooking the river (Fig 6). 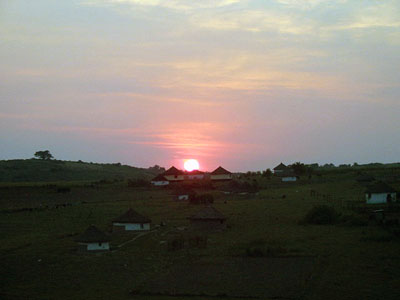 Figure 5: Sunset over the village. 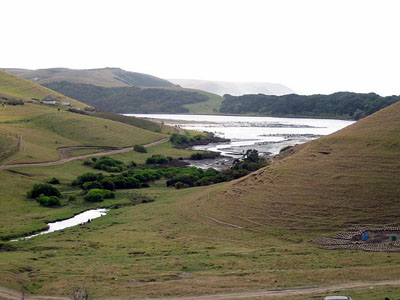 Figure 6: View from the meeting hut.

The final challenge of the conference was getting out of the area after a morning of rain - 4X4 driving skills were definitely needed!

The main plenary session focussed on strategic planning for the next 10 years of RuDASA. Whatever disagreements there may have been, consensus was reached to end early enough to enable delegates to swim, run or walk on the beach (Fig 7), or paddle a canoe upstream. 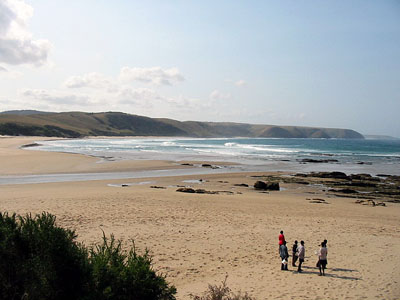 Overall the vibe and excitement at the conference was great because only committed rural doctors made the effort to get there. The context for deciding on strategy for the way forward could not have been better. It is perhaps for this reason that the main theme coming out of the strategy for the way forward was about inspiration. We conceptualised our role as being to inspire rural students to study medicine, to inspire medical students about rural practice, to inspire doctors to come and work in rural areas and to inspire rural doctors already in these areas to continue in their work.

An inspiring venue inspired us all to become more of an inspiration to others!

This PDF has been produced for your convenience. Always refer to the live site https://www.rrh.org.au/journal/article/494 for the Version of Record.