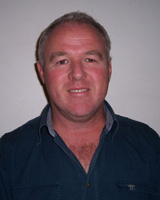 © Steven Doherty, Peter Jones 2006 A licence to publish this material has been given to ARHEN, arhen.org.au

To determine if an evidence-based implementation (EBI) could lead to the successful implementation of evidence based care for adult asthma in small rural district hospitals.
Methods: A controlled trial involving eight small rural hospitals (four each in the study and control groups) was conducted. Retrospective pre-intervention audits were conducted at all eight hospitals for 7 months (1 January 2004 to 31 July 2004) and evidence-practice gaps identified. An EBI was then used to implement established guidelines for the management of asthma in the study hospitals. Post-intervention audits were then performed over a period of 7 months (1 October 2004 to 31 April 2005).
Results: There were 52 presentations of asthma in the study hospitals in the pre-implementation phase and 47 post-implementation. The corresponding numbers for the control hospitals were 46 and 42 respectively. There were no statistically significant differences in the severity between the groups. Following the EBI there were significant improvements at the study hospitals for the documentation of severity (8% to 62%, p <0.001), use of spirometry (12% to 62%, p <0.001) and the use of written short-term asthma plans (9% to 26%, p = 0.05). There was a decrease in use of ipratropium in mild asthma (44% to 30%, p = 0.228), an increase in the use of systemic steroids (61% to 72%, p = 0.255) and no change in prescribing antibiotics for afebrile patients with asthma (21% to 21% p = 0.956). There was no significant change in practice at the control hospitals except for a decrease in the use of systemic steroids (48% to 21%, p = 0.011). For the six clinical indicators aggregate there was a significant increase in compliance with guidelines at the study hospitals (36% to 62%, p < 0.001) but no change at the control hospitals (31% to 31%, p = 0.970).
Conclusion: The pre-intervention audits demonstrated low levels of compliance with asthma guidelines across six clinical indicators. An EBI significantly improved compliance across these six indicators, and no improvement was noted in the control hospitals. This study demonstrates that an EBI can alter clinical practice in small rural district hospitals.

Australian adults have a prevalence rate of asthma of 10-12% which is one of the highest in the world1. In addition, hospitalization rates are highest among Aboriginal and Torres Strait Islanders and in rural and remote areas1. Evidence-based guidelines for asthma2,3 exist and form the basis of New South Wales (NSW) Health's guidelines for the management of acute asthma. Despite this there is evidence that these guidelines are not always followed4. Developing guidelines is an important component in summarizing evidence from research, but unless there is a successful implementation process, the translation of this knowledge into clinical practice will not necessarily occur. Translating evidence into clinical practice is difficult5 and remains a major barrier to improving health6. There is an increasing knowledge base about what implementation strategies are most effective, and some researchers have questioned whether evidence-based implementation (EBI) of evidence-based guidelines is possible7.

Increasingly, there has been a focus on equity of access and quality of health care in the rural environment8. Some advocate that small rural hospitals should become centres of quality health care and training9. In the vast majority of cases of asthma, and many other emergency department (ED) presentations, the achievement of best practice does not require access to the additional resources usually only found in large metropolitan hospitals. Therefore, best practice for the majority of asthma presentations is achievable in even the smallest rural hospital. There is evidence too that, despite barriers, rural GPs view EBM positively10 and support a regional approach to asthma management based on National Asthma Council (NAC) guidelines11.

With regard to the implementation of best practice, there is little evidence to indicate what strategies are most likely to be beneficial in rural district hospitals in Australia, let alone rural district emergency departments (ED). This article will report the results of an EBI, adapted from an implementation strategy at a rural referral hospital, designed to improve ED assessment and management of acute asthma in adults.

The aim of this study was to determine if an evidence-based approach to implementation of asthma guidelines would translate into improved compliance with evidence-based care for acute asthma in adults in a number of small, rural district ED.

The lead author was an emergency physician working clinically within the Area Health Service that the study and control hospitals are in, and has for many years performed retrievals, provided advice and been involved in accepting the transfer of patients from these hospitals.

A pre-intervention audit of asthma management (assessment and treatment) was conducted in eight rural district hospitals. Audit was performed by the author for three hospitals in each group and by senior nurses, trained in the use of the data collection form, at the other two hospitals. From these audits evidence-practice gaps (EPG) were identified. All identified patients aged 14 and over were included. Audit data was entered into a de-identified data-base.

Pairs of hospitals were matched based on size, and one randomly allocated to the study group with the other serving as a control. The sample size required to detect a 30% improvement in compliance with a clinical indicator, with a level of significance of <0.05 and a power of 0.9 was 56 patients. Based on estimates of attendances with asthma for these hospitals, 7 months of pre-intervention data were collected from 1 January to 31 July 2004 and 7 months of post-intervention data were collected from 1 October 2004 to 30 April 2005. The intervention at the four study hospitals occurred between August and September 2004.

The study hospitals were subjected to an EBI outlined below. The control hospitals had no additional intervention to help implement established guidelines for asthma. The National Asthma Council and Respiratory Therapeutic Guidelines2,3 have been available for years and form the basis of the NSW Health guidelines, which have been disseminated to hospitals throughout NSW. Dissemination of guidelines without a dedicated implementation plan is a common method used by health departments to transfer knowledge to clinicians.

All eight hospitals were staffed by GP visiting medical officers (VMOs) with no dedicated on-site medical staff. Each of the ED registered between 2000 and 8000 patients per year, although the data collection systems do not allow differentiation between ED presentations and outpatient visits. The ED were staffed by nurses who also had to fulfill other duties throughout the hospital and, hence, were not full-time ED nurses. The eight towns were situated between 50 km and 200 km from the nearest base referral hospital and serviced populations between 1000 and 14 000 people12. All towns had a rural, remote and metropolitan area (RRMA) rating of 5.

There was no standard ED data collection system across the eight hospitals. Admitted patients were identified by ICD9 coding. Non-admitted patients were identified by a manual search of the hand-written ED attendance register. Documented attendances for 'asthma', 'wheeze', 'short of breath' and similar phrases were reviewed. Only those patients with an ED diagnosis of asthma were included in the database. Data for all patients identified were included in the study. Data for an individual clinical indicator (eg the prescribing of corticosteroids) were excluded if the patient was already on the treatment prior to presenting to the ED.

When assessment of severity was not documented, the reviewer made an assessment of severity based on the clinical record and in consultation with the features of severity outlined in the NAC asthma management handbook2. Any one feature of moderate severity led to classification as moderate, and any one feature of severe led to classification as severe. The only caveat was if the only feature was pulse rate, the reviewer had to make a decision based on the degree of tachycardia, amount of previous ventolin use and any other factor which may have influenced pulse rate.

Data for all indicators in both the study and control hospitals were subject to c2
This PDF has been produced for your convenience. Always refer to the live site https://www.rrh.org.au/journal/article/529 for the Version of Record.