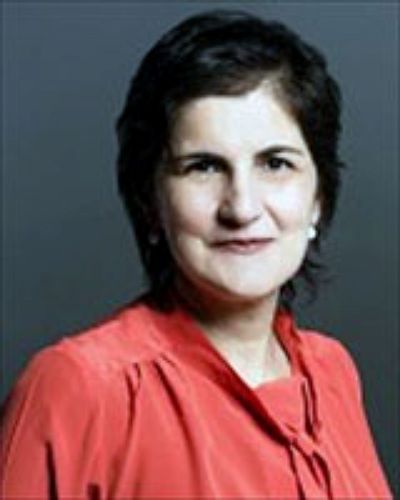 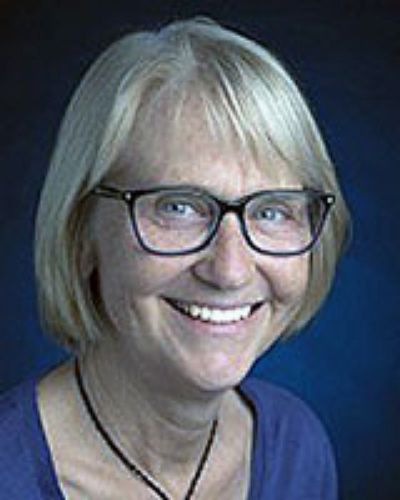 Introduction:  Unpaid carers have a crucial role in supporting older people with cognitive impairment and disability, but their own health and wellbeing are often impacted. There are limited data on how carer strain, depression and empowerment may be improved for carers.
Methods:  This was a cluster randomised controlled trial to compare the effect of a carer support program developed with a community-based participatory action research (PAR) approach to the delivery of information sessions to 100 carers of people aged 45 years or more living in four remote Aboriginal communities in Western Australia.
Results:  The mean age of carers was 38.3±14.9 years, 76% were female and 77% were children or grandchildren of the care recipient. Carer strain and empowerment measures did not change significantly between baseline and follow-up. A statistically significant decrease in depression scores was observed in the PAR group. However, decreases were observed in both the PAR and control groups, and the change in scores did not differ significantly between groups. Depression scores decreased most in those who had not attended high school. Overall, the proportion of participants meeting criteria for depression decreased from 18.8% at baseline to 8.3% at follow-up.
Conclusion:  A carer support program was of equivocal benefit, although this research demonstrates that the wellbeing of carers in remote Aboriginal communities can potentially be markedly improved by outreach strategies.

Aboriginal and Torres Strait Islander people are living to older ages1. Unpaid carers, family and community members have a crucial role in supporting older people with cognitive and physical disabilities, often impacting their own health and wellbeing2,3. In remote and rural areas, factors such as younger age of carers, lack of appropriate services, many competing demands, and traditional and cultural factors, can lead to augmented feelings of carer strain and sense of burden4,5.

This article reports the effect of a carer support program on carers’ sense of empowerment, carer strain and depression levels as part of a cluster randomised controlled trial conducted in four communities of the Kimberley region of Australia. Carer support programs were implemented utilising a participatory action research (PAR) framework in two communities and compared with delivery of six information sessions in each of two control communities.

We hypothesised that carers receiving the PAR program would have improved wellbeing compared with controls.

The baseline phase of this cluster randomised controlled trial was conducted in four communities between 2014 and 2016 in the remote Kimberley region of Western Australia. This research built on a previous cohort study undertaken by the authors, the Kimberley Healthy Adults Project (KHAP), which documented the health status of Aboriginal Australians aged 45 years or more6. Carers were identified from KHAP participants and from lists provided by community-based aged care programs and local health clinics. In addition, a snowballing process was utilised, asking community members ‘Who else looks after this person?’ until a representative cohort of carers was identified. Complete details of the methodology along with participants’ baseline characteristics have been published elsewhere7.

Communities were randomised by an independent statistician, using computer-generated codes, into implementation and control groups. The implementation communities (communities 1 and 2 ) participated in a PAR program where researchers worked with community stakeholders and carers as partners and coresearchers in a cyclical pattern to develop community-designed actions to address the needs of caregivers of older people living in the community. The control communities (communities 3 and 4) received 1-hour education and information sessions monthly for 6 months, which included information on dementia, depression and ways to support caregivers.

Data collected at baseline and on completion of cycles (12–18 months) included demographic details of carer and care recipient; carer strain, a six-item questionnaire adapted from the Zarit Burden Interview (Zarit-6), with a possible total score of 308; the Kimberley Indigenous Depression Scale (KICA-Dep), with a possible total score of 336; and the Growth and Empowerment Measure (GEM), which measures dimensions of empowerment important to Aboriginal and Torres Strait Islander Australians9. The GEM comprises a 14-item Emotional Empowerment Scale (EES-14), with a mean total score of 1–5, and 12 empowerment scenarios (12S). This study used the EES-14 and a short form of the 12S derived from confirmatory factor analysis containing six core scenarios (Core6), with a mean total score of 1–710. Participants with KICA-Dep scores of 8 or more were considered to have clinically relevant depressive symptoms, and participants to whom this applied or indicated potential self-harm were referred to local mental health services by research assistants. Qualitative data were obtained by mixed methodology as part of the PAR process.

Approval to conduct this study was obtained from the communities involved, the Kimberley Aboriginal Medical Services Council, Kimberley Aboriginal Health Planning Forum Research Subcommittee, the Human Research Ethics Committee of the University of Western Australia (RA/4/1/5894) and the Western Australian Aboriginal Health Ethics Committee (281-04/10). All participants provided written informed consent. The partnership between the university and the communities was formally established after community consent was given by the two participating communities’ councils. This trial was prospectively registered with the Australian Clinical Trials Registry (ACTRN12614000415606).

Data were analysed with Stata SE v15.1 (StataCorp; http://www.stata.com). Of 140 participants, 16 who were caring for people aged less than 45 years were excluded. A further 24 people who did not attend follow-up were excluded, leaving 100 people for analysis (n=55 for the PAR group, n=45 for the control group). Cluster-adjusted t-tests and χ2 tests and adjusted Wald tests were used to investigate associations between variables11. Linear regression adjusted for clustering was used to investigate associations between factors measured at baseline and change in outcome measures. For each outcome, all variables that were significant in univariate analyses were entered into a multivariable model and then non-significant covariates removed in a manual, backwards manner. Unstandardised regression coefficients are reported. One participant was excluded from Core6 analyses due to missing data, while four were excluded from KICA-Dep analyses. Values of p less than 0.05 were considered statistically significant.

There was no significant difference in carer strain, EES-14, or Core6 scores between baseline and follow-up in either group (Fig1). However, as shown in Table 1, there was a significant decrease in the mean KICA-Dep score, from 4.8±3.3 to 3.4±2.7 in the PAR group (p=0.012). A non-significant decrease from 4.4±4.0 to 3.6±4.9 occurred in controls. Results were similar when KICA-Dep scores were analysed as a categorical variable. The proportion of participants who met criteria for depression decreased from 18.9% to 5.7% in the PAR group (p=0.653), and from 18.6% to 11.6% in controls (p=0.191). There was no statistically significant difference between groups. Overall, the proportion of participants meeting criteria for depression decreased from 18.8% (n=18) at baseline to 8.3% (n=8) at follow-up. 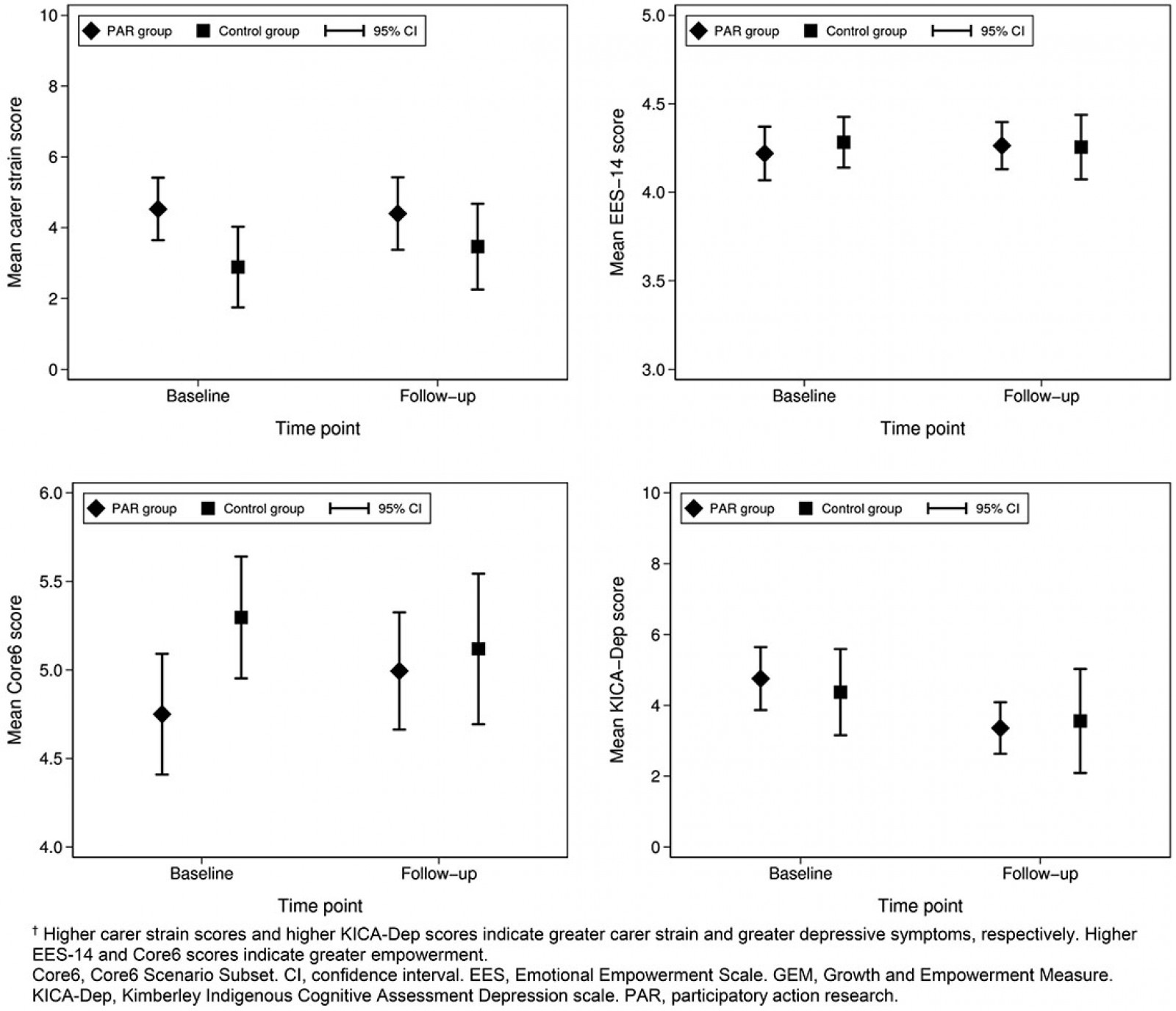 To our knowledge, this is the first project to address the needs of carers of older people with cognitive impairment and disabilities in remote Aboriginal communities. A significant decrease in depression scores was observed in the PAR group, although the change in score was not significantly different to that occurring in the control group. It is possible that the education sessions received by carers in the control group may also have had a beneficial effect, and thus not served as a true control. Nonetheless, this study provides evidence for potential effectiveness of a PAR program.

The PAR program provided carer support in the form of regular meetings and outlets for expression of their concerns that potentially led to improved wellbeing, as illustrated by comments from one community worker: ‘I got respect … understanding how to be a better caregiver … gave me knowledge’. In addition, all carers in the community were screened for mental health problems by the research team and referred to local mental health workers where appropriate. Details of mental health support received were not documented as part of this study, nor whether other factors apart from carer duties may have contributed. It is interesting that those with lower education experienced the greatest decrease in depression scores, a finding that varies in the literature. A possibility is that being a carer gives meaning to a person who may have less opportunities for employment, including receiving the carers’ allowance. Those who were better educated may have felt restricted by their carer role, limiting further opportunities12.

No change in sense of empowerment or carer strain was observed. As noted in previous work describing baseline characteristics of participants7, reported carer strain was generally low compared to other studies. This may be due to different cultural notions of caring (accepting their role as part of extended family), social desirability bias, or a measurement tool that might not capture the nuances of the caring role in an Indigenous context. In view of a low starting point, change over time would be difficult to discern.

Limitations of the study include limited statistical power to detect a change in outcomes. In addition, PAR processes are time consuming and resource intensive within limited research budgets and time constraints. However, engagement with carer advocacy groups led to an ongoing presence in this remote region, and potentially contributed to a framework for culturally responsive carers programs13. In addition, the recruitment model for carers with mental health problems was changed in one of the communities that received the PAR program, as a result of the high prevalence of depression observed during the research (M Chapman, personal communication, 2016).

This study demonstrates that a PAR program for carers of older Indigenous Australians is feasible and can potentially improve carer mental wellbeing, particularly depression.

We would like to acknowledge the carers, research assistants and services, including health and community aged care services, who participated in this project in the communities of Ardyaloon, Looma, Warmun and Wirrimanu. In addition, we acknowledge the assistance of Mark Pindan and Myra Pindan, who were community champions for the project in Looma.

This PDF has been produced for your convenience. Always refer to the live site https://www.rrh.org.au/journal/article/6078 for the Version of Record.