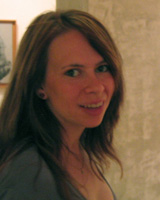 © Clare Astbury 2007 A licence to publish this material has been given to ARHEN, arhen.org.au

Having been raised in a 'rural' community in England, and studying medicine in Shakespeare's county of Warwickshire, I thought I had a grasp on the issues of delivering health care to a geographically diverse population. On medical elective from Warwick Medical School, England to New South Wales, Australia, I was offered the chance to experience rural medicine and was about to find out what 'geographically diverse' really meant. I was to see firsthand some of the challenges of delivering modern health care to such a widely based population, and discover the benefits of learning medicine in a rural hospital.

In the UK, most of my medical placements are within the newly opened University Hospital Coventry and Warwickshire. It serves an area populated by one million people, measuring 2100 km2. The hospital cost more than £400 million to build and equip, with 1250 beds and 27 operating theatres1. In contrast, Hunter New England Health provides care for approximately 840 000 people and covers a geographical area of 130 000 km2 - the size of England2!

Based at Armidale Hospital, a rural referral hospital in New England, I was the only medical student in obstetrics and gynaecology. The hospital sees approximately 400 births per annum, with individual rooms for each woman on the ward. There are two dedicated birthing rooms, sharing a birth pool, and the whole hospital is served by three operating theatres (two of which receive routine use).

Of the women I talked to during my placement, many had travelled several hours during the first stage of labour or for routine appointments. These appointments usually took an entire day to attend and return home, but I heard no complaints as the people were extremely proud of their hospital services - there was a real sense of community ownership. Back in the UK, I had previously empathised with patients who had to take public transport for over an hour to reach the hospital or wait for hospital transport.

In the rural setting, management plans need to take into account the family circumstances to a greater degree. Who can be on hand to support the patient if the family lives over 4 hours drive away? Where will they stay when their relative is in hospital? At Armidale there is family accommodation on offer, integrated with the medical staff's rooms, something I discovered when I met over the dinner table the husband and children of a woman who's hysterectomy I'd observed that morning. Some careful conversation was required to preserve confidentiality and professionalism! There is less pressure on beds, and more concern to discharge the patient home at the right time to avoid lengthy trips back to hospital.

I would be interested to know the intervention rates in labour as compared with a larger city-based hospital, as I would hypothesise that the rural obstetricians were keener to intervene early should a complication arise. This may be partly to do with the availability of expertise. One of the two obstetric consultants at Armidale told me that he arrived several years ago to fill a locum post for a matter of months, but was still in the post! He had been the only consultant obstetrician in Armidale until January 2007.

I was especially impressed by the way resourcing is tackled in the rural setting. While in theatre I met an anaesthetist who is also a GP, and another GP who was on hand to act as paediatrician during an emergency caesarean section. The opportunity to practise both general and specialist medicine, and splitting the week between hospital and general practice surgery has huge appeal personally and is not something I had seen before. Having specialist knowledge in the GP community enables the hospital to cope with emergency situations, and tackle the issue of resources at a time when attracting doctors to rural posts is proving difficult3,4.

The placement in rural New South Wales certainly opened my eyes to a new aspect of obstetrics and gynaecology, one which I am very grateful for. Being the only student within the department I was able to gain experience across the discipline as it happened, and this has certainly whetted my appetite to return in the future.

This PDF has been produced for your convenience. Always refer to the live site https://www.rrh.org.au/journal/article/793 for the Version of Record.