Malaria control among children under five in sub-Saharan Africa: the role of empowerment and parents' participation besides the clinical strategies 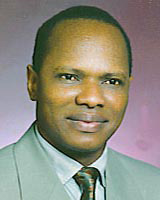 Child malaria remains a vital concern in sub-Saharan Africa in spite of major efforts to control it. The widely advertised best curative and preventive measures are not always accessible.
Issue: This article examines the extent to which parents' perceptions and representations are considered, including their empowerment and participation in interventions aimed at controlling child malaria. The effect of this is examined through a content analysis of articles selected in the PubMed and Wholis databases over the period of 1996 to 2005. This analysis was performed according to three predefined categories consistent with the three main health promotion strategies used in the WHO-AFRO region: (1) development of knowledge and skills; (2) creation of supportive environments; and (3) advocacy.
Lessons learned: Successful interventions met the health promotion strategies wholly or partly. Although these interventions were sometimes incomplete, the development took into account people's perceptions and representations. The authors acted on the belief that empowerment of parents and their participation in the development of interventions to control child malaria, is likely to yield better results and assist in reducing the prevalence of malaria morbidity and mortality in children under 5 years.

Malaria is a major threat to public health in Africa1, and remains the leading cause of death in children under 5 years in this region2,3. Bryce et al4 report that 94% of deaths due to malaria worldwide occur in Africa. However, national and international malaria control programs have been implemented, inclucing: Integrated Management of Childhood Illness (IMCI); Roll Back Malaria initiative; and the Global Fund. Major progress in the prevention and treatment of malaria has been reported through the adoption of Artemisinin combined therapy (ACT) from several countries5; the use of insecticide treated bed nets6; and Intermittent Preventive Treatment (IPT) for pregnant women and children7. However, despite the existence of effective treatment and protective measures, malaria continues to be of concern8-10.

In an attempt to address this concern, a research-action project was initiated in rural communities in Benin (west Africa), integrating child fever representations and perceptions of parents of children under 5 years on malaria control. A literature review to determine current aspects of child malaria control interventions was carried out to inform the process.

McCombie11 reported that care-seeking in the event of fever is very poor and many cases of fever have non-specific treatment at home. He recommended that home-based management of malaria be improved in order to reduce the progression of cases to severe forms. Although WHO promotes a malaria home management initiative, it is arguable as to whether this initiative addresses peoples' interests12-14. Williams and Jones15 contend that it is not people's lack of knowledge that determines their healthcare-seeking behaviour in the event of fever, but several other factors (economic, socio-political, and social status). They ask, not to know 'how can we get [communities] to...', but rather 'we should be pressing to find ways to increase people's capacity to have access to complete and effective treatments'.

The problem of malaria control in children under 5 years now exceeds a simple biomedical vision of health. Under-five malaria control should also involve parents and non-medical community sectors. The concern of this study was to establish whether there are interventions relating to under-five malaria control that impact on the target communities. If so, what were the key elements of that success? Which areas of research can contribute to reduce the prevalence of malaria in under fives?

We systematically selected articles related to child malaria using the key words 'malaria' and 'child survival' in PubMed and Wholis (World Health Organization Library database), published between 2000 and 2005. In all, 26 759 articles were obtained: 'child malaria' 11 521 (11 114 in PubMed and 407 in Wholis); 'child survival' 15 238 (15 227 in PubMed and 11 in Wholis). Using selection criteria relating to the extent of malaria; the progress of curative and preventive malaria care; malaria care-seeking behaviour; and malaria community interventions with parents' participation and empowerment, we retained 95 articles. These also included references of published and unpublished work on child malaria (1996 and beyond) cited in the articles selected and answering the same criteria (Fig1).

A content analysis of the selected publications identified those related to effective control of child malaria. Particular focus was placed on interventions that were quoted as examples of good practice that had a positive impact on communities as partners. In all, 25 publications were quoted by six other publications that analysed successful practices in child malaria control. Among these we retained and analysed nine in order to identify elements that appear to have been responsible for successes (Table 1). The following criteria were used to retain the articles analysed: (i) articles quoted by an author; (ii) articles describing an original intervention to an aspect of child malaria control; (iii) article with a community aspect; (iv) journal articles published between 1996 and 2005 (Fig1).

The elements inherent in the analysis were the three major WHO-AFRO health promotion (HP) strategies16:

Table 1: Authors of the interventions quoted as having had a significant impact on the reduction of malaria incidence in communities9,13,15,17-28

The reviewed articles were randomized controlled trials (n = 2) and community interventions (n = 7). Reported Interventions were undertaken in Africa (n = 7), Asia and Latin America (n = 2), and gained greatest community adherence and showed a decrease of malaria incidence28, severe malaria21-23,25,26,28, and malaria mortality18,20. Table 2 shows the principal aspects of the interventions according to their HP strategies. It is important to note that aspects of the interventions do not necessarily exactly match the concepts they are connected to in this table. For instance, when speaking about community participation, the interventions were not necessarily total and active involvement at all stages of the process, as will be revealed in the discussion.

It is apparent that aspects that could be attributed to the success of the analysed interventions can be grouped according to the three major categories mentioned16:


Development of knowledge and skills (empowerment)

Perceptions and social representations in behaviour change interventions: This takes into account perceptions and representations of partner communities contributing to the success of the analysed interventions, for example Qingjun et al26 and Sirima et al23 (Table 2). Any behaviour change interventions that had a weak impact were the result of not taking into account social representations of the target audience29-31. Health behaviours are not only influenced by knowledge or belief, but also conditioned by the social, cultural, economical and political context in which they occur32. It could be said that such factors are context specific.

Disregarding people's representations and perceptions has other repercussions in child malaria. A population's behaviour response to child malaria is to a known disease, mainly the principal sign of the fever, for which there is general reluctance to seek care outside the home33. Consequently, national health systems' data do not reflect reality, because they are based only on cases received in health facilities34. Baume33 and WHO27 both noted that national malaria control programs have not made this reality their working tool in planning control interventions. Recognizing this, it is necessary to pass from individual practice to integrated interventions, placed in the broader context of social, cultural, political, economic arenas16. This broader prospect for the development of child malaria control interventions is essential, and conforms to general HP principles, which dictate that health interventions tackle the various influencing factors, commonly known as 'the broad determinants of health'. One way to do this is to develop interventions with the active participation of the population35.

Community participation can be interpreted in two ways. In the first, participation is a means with utilitarian logic that places more importance on the results obtained than the act of participation. The second way is to understand participation as a process that contributes to reinforcing community power. Because parents do not seek care at health facilities for fever but treat it at home, it is useful for health professionals to consider malaria control with their collaboration, through a community dialogue that brings about mutual comprehension. Such actions will have a greater impact in reducing the incidence of malaria40,41.

Integrated use of various communication approaches: It is important to draw partner populations' attention to the interventions, as noted by Kidane and Morrow20, and Marsh et al22. The HP concept, as described by WHO16, places particular emphasis on the integration of the various approaches and methods used in a medical action.

Creation of supportive environments for the promoted behaviour

Supportive environments, as defined in the methods section, was central in the analysed interventions to the adoption of promoted behaviours20,23,25,28 in which anti-malarial drugs are available free or at low cost in communities. Generally, as developed by Green and Kreuter42 in the PRECEDE-PROCEED model, the creation of environments supportive to behaviour adoption (called enabling factors) is a major factor in the success of behaviour change. Therefore, for child malaria control to be effective, certain conditions relating to communities' perceptions and representations are essential in order to obtain their support35.

The majority of interventions analysed in this study worked in inter- or intra-sectoral partnerships with the health sector. If it is recognized that there are factors underlying child malaria that are beyond the health sector's expertise, as mentioned Williams and Jones15, it is necessary to work in collaboration with sectors other than health. This acknowledges the importance of advocacy when implementing interventions, according to the concept of HP16.

The link can be made between these lessons and what has been said43 about successful interventions in HP. According to Moodie, the success of HP programs in Australia has been reliant on a number of factors, which include the development of policies, legislations and clear regulations; the communication of information; the provision of services and improvement of human resources in HP; inter-sectoral shared responsibilities; community mobilization and; the creation of information collection systems43.

In conclusion, it seems that Williams and Jones'15 proposal deserves to be considered with the words of Chavez44:


...never presume that you know the needs and priorities of people; confess your utter ignorance of their background, the way their minds work, the reasons for their attitudes, and ask them how they would like you to help.

It seems clear that we should widen our vision of health to include the bio-psychosocial factors (such as social, cultural, economic, environmental, political etc), which underlie malaria. And if health professionals take on the role of 'technical advisers', this will have positive implications for an active population, while strengthening their capacity for action. This 'power' given to populations may then be applied to the resolution of other problems in the community, and would enhance their development. At the very least, we hope this involving and empowering process can succeed in controlling child malaria among endemic communities.

The authors thank Mrs L Luwaga and Mrs G Moussouamy and her colleagues from WHO/Gabon for reviewing the first version of this paper. The authors are also grateful to Le Commissariat Général aux Relations Internationales (Belgium) for its financial support.

1. Nafo-Traoré F. Rolling back malaria: opportunities and challenges. Transactions of the Royal Society of Tropical Medicine and Hygiene 2005; 99: 403-406.

13. World Health Organization. The Roll Back Malaria Strategy for Improving Access to Treatment through Home Management of Malaria. WHO/HTM/MAL/2005.1101. Geneva: WHO, 2005b.

16. World Health Organization. Guidelines for the development of health promotion in countries of WHO African region. AFR/HPR/02.1. Geneva: WHO, 2002.

27. World Health Organization. Scaling up home management of malaria: from research to implementation. WHO/HTM/MAL/2004.1096. Geneva: WHO, 2004.

41. Oberlander L, Elverdan B. Malaria in the United Republic of Tanzania: Cultural considerations and health-seeking behaviour. Bulletin of the World Health Organization 2000; 78: 1352-1357.

This PDF has been produced for your convenience. Always refer to the live site https://www.rrh.org.au/journal/article/840 for the Version of Record.