Applicability of the stages of change and Weight Efficacy Lifestyle Questionnaire with natives of Sarawak, Malaysia 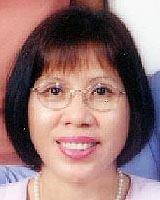 Chang C.  Applicability of the stages of change and Weight Efficacy Lifestyle Questionnaire with natives of Sarawak, Malaysia. Rural and Remote Health 2007; 7: 864. https://doi.org/10.22605/RRH864

© ching thon Chang 2007 A licence to publish this material has been given to ARHEN, arhen.org.au

There is an increase in the prevalence of overweight and obesity in Malaysia. Besides prevalence studies, not much is known about either overweight or obese individuals. The objective of this study was to determine the stages of change in losing weight and the self-efficacy in eating control of three indigenous groups of overweight and obese adults in Sarawak, Malaysia.
Methods: A cross-sectional study was conducted in one rural region in Sarawak using a purposive sample. A structured questionnaire, which included two scales: (1) Weight: Stages of change (SOC) to assess readiness to change; and (2) Weight Efficacy Lifestyle Questionnaire (WEL) (both adopted from the transtheoretical model of change); and a set of pre-tested questionnaires on socio-demographic data, the presence of health problems and self-assessment of weight appropriateness, was used to interview respondents.
Results: The stage distribution for weight loss of these adults respondents (n = 271) showed that 60.5% (n = 164) were in the pre-contemplation stage, 20.7% (n = 56) were in the contemplation stage, 8.5% (n = 23) were in the preparation stage, and 8.9% (n = 24) were in the action stage, while only 1.5% (n = 4) were in the maintenance stage. Except for education, the stage differences were generally stable across age, sex, race, household income, presence or absence of health problem, self-perceived weight and presence of overweight or obesity. Respondents were least able to control their eating under social pressure and food availability, according to their WEL score.
Conclusion: A large proportion of the overweight or obese adults was not intending to lose weight. The factor structure of the two WEL original subscales enabled partial differentiation between respondents who were able or unable to resist eating in situations where there were availability of food and experienced physical discomfort. The study results indicate the importance of assessing individuals' SOC score in order to implement stage-matched intervention strategies. More studies should be performed in order to validate the WEL questionnaire for use with a Malaysian sample.

The problems of overweight and obesity have reached epidemic proportions in many developed countries1. In the USA, approximately 64.5% of adults are classified as overweight2. In Malaysia, approximately one in two adults aged 25 to 64 years were either overweight or obese, with the highest prevalence among Indians, followed by Malays and Chinese3. The Malaysian Health Minister noted in 2003 that Malaysia had 6 million adults who were either overweight or obese. He appealed for appropriate action because the prevalence of obesity and overweight climbed from 4.4% and 16.7% in 1996, to 12.3% and 26.7%, respectively, in 20034.

Both studies5,6 showed that overweight and obesity is a problem in Sarawak. Kiyu and Hashim's6 study revealed that among the indigenous town dwellers, the Ibans and Malays had the largest percentage of overweight and obese respondents. There was no published study found regarding the prevalence among rural-dwelling natives of overweight and obesity (the National Morbidity Survey only reported the overall rate), thus this study aimed to fill the gap. For logistical reasons, it was decided that one geographic region would be used as the research site. Because the indigenous groups residing in this geographical region were predominantly Iban, Malay and Bidayuh, these three groups were studied. Although Kiyu and Hashim's6 study revealed a very low percentage of Bidayuh to be overweight or obese (from a town sample), the present author's experience suggested this was an underestimate.

Regarding individuals' intention to lose weight, the transtheoretical model of change (TTM) suggests how change occurs7. The TTM views change as a process with five progressive stages of change (SOC) before a change of behavior occurs. Many studies have demonstrated the applicability of SOC to weight loss2,8.

The five SOC stages7 commence with precontemplation, preceeding change by 6 months. Individuals in the precontemplation stage may be ignorant of the effects of their behavior, or unwilling to attempt change due to previous failed attempts. The second SOC stage is the contemplation stage, when an individual is considering change within the next 6 months due to awareness of a problem. The preparation stage is when an individual intends to take action in the next 30 days. Individuals in this stage may attempt to find out how to change a particular unhealthy behavior (eg overeating). In the action stage, there is overt modification of a behavior for less than 6 months. In the maintenance stage, individuals have taken action to change a behavior for more than 6 months.

Regarding weight loss efforts, it was decided that individuals at the action stage would consume less than 30% of their calories from fat, and also have to be vigilant for relapse. Individuals in the maintenance stage were expected to lose 5% or more of their baseline weight (based on a study of the benefits of 5% or more weight loss being sufficient to reduce the co-morbid risk factors of obesity, such as hyperlipidemia, hyperinsulinemia, hypertension and type 2 diabetes9. Studies have shown that determining individuals' intention to change facilitates the implementation of stage-matched interventions (crucial for the interventions to be effective)2.

Individuals' SOC may be affected by their confidence to cope with high-risk situations where they would relapse into unhealthy behavior10. Individuals' confidence in coping with high risk situations can be assessed using a self-efficacy scale. Self-efficacy, originally conceptualized by Bandura in his social learning theory, refers to how individuals perceive their confidence to perform a task in certain vulnerable situations10. A change in the level of self-efficacy as a result of gaining skills to perform certain behavioral change can predict lasting success11.

Concern about the increased prevalence of overweight and obesity among all Malaysian ethnic groups in both rural and urban communities12 prompted the Malaysian Association for the Study of Obesity, in collaboration with Malaysian Ministry of Health, to formulate the Guidelines for the Prevention of Obesity in Malaysia12. While guidelines are helpful, it can be argued that before overweight and obesity can be addressed effectively, it is important to understand individuals' motivation and intention to lose weight. This aspect of weight loss is largely unknown for individuals in Malaysia and Sarawak. Thus, the objective of the present study was to determine the:


This study was approved by the Ethics Committee of Faculty of Medicine and Health Sciences, Universiti Malaysia Sarawak, and conformed to the requirements for ethical procedures for research in Malaysia. Informed consent was also obtained from each respondent.

This cross-sectional study was conducted from February 2006 to March 2007. Twenty-six villages in Kuching and Samarahan Division were included in the study. Due to the lack of an enumerated list of overweight and obese adults, and a failure to recruit sufficient numbers of respondents by randomly selecting the villages, a purposive sampling method was employed. The process of respondent recruitment is summarized in the flow chart (Fig1).

The inclusion criteria for recruitment were: adults of both sex; racial origin of Malay, Iban or Bidayuh; aged between 21 and 65 years; a body mass index of between 25 and 29.9 (overweight) or ≥30 (obese); those with no obvious chronic health conditions who were intellectually capable. A sample size of at least 200 people was required to ensure correlation and factor analysis on one of the scales. A ratio of at least 10 subjects for each variable is desirable for factor analysis13,14.

A pre-tested structured questionnaire was used to collect the study data. The questionnaire assessed socio-demographic details, perception of body weight, and the presence of health problem/s. Two scales were used: (i) Weight: SOC15 to assess readiness for change; and (ii) Weight Efficacy Lifestyle Questionnaire (WEL)16 to assess respondents' confidence regarding their ability to resist eating in certain vulnerable situations. These scales were adapted using the TTM to form part of the data collection instrument.

The WEL includes 20 items to be rated on a 10 point Likert scale ranging from 0 (not confident) to 9 (very confident)16. There are 5 subscales, each consisting of 4 items relating to negative emotions (eg eating when irritated); food availability (eg eating during a party); social pressure (eg eating when unable to refuse an invitation to eat); physical discomfort (eg eating when in pain or during a headache); and positive activities (eg eating when reading or watching television). The WEL yields 5 subscale scores and a global sum of the subscales. The internal consistency of the 5 subscales was found to be from .70 to .9016.

Stage of change for weight loss

The stage of change differences were generally stable regarding age, sex, race, household income, presence or absence of health problem, self perceived weight and whether respondents were overweight or obese. Education affected the stage distribution with the proportion of respondents in the pre-action stage decreasing as education level increased (χ2

This PDF has been produced for your convenience. Always refer to the live site https://www.rrh.org.au/journal/article/864 for the Version of Record.