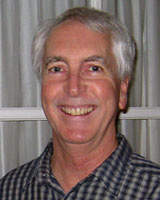 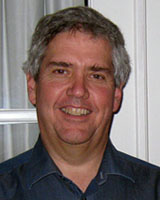 © Philip Stillman, Philip Strong 2008 A licence to publish this material has been given to ARHEN, arhen.org.au

Context: Our medical team of 12 people conducted a series of mobile health clinics sponsored by an indigenous relief organization in rural Ethiopia. Coordinating with local health authorities, the purpose of these clinics was to provide acute care medical treatment and public health teaching.
Issue: Initially, we used a 'pre-triage' process that had evolved over a series of previous rural mobile clinic trips. This process involved the lead physician and a nurse-translator moving through the crowd selecting prospective patients based on appearance and responses to simple questions. A significant problem arose when a large crowd of people, desperate to be seen, disrupted the process and jeopardized the safety of our team. We subsequently developed a process that used an introductory session, introducing the team and describing the process of patient selection. We also modified the pre-triage process by involving more people in patient selection. In subsequent clinics, this new process was well accepted and contributed to increased efficiency and an overall improved community outreach.
Lessons Learned: After experiencing an adverse situation, we developed a system for patient selection that was well accepted and efficient. We found that it was essential to set expectations regarding the purpose of the mobile clinic and the scope of problems that could be treated. This was best done at the outset of the clinic in coordination with local health authorities. In actual patient selection, or pre-triage, we found it advantageous to enlist the participation of the crowd and to send several clinicians among those wishing to be seen for medical care. This new approach to patient selection became an essential element in the success of our mobile health outreach.

The authors were asked to conduct a series of mobile health clinics at the request of an indigenous development organization, Project Mercy, in rural Ethiopia1,2. These free clinics were aimed towards treating acute, non-life-threatening medical problems and providing public health teaching. The overall goal of the clinics was to improve relationships between the communities served and Project Mercy.

The clinics were run from established rural health centers. Administrators at Project Mercy visited each site in advance to arrange for the local health authorities to accommodate the visiting team and to work out logistics and publicity. The team did not specify guidelines for patient selection. At one site local health authorities selected several patients; at others they announced the team's impending arrival but did no patient selection in advance.

The four mobile clinics were set up, and medications made available, chiefly to treat acute disorders. The main acute diagnoses in adults were various respiratory illnesses, gastrointestinal disorders such as gastroesophageal reflux and gastroenteritis, and musculoskeletal complaints. Chronic illnesses included mainly malaria, HIV infection and tuberculosis. In children, malnutrition - including marasmus and kwashiorkor - was a near universal concern, for which we provided a culturally appropriate dietary supplement. The predominant conditions in children were upper respiratory ailments, trachoma, fevers and diarrhea, often superimposed on chronic diseases such as HIV, malaria and asthma. Some less common conditions we encountered were acute mumps, meningitis, lymphatic filariasis, small bowel obstruction, achalasia, and nephrotic syndrome.

Our team included three physicians, a nurse practitioner, four nurses and four support staff. The lead physician was an internist with previous experience working in rural Ethiopia and several prior medical trips. The other physicians were family practitioners, both with extensive experience working in short-term medical missions. The nurse practitioner and each of the registered nurses had prior experience working abroad in various settings. We also worked with six Ethiopian nurses, who were indispensable members of the team, serving as both translators and medical consultants. Each was college educated and worked as registered nurses in the capital, Addis Ababa. They were fluent in English and spoke Amharic and Oromo, the two main languages used by our patients.

All our efforts were coordinated with the local health providers. We stressed to the village elders and the crowd that we were guests of their established health workers and that these providers helped us in all aspects of our visit, including set-up, patient selection, logistics and, importantly, follow-up care. Subsequent communication with our sponsoring organization, Project Mercy, has confirmed that our mobile clinics had a positive impact in each community and served to support the existing infrastructure.

When we arrived at each site in the morning, the majority of the team set up a triage area, examination rooms and a pharmacy. Simultaneously, the lead physician and a nurse-translator went out into the crowd to start patient selection, a process we called 'pre-triage'. Patients were chosen based on a cursory assessment by the physician and Ethiopian nurse. Several in the crowd were obviously ill, and others were chosen based on the reports of those accompanying the patient.

On the first day at the second mobile clinic, we conducted the pre-triage process without incident. Our lead physician and a nurse-translator started selecting patients to be seen that day. They moved quickly and discretely through the crowd passing out 'tickets' for patients to be seen. People with tickets were sent immediately to the main triage area for intake evaluation. At times, people wishing to be seen would crowd the physician and nurse-translator, but this was easily managed by asking people politely to move back and make way. 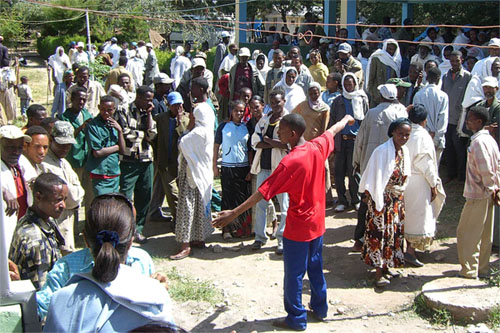 Figure 1: One of the local community activists helping the team organize the crowd prior to the pre-triage process.

On the second day at this same site, the team experienced a major problem that disrupted our ability to provide care. That day, there were twice as many people waiting to be seen by the team. As we prepared to go through the usual pre-triage process, the head nurse at the local clinic suggested that we should move people in groups to make the crowd more manageable. Despite repeated entreaties by the translators and clinic staff to maintain order, the crowd refused to cooperate. People started flooding the area where the physician and nurse-translator were located. Desperate people were begging to be seen, crying and moaning, pulling on the clothes of the team members, some trying to grab the tickets. One woman wrapped herself around the nurse-translator and started kissing her feet.

To disperse the crowd, the physician decided to lead the group outside the gate of the compound. After the entire crowd followed, the team members turned back and flanked the crowd, making it back to the gate, which was then opened briefly for them. It shut before the health educator could get through, trapping her between the gate and the surging crowd. The gate was reopened, which allowed the health educator and 30-40 potential patients back through the gate before it could be closed again.

The team members involved in this incident made a hasty retreat to the back of the compound and began seeing the few patients who had previously been selected and issued tickets. This pre-triage team was significantly shaken by the experience, which they determined not to repeat. We were especially concerned for the safety of team members.

When we returned to the Project Mercy compound, we reflected on the experience and redesigned our processes so that we could select patients in a more organized and efficient manner.

We realized that none of the team was well qualified or trained in this cross-cultural pre-triage process. The task fell to the physician who had helped order the medications and was most familiar with our limited formulary.

It was also realized that we had poorly anticipated the size of the crowd, the desperate nature of the people and the sacrifices many had made to get to the clinic. Accordingly, we resolved to use the following approach:

On arrival at the health center, as before, most of the team worked to set up the clinic. Meanwhile, another small group, featuring the group leader, a nurse-translator and the lead physician, would address the crowd to set expectations. During this introductory session (called 'the talk'), we: 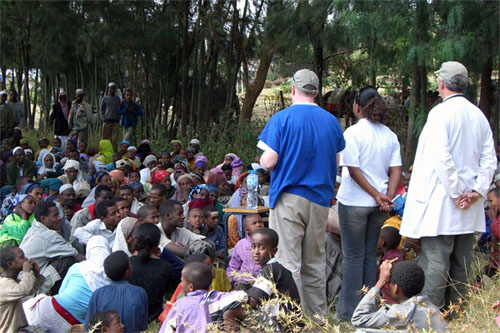 Figure 2: The team leader, chief physician and one of the nurse-translators communicating with the crowd in 'the talk'.


The pre-triage process was also revised. Instead of a single physician and a nurse-translator selecting all the patients, we asked the nurse-translators working with us to participate. The three or four nurses were able to go to different parts of the crowd and could take more time to talk to the patients and their neighbors. This also served to divide the attention of the crowd. Finally, instead of passing out tickets, we had the nurses mark each patient on the hand with a permanent marker. 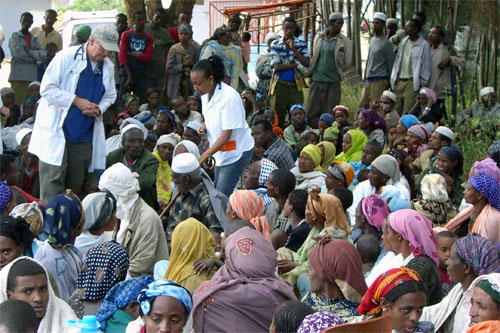 Figure 3: The physician and nurse-translator going into a section of the crowd to select patients.


Each patient with a mark was instructed to go to the triage area. After prior problems with people milling about the clinic, it was decided to cordon off the area, admitting only people with a mark on their hand. Drawing from the experiences of others, we suspended a rope and one of the clinic workers checked for the mark before allowing patients entrance to the clinic3.

In triage, one of our experienced nurses worked with a nurse-translator to determine the chief complaints. A record was started for each patient, vital signs taken and each patient issued duplicate matching tickets, one to see the physician and another to gain admission to the pharmacy. Each record specified the examination room where the patient would be seen, and in which order.

We found that a specific logistics person was integral to smooth operations. Most of our patients had never seen a physician before and had no idea how to maneuver through our system. The logistics person directed people to correct locations, answered questions and solved problems as they occurred.

Figure 4: Diagram of the patient flow used in the rural mobile clinics. The new approach includes the introductory session.

With some trepidation, we returned for a third day at this same clinic. The team leader gave 'the talk' to a crowd of over 200 people. Despite a lack of voice amplification, the crowd was responsive and indicated their understanding and agreement. Several community leaders were active during the talk, themselves asking questions and keeping the crowd calm.

As the staff from the (enlarged) pre-triage group went through the crowd, the atmosphere was radically different. There were several clear instances of people indicating sicker neighbors or others who had traveled more than a day to be seen. Whenever this occurred, we stopped, pointed this out to the people around us, and spoke a blessing to these members of the community who were proving to be true neighbors. The pre-triage process went smoothly and we found that we were able to see greater numbers of patients as a result.

The same approach was used subsequently at three additional sites over a two-week period without further incident. We also found that the lack of crowd unrest changed how we personally felt about our work in these communities, and we believe this enhanced our work as representatives of Project Mercy.

We came to the following conclusions regarding the selection of patients from a large crowd for treatment at rural mobile clinics:

We found, largely through experience, that the method of patient selection was an essential part of the success of a mobile medical team. It not only established a method through which appropriate patients were chosen, but also set the tone for the entire outreach.

This PDF has been produced for your convenience. Always refer to the live site https://www.rrh.org.au/journal/article/955 for the Version of Record.