Profile And Contributions To This Article 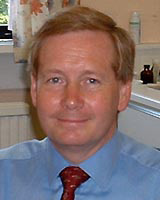