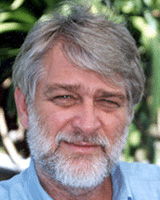 Currently Director of the Mt Isa Centre for Rural and Remote Health, Dennis Pashen has had a long interest in professional training and education for rural and remote health. He has a background in general practice, medical education and population health.

He has spent 20 years in procedural general practice. In 1995 he moved to Townsville to take up a joint position in setting up and managing the North Queensland Rural Division of General Practice and as a Senior Lecturer in the RACGP Training Program and subsequently, the North Queensland Clinical School of the University of Queensland. In August 1997 he assumed the Directorship of the newly formed Mt Isa Centre for Rural and Remote Health, the University Department of Rural Health for Queensland.

He has worked at Faculty, North Queensland Sub Faculty and Committee level with Royal Australian College of General Practitioners, on a number of working parties and is a Fellow of the Australian College of Rural and Remote Medicine as well as the RACGP. He graduated with a Masters in Public Health and Tropical Medicine in 1996.

During his directorship, MICRRH has received and completed a range of innovative grants, including the national Population Health Education for Clinicians, a number of RHSET grants for remote Indigenous Health Worker, nursing and allied health education.

He has held a number of positions on statutory bodies, including the Northern Regional Health Authority, and a continuing position on the Rural Health Advisory Council to the State Minister of Health, including Chair of the Medical Sub-committee of the RHAC. He was awarded the Centenary of Federation Medal in 2001.