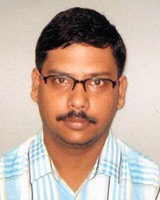 © Suman Chakrabarty, Mitashree Mitra 2010 A licence to publish this material has been given to James Cook University, jcu.edu.au

We would like to draw Rural and Remote Health readers' attention to the plight of Indian tribal communities living in protected forest areas (National Parks and Sanctuaries), and also those who have been 'rehabilitated' or displaced outside their traditional habitats in order to protect diverse forest ecosystems and mega-biodiversity1.

The problem dates from the creation of the Wildlife Protection Act 1972 in India, under which the rights of local communities, especially Indian tribal communities, were curtailed. As a result of the Act their sources of livelihood were constricted, leading to food insecurity and related health consequences2.

However, in 1988 the National Forest Policy heralded a significant shift in forest policy by acknowledging the needs and interests of local communities concerning their utilization of forest resources, and involving them in the protection and regeneration of forests3. However, deforestation and violation of local community interests continued, due to the conflict between conserving endangered natural resources and promoting the economic development of forest communities, which often failed to protect forests4.

There is growing evidence of these issues among the Kadars who live in a Wildlife Sanctuary5 and other Indigenous communities in the Mudumalai Wildlife Sanctuary of Southern India2. While these studies focus largely on resource use patterns and socio-cultural change among the communities, but no attention has been paid to the ultimate impact on the health and nutritional status of the tribal groups. In fact, very few studies have attempted to understand socio-economic and health issues among tribal groups rehabilitated (moved) from conserved areas.

The authors have observed Indigenous communities at Madhav National Park and Achanakmar Tiger Reserve in Central India and adjoining areas. Only one village, Gatwa, remains inside the Madhav National Park, which is inhabitated by the primitive Sahariya tribe. However the rehabilitation process is being conducted at the Achanakmar Tiger Reserve, mostly inhabited by the primitive Baiga tribe. Most of the rehabilitated villages are located outside, where the vegetation is considerably reduced, compared to the protected forest areas. Villagers living inside the protected areas depend largely on forest resources for their subsistence and now face difficulty in gathering foods and medicinal plants, due to the fear of violating the Act. It appears that this may be the cause for an increasing prevalence of under-nutrition, and an increase in malaria and other communicable diseases.

The situation is even worse among their rehabilitated counterparts who are unable to collect food from the forest and medical plants to use in their unique healthcare system. They live in unhygienic micro-environmental conditions and suffer from severe gastrointestinal problems, which are compounded by excessive alcohol intake and related under-nutrition. They also suffer from a high incidence of a range of diseases and adverse health conditions, including tuberculosis, diarrhea, intestinal parasitic infection, skin diseases and sexually transmitted diseases. Females are the most vulnerable group, due to a very high workload and often severe abuse by their partners.

Therefore, we strongly suggest that India's forest policy should include continuous monitoring of the health status of tribal people rehabilitated from protected areas, and also of the forest-living tribes. We also strongly recommend consideration of the importance of securing livelihood options for both, which may be related.

5. Mahendrakumar MS. Ecocultural Adaptation of the Kadars of Kerala. Studies of Tribes and Tribals 2005; 3: 99-104.
This PDF has been produced for your convenience. Always refer to the live site https://www.rrh.org.au/journal/article/1431 for the Version of Record.