Nicorandil infusion during inter-hospital transfer of patients with acute coronary syndrome - What can we do in a rural area of Japan? 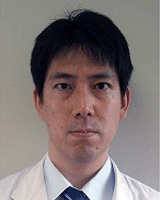 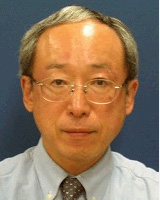 Timely coronary reperfusion is the most effective therapy for acute coronary syndrome (ACS). For residents living in rural areas, it is a critical problem that most local hospitals do not have acute percutaneous coronary intervention (PCI) capability. Treatment delays due to patient transport have a deleterious effect on infarct size. Thrombolytic therapy is indicated for the patients with ST elevation myocardial infarction (STEMI)1. However, thrombolysis is not recommended for patients with non-ST elevation myocardial infarction (NSTEMI) and unstable angina. Antiplatelet therapy with aspirin is usually started, and unfractionated heparin is injected intravenously. Unfortunately, glycoprotein IIb/IIIa inhibitors are not available in Japan.

There have been many reports about early adjunctive pharmacological therapy in myocardial infarction2,3. Recently, administration of nicorandil, a hybrid of a nitrate and an ATP-sensitive K+ channel opener, before PCI, has been shown to improve clinical outcomes4. For these reasons, the authors have been trying a nicorandil infusion protocol during inter-hospital transfer.

Aso Central Hospital is located at the foot of Mt Aso. Mt Aso is one of the world's largest volcanic calderas, located about 40 km east of Kumamoto City (Fig1). The circumference of the caldera is estimated to be 120 km. Aso city is located in the center of the caldera of Mt Aso, where approximately 30,000 people live. There is no PCI-capable hospital in the Aso area. The mean time to transfer from Aso City to hospitals in Kumamoto City is 48 minutes.

After diagnosis of ACS, 12 mg of nicorandil dissolved in 100 mL of 0.9% saline was administered. First, 6 mg of nicorandil (50 mL) was injected over 5 minutes. The remaining 6 mg was infused during inter-hospital transfer (1 mL/minute). Nicorandil is a vasodilatory drug, which is contraindicated in patients with cardiogenic shock, right ventricular infarction, left ventricular failure with low filling pressure and hypotension. These patients were excluded. The strategy used was approved by the hospital institutional review board for research on human subjects. The physicians obtained informed consent from each patient (ethics approval no. 5).

Between April 2011 and February 2013, 12 patients with ACS underwent adjunctive nicorandil infusion during inter-hospital transfer. Seven patients with NSTEMI/unstable angina were included in this study. No patient died during transport, and adverse effects of nicorandil were not observed. Chest discomforts were reduced by nicorandil infusion in all seven patients. The sum of ST-segment depression >0.5 mm before and after nicorandil infusion (prior to reperfusion therapy) was compared. ST-segment resolution during inter-hospital transfer was observed in five patients. Recanalization before PCI was confirmed in six patients.

In areas with a shortage of physicians, simple treatment is required so that non-cardiologists can transfer ACS patients safely to PCI-capable hospitals. 'Drip and ship' nicorandil infusion during inter-hospital transfer is a simple and safe method. Nicorandil injection improves pulmonary capillary wedge pressure and cardiac index. Improving the haemodynamic state might partially contribute to the relief of chest discomfort. In some patients that received nicorandil infusion, not only relief of chest discomfort but ST resolution was observed, even before reperfusion therapy.

Vasospastic angina plays an important role in the pathogenesis of ACS in Japanese patients5. The authors experienced a case of active variant angina refractory to sublingual nitroglycerin. In this case, vasospasm was successfully stabilized by our nicorandil infusion protocol. This method might be useful for these patients.

The number of study patients was too small to draw definitive conclusions. A prospective, population-based study is needed in the future to confirm the safety and usefulness of this method.

The 'drip and ship' method of treating ACS patients is simple, safe and can be used by all physicians. This method might improve the quality of ACS treatment in rural areas.

The authors are grateful to Yoshio Yamabe (Yamabe Power Studio) for his important contributions to the map preparation.

2. Gerczuk PZ, Kloner RA. An update on cardioprotection: a review of the latest adjunctive therapies to limit myocardial infarction size in clinical trials. Journal of American College of Cardiology 2012; 59(11): 969-978.

This PDF has been produced for your convenience. Always refer to the live site https://www.rrh.org.au/journal/article/2652 for the Version of Record.