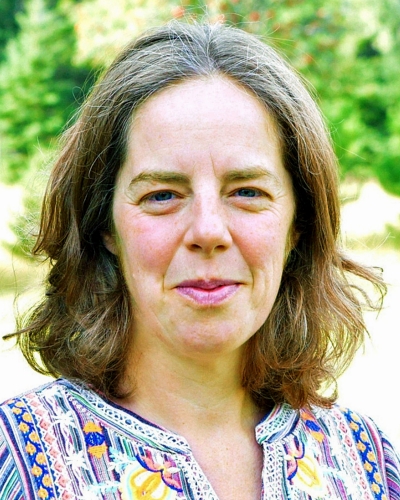 Context:  Food insecurity in northern, remote Canadian communities has become increasingly recognised as a significant issue in rural health research and policy. Over the past decade, numerous government and academic reports have emerged, documenting the severity of this issue for the health people living in the Canadian north. People living in northern and remote Canadian communities experience significant challenges related to the cost, quality, and variety of market (store-bought) foods. These issues may be of particular concern for those living with chronic diseases that require therapeutic diets, such as chronic kidney disease (CKD).
Issues:  There is little to no research that documents the impact of food insecurity on disease management and quality of life for those living with CKD and end-stage renal disease (ESRD). There is also limited literature on food access for people living with ESRD in northern and remote communities. People living with food insecurity and CKD in remote communities might experience significant challenges in accessing the foods necessary for adhering to dietary guidelines.
Lessons learned:  This commentary examines northern food insecurity and draws attention to dietary challenges for residents of remote communities who are living on restricted or therapeutic diets due to chronic disease. In particular we point to the needs of those living with late-stage CKD and ESRD. We call attention to the need for clinicians to understand the capacity of patients to adhere to therapeutic dietary guidelines in remote communities.

Food insecurity in northern, remote Canadian communities has become increasingly recognised as a significant issue in rural health research and policy. Over the past decade, numerous government and academic reports have emerged, documenting the severity of this issue for the health people living in the Canadian north. These include comprehensive reports and reviews, such as those published by the Council of Canadian Academies (CCA)1 and Canada’s Public Policy Forum2, which document significant issues in northern food systems and associated health impacts, especially for northern Indigenous communities. While the Canadian Government has implemented efforts to alleviate food insecurity in the north, particularly through the Nutrition North program, reports produced by the Auditor General3 and a statement by the UN Special Rapporteur on the Right to Food4 have identified significant faults with those programs. Others have noted that not only are there faults within these programs, but also they fail to provide a comprehensive response to food security concerns1,5. Many regional Indigenous governments and individual remote communities have also implemented programs to increase food security6,7; however, these efforts as well as provincial, state, and federal efforts have failed to address the specific dietary requirements of people living with certain chronic diseases (such as chronic kidney disease, hypertension, and diabetes).

This commentary examines northern food insecurity, and draws attention to what is an apparently unexamined issue: dietary challenges for those living on restricted or therapeutic diets due to chronic disease. In particular we point to the needs of those living with late-stage chronic kidney disease (CKD) and end-stage renal disease (ESRD). We call attention to the need for clinicians to understand the capacity of patients to adhere to therapeutic dietary guidelines in remote communities.

Issues in accessibility, availability, and quality of store-bought food

The reasons for higher rates of food security in the North are complex. Northern communities experience food security issues that are unique and specific to northern and remote locations. Northerners often utilize a combination of store-bought (market) foods, foods grown within or near communities, and ‘country foods’ (a term used by many northern First Nations and Inuit communities to refer to what is also known as traditional foods or hunted/harvested foods) to meet their needs1,2,5. Each of these methods of food access can support food security and CKD or ESRD dietary adherence; however, for the purposes of this commentary we focus on market foods, due to their significant role in diets for persons living with CKD and ESRD in northern communities. (We note that traditional or ‘country’ foods should be considered as a potentially important component of CKD and ESRD diets for people living in remote communities; however, store-bought foods still play a significant and primary role in these therapeutic diets. We also note that access to country foods is limited in many communities due to a variety of factors10.) People living with CKD or ESRD are particularly limited in their access to country foods due to the issues discussed by Schiff and Brunger10 as well as mobility restrictions that often accompany the disease and comorbid conditions. Numerous factors affect access to safe, healthy, and adequate market foods for northerners. Long-distance transportation to remote areas has a significant impact on the availability, quality, and cost of store-bought foods1,2. Fuel and other costs associated with food transportation contribute to food costs that are significantly higher than those found in Canada’s southern and more urban centers5. While food costs are higher in northern communities, when compared to their southern counterparts costs in less accessible northern communities are disproportionately higher than in northern urban centers5. In other words, food costs are inconsistent across the north such that more remote communities in the far north (such as Old Crow, Nain, Pangnirtung, and Resolute) experience much higher costs than those found in remote urban centres such as Yellowknife and Whitehorse. Food insecurity due to the high cost of retail foods is further complicated for the significant number of low-income households; these households face additional economic pressures in affording healthy foods1.

Equally important and concerning are issues related to the variety (selection), availability, and quality of market foods. A number of reports over the past 20 years have documented significant concerns related to quality of fresh and perishable foods, and the limited variety and types of fresh and non-perishable foods available for purchase in remote communities1,2,6-8. These reports provide specific examples of the types of foods that are available and not available for purchase in these communities, as well as providing more specific descriptions of concerns about quality and cost of store-bought foods. The limited variety, poor quality, and high cost of foods in northern, remote communities is especially concerning for persons living with chronic diseases with restricted diets, such as those with living with CKD.

Indigenous people in Canada experience a disproportionate burden of ESRD including higher prevalence of ESRD (almost three times the rate of non-Indigenous people in Canada) and higher death rates due to CKD9,11-13. A 2013 report of the Canadian Institute for Health Information found that First Nations people living in northern, remote communities experience higher rates of ESRD than their non-Aboriginal counterparts13. This burden is further complicated due to higher prevalence of co-morbidities.

Nutrition counselling with ESRD is a well-established feature of a number of clinical practice guidelines. Both the Kidney Disease Quality Outcomes Initiative14 and the Academy of Nutrition and Dietetics15 describe the need for early medical nutrition therapy (MNT) with CKD. Given that many CKD patients experience protein-energy malnutrition, early and regular MNT focusing on protein, electrolyte and mineral requirements is recommended14,15. Evidence suggests that dietary manipulation can help mitigate anthropometric and biochemical abnormalities known to occur as part of CKD disease progression16. Dietary adjustment in ESRD is understood to improve patient outcomes by minimizing the impact of comorbid conditions16,17. Diabetes, hypertension, and mineral-bone disorders common in kidney disease have been closely linked with diet and require regular assessment and dietary intervention14-17. A recent integrative review by Lambert and colleagues pointed to a need to better understand the barriers to dietary adherence for people living with ESRD18.

Some research has pointed to unique and significant barriers experienced by people living with ESRD in remote communities, including limited community health services and travel distances to receive treatment13. These barriers impact treatment outcomes and create socioeconomic ripple effects in patients’ lives13. Some research documents food insecurity as a potential precursor to or intervention point for the prevention of CKD19-22. In a longitudinal cohort study of 12 678 adults living in the USA, Banerjee and colleagues found that food insecurity was associated with higher likelihood of progression from CKD to ESRD21. To the best of our knowledge, however, there is no research that documents the impact of food access on dietary adherence for people living with ESRD in northern and remote communities. People living with food insecurity and CKD in any community might experience significant challenges in accessing foods within the recommended dietary guidelines. In remote communities these challenges become much more complex. The limited variety and poor quality of foods available in those communities1,2 might mean that the foods necessary for adhering to dietary guidelines are not even available for purchase or might be so expensive that purchase is prohibitive.

We suggest that people living with ESRD in remote communities might experience significant challenges in adhering to dietary guidelines due to issues related to not only price but also lack of availability of appropriate foods. While food insecurity is a significant challenge for most residents of remote areas, the situation is even more severe for those living on restricted diets, including people living with CKD and ESRD. Limited availability and poor quality of food in remote communities means that those living on therapeutic diets have extremely limited ability to adhere to dietary guidelines.

For dietitians and other clinicians who support patients living in northern, remote communities, providing diet recommendations can be a challenge. Food insecurity is a barrier to self-management23-25, which is a key component to good health and living well with ESRD. Dietitians can make recommendations but cannot make the right foods appear in their patients’ homes or in the stores in their communities. For these reasons, changes to diet patterns and food intake may not occur despite the patient’s knowledge and desire to make a nutritional change26.

Ensuring access to safe foods for patients living in their home communities could allow patients to engage in a recommended diet that is tailored to their condition. Programs that address food access are needed to better support patients in remote communities. Programs such as Wholesome Wave (a healthy food prescription program in the USA)27 and a pilot food bank program in north-western Ontario28 may warrant further investigation. We suggest a need for more research examining these and other potential solutions that could address the interplay between food insecurity, ability to maintain a therapeutic diet, and health outcomes for those living with CKD and ESRD in rural and remote communities.

This PDF has been produced for your convenience. Always refer to the live site https://www.rrh.org.au/journal/article/5485 for the Version of Record.