Being a dispensing prescriber in rural South India 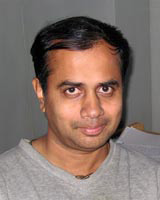 © P Ravi Shankar 2007 A licence to publish this material has been given to ARHEN, arhen.org.au

I would like to tell your readers about my experiences as a doctor and dispensing prescriber in rural South India.

Kerala state at the Southern tip of India leads the country in many parameters of human development. Kerala is densely populated and is an almost continuous corridor of towns and villages. Arrikode is a small village in the Malapurram district of Kerala state. Malapurram is populated mainly by Muslims. The village is situated at the district boundary with neighbouring Kozhikode. After finishing my MBBS, and with one year of work experience in a large hospital, I joined the staff of a small hospital at Arrikode. I regularly saw approximately 40 patients in the outpatient clinic, and would admit around five patients. There was another MBBS doctor in the village, who was many years senior to me. I worked in Arrikode for approximately 6 months. The professional and social isolation was the most difficult disadvantage to bear; however, the strain of always being on call also took its toll.

Ellakkal is a beautiful village near Munnar, a hill station and an increasingly popular tourist destination in the Idukki district of Kerala. Nestled in the Western Ghats (a hill chain parallel to the west coast of India) the area was remote. The hospital had an idyllic location and evenings were spent watching the curtain of mist slowly descend the mountains. The hospital had been a major care centre but with the passing of years its importance had decreased. There was another MBBS doctor with me and so the situation was better than at Arrikode.

At Ellakkal, the postal services were fairly efficient but newspapers would reach us only in the early afternoon. Internet services were conspicuous by their absence. A major problem was the lack of access to impartial sources of disease and medicines information. The medical representatives (MRs) made their rounds once a month and pharmaceutical company literature was the most easily accessible source of information. The MRs would leave samples and small personal gifts. Looking back on those days I have to admit that the interaction with the MRs did influence our prescribing behavior.

In both hospitals I was a dispensing prescriber. The MRs stocked the hospital pharmacy with various medicines and there was a subtle influence on us to prescribe them. Vitamins and tonics were medicines with high profit margins and were widely prescribed. In addition, in Arrikode during outpatient visits, patients were charged only for their medicines, which lead to the practice of polypharmacy - the greater the number and quantity of medicines sold, the greater the profit margin!

The absence of access to impartial sources of information was a major limitation. We had our old textbooks but the pharmaceutical industry promoted and supplied material did influence our prescribing. We could not crosscheck and verify the information supplied by the MRs and displayed in their colorful promotional materials.

Another problem was bed occupancy. In-patients were much more profitable to the hospital than outpatients, and there was pressure on us to admit more patients and retain them!

Even today, doctors in practice over much of rural South Asia face a similar situation. They too experience long working hours, the problem of being on call at all hours and on all days, the academic isolation, and the pressure to generate profits. The only opportunities to meet other doctors would be, as for us, local branch meetings of the Indian Medical Association and their continuing medical education programs (CME). The CME were invariably sponsored by the pharmaceutical industry.

Today I am a clinical pharmacologist and involved in a drug information center (DIC) at our teaching hospital in Pokhara, a lakeside city at the foot of the Annapurna Himalayas. However, our DIC mainly serves doctors from our hospital and from Pokhara city. Doctors and other prescribers from rural areas and small towns still lack access to unbiased information. Ensuring such access should be a matter of priority. The issue of dispensing prescribers should also be debated. In many parts of rural South Asia however, the doctor's clinic may be the only source of medicines. Rural doctors should be enlisted as a key ally in ensuring rational use of medicines in a region where even today a large majority of the population resides in villages and are still desperately poor by global standards.

This PDF has been produced for your convenience. Always refer to the live site https://www.rrh.org.au/journal/article/717 for the Version of Record.