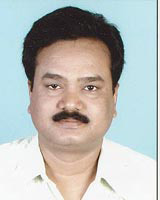 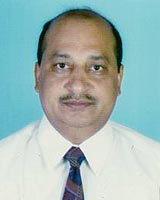 © Dinesh Kumar, Arvind Verma, Vijai K Sehgal 2007 A licence to publish this material has been given to ARHEN, arhen.org.au

Neonatal health care is concerned with the condition of the newborn from birth to 4 weeks (28 days) of age. Neonatal survival is a very sensitive indicator of population growth and socio-economic development. The survival rate of female infants correlates to subsequent population replacement. For these reasons, the issue of neonatal deaths is a serious national health concern, especially in developing countries where 96% of the world's approximate 5 million annual neonatal deaths occur1.

As well as targeting a reduction in infant mortality, the Government of India is committed to reducing the neonatal mortality rate to approximately 20/1000 live births by 20104. However, this aim requires the consideration of many contributing elements. Maternal factors that contribute to neonatal mortality have their origin long before the baby is born. The design of strategies to address this element necessitates the collation of information on maternal health and women's status throughout women's early (high risk of neonatal mortality among mothers less than 20 years of age) and reproductive life, which are typically difficult to obtain.

Two-thirds of infant deaths in India occur in the first month of life (with one-third of all neonatal deaths associated with low birth weight); approximately three-quarters of Indian neonatal deaths occur within one week of birth while 90% occur within the first 2 weeks of life5. A major challenge in Indian rural areas is that most births take place at home, assisted by untrained personnel6. As well as the risks associated with the use of traditional birth attendants7, the environment into which a child is born also influences survival. It is, therefore, important to know about risk factors such as the smoking of parents and unsafe water and sanitation, as well as specific neonatal disease and injury factors, such as diarrhea, neonatal sepsis, pneumonia or neonatal jaundice.

Finally, reports of neonatal deaths in India are often subsumed by the more often used indices of infant and child mortality, making it difficult to define the scope of the problem and design effective strategies. In order to address this fundamental national health concern, we call for strategies to be framed that clearly identify the incidence of, and influences on, neonatal deaths in India, with a specific focus on defining the problem in rural areas.

This PDF has been produced for your convenience. Always refer to the live site https://www.rrh.org.au/journal/article/833 for the Version of Record.