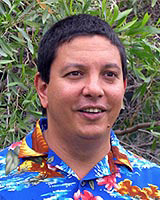 Tarun Sen Gupta is Professor of Health Professional Education and Head of the Townsville Clinical School at the James Cook University College of Medicine and Dentistry, North Queensland, Australia. He was in rural practice in Richmond, north-west Queensland from 1987-1993, and has worked in rural medical education since 1993. He is a Rural Generalist Training Adviser for Queensland's Rural Generalist Pathway, an executive member of the Rural Doctors Association of Queensland and the RDAQ Foundation, and Chair of the ACRRM Assessment Committee.

Are medical student results affected by allocation to different sites in a dispersed rural medical school?

The Queensland Health Rural Generalist Pathway: providing a medical workforce for the bush